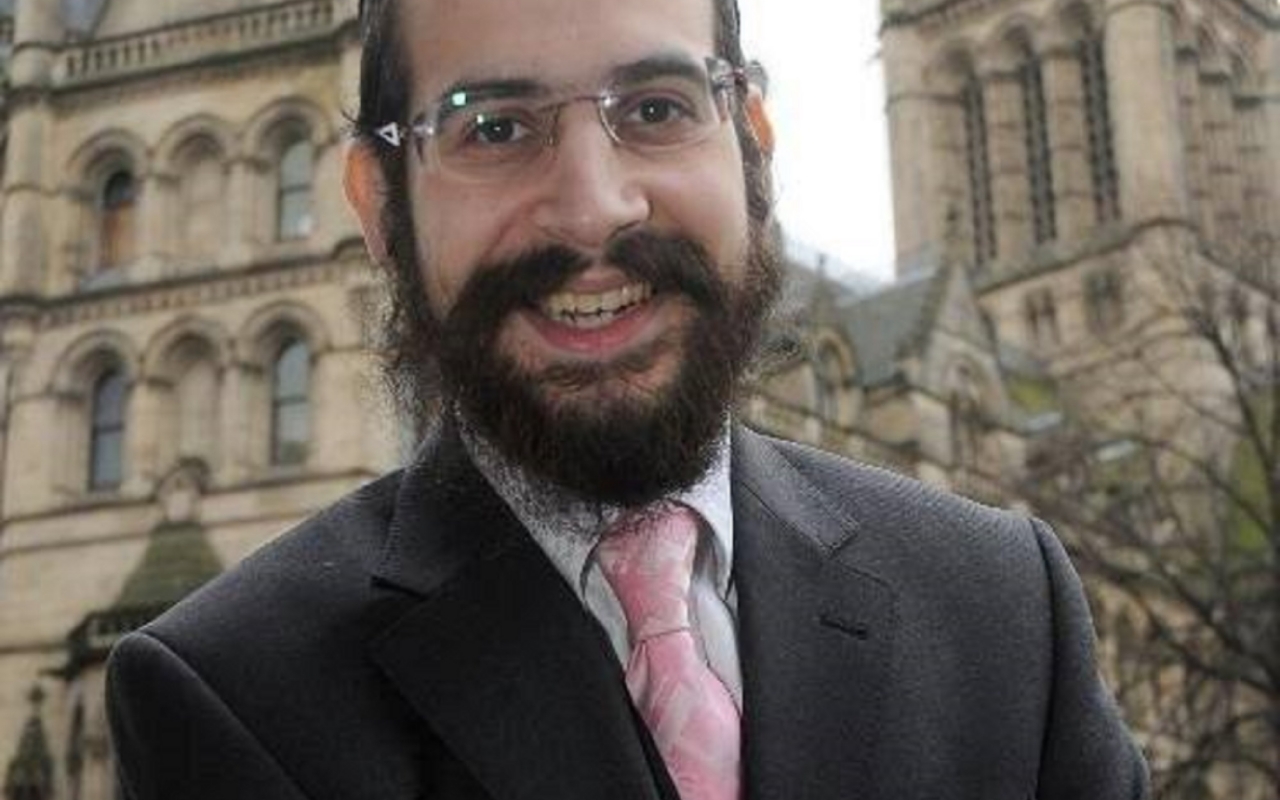 No, the triggering event was not Tommy Robinson getting away with setting fire to a Quran while surrounded by a group of football hooligans, British skinheads and travelling Ku Klux Klansmen waving confederate flags.

Nor did a Syrian state chemist, camped out in one of Asma al-Assad’s London properties — which along with her passport are in grave danger of being seized — ignite a copy of the Talmud Bavli he’d first doused in a vinaigrette of Sarin, Napthenic and Palmitic acid procured from the Presidential Palace in Damascus, live on camera!

If either of those two ludicrous scenarios actually occurred — they didn’t — you can bet your life there’d be headlines emblazoned across the front cover of every last British newspaper — both broadsheet and tabloid. The world’s Fake News Media would be in a frenzy!

However, because the following example of actual hate speech was perpetrated against British Christians, and on this occasion by a religious fanatic with membership of the West’s most protected group, the mainstream media, with the exception of the Israeli press and Daily Mail, have remained silent. 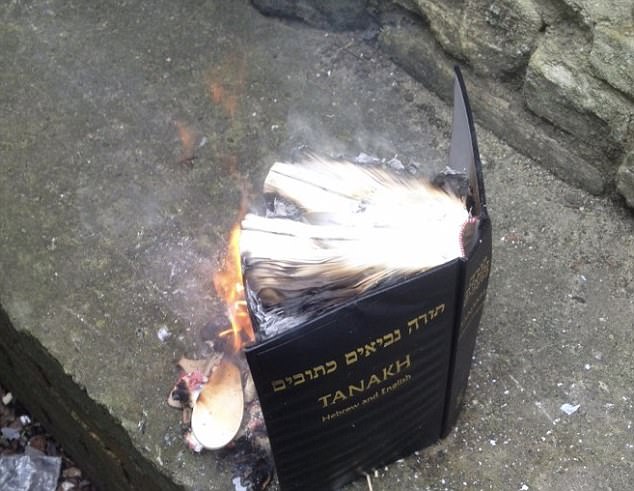 Earlier this month Shneur Odze, a Salford based Hasidic rabbi from the Lubavitcher sect who moonlights as a high-ranking Parliamentary and Mayoral candidate for UKIP (Odze is standing at the forthcoming Manchester mayoral election), Friends of Israel organiser, and Breitbart author, took to Facebook to set fire to a copy of the holy Christian bible.

He found it sitting in his synagogue, with the cover purporting to be a Jewish bible.

Daily Mail article all but defending the man’s actions:

“An Orthodox Jewish rabbi who is standing for Ukip in a mayoral election has apologised for burning a ‘bible’ and posting the pictures on social media.

Shneur Odze, who is standing against former Health Secretary Andy Burnham in Manchester, reacted with fury last Sunday when he found a religious tract in his synagogue which purported to be a Jewish bible.

To compound the provocation it was put there during Passover, the holiest time of the Jewish calendar.”

Odze, who was shortlisted by UKIP to become a member of the European Parliament, in fact did more than just burn the book in a dumpster behind his Salford Synagogue.  He took to the streets with camera in tow, to proclaim to the world just how much he hates Christianity and its adherents.

After ritualistically incinerating the bible on camera he logged on to his personal Facebook account to broadcast his venom to his predominantly Christian UKIP-supporting friends, before tweeting his madness around the globe. The Tweet has since been deleted.

He tweeted the following passage accompanied the image of a burning bible: “Grateful to whoever put a missionary bible amongst our synagogue’s books. Was wondering what I’d burn my Chametz with,” a reference to the leavened bread that Jews incinerate on the eve of the Passover festival. 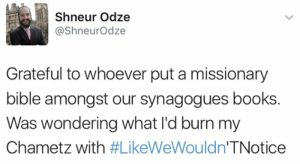 This is not the first time Rabbi Odze, who currently is listed fourth on UKIP’s MEP list for the North West of England, has found himself in hot water for his dogmatic religious fanaticism.

In the run-up to the last general election, Odze stunned party insiders by refusing to shake the hands of female UKIP members during a political event. Although numerous complaints were lodged against Odze by offended party members, leadership opted to give him a pass, on the grounds of “religious liberty” — something no longer afforded to British Christians.

However, although he won’t shake the hands of female opponents, he allegedly was involved in a sado-masochistic relationship with a woman he met online. According to a Daily Mail article, Ozde, who is married,

None of what I’ve just penned will come as any great surprise to people following British politics. UKIP is indubitably beholden Jewish interests. Sharia law has more in common with  Chabad–Lubavitch law than it does Moderate Islam. Adherents of both are in fact afforded far more religious latitude than Christians in contemporary Britain.

And again, just as when Odze set fire to the bible he’d found in his synagogue, with the exception of one or two British papers, only the Israeli Press covered the man’s fanaticism.

The mainstream Right were either too scared, in denial or oblivious to the hypocrisy their decision to give this man a free pass represented.

Odze, through his actions since the 2015 General Election illustrates — even more so than in the case of Tory warmonger, Grant Schapps, and other more high profile exemplars of Jewish hypocrisy — what happens when you allow fanatical Jewish ethno-nationalists to import their uniquely Jewish brand of conservatism into Western populist political parties. Their relentless pursuit of their own ethnic interests, combined with the recognition that they will be held above criticism, has resulted in a series of very dangerous precedents being set.

Now, If I may be so bold, I ask that you envision for a moment, what would happen if you or I burned a copy of a Talmud we found in our local church library — a book that in fact preaches hatred against Christians and non-Jews, incites violence and all but gives Israeli colonisers the scriptural impetus to exterminate the indigenous Palestinian population.

Imagine we consummated the incendiary act on social media while representing UKIP at a parliamentary or Mayoral election — a party that’s widely viewed as sympathetic to the Nationalist cause, pro-White and pro-Christian!

The Mainstream Media would then call for the termination of our electoral campaigns.

UKIP Friends of Israel would demand an apology from the party’s inept leader, Paul Nuttall, which he’d undoubtedly give. 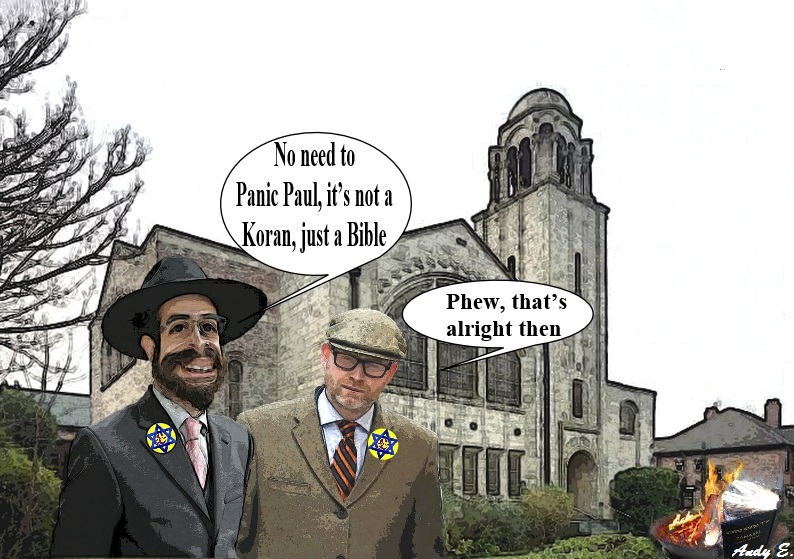 We’d find ourselves humiliated in the Press — as I was when I was suspended for anti-Semitism one week prior to the 2015 General Election — and we’d be shown the proverbial door by UKIP’s high powered legal team.

That’s precisely what happened to me. And in that exact order.

It also should come as no surprise that it was Rabbi Odze who targeted me during my parliamentary run — sending me a series of menacing tweets referencing the anti-Semitism he found in articles I’d penned for various online publications — as well as contributing commentary critical of my beliefs, in the British Jewish News and Times of Israel article that covered my ordeal.

Shneur Odze, the head of UKIP Friends of Israel and prospective Member of European Parliament, “warmly welcomed” the suspension which “sends out a strong message to any racists, you won’t find a home in UKIP.

So, in light of how UKIP’s handled others guilty of far less egregious examples of hate speech, how did UKIP react to Odze’s bible burning? What stern remonstration and appropriate punishment did the party dole out against the fanatical Lubavitcher Rabbi?

Not even a slap on the wrist.

In fact, the UKIP spokesman tasked with handling any possible fallout from Odze’s indiscretion defended his actions, calling them “misunderstood”:  “While we understand the act, it was ill-advised to put a picture of it on social media which was also provocative and likely to be misunderstood.”

You couldn’t make this stuff up if you tried.

Odze’s bible-burning demonstrates more than any other instance I’ve witnessed, how easily hate speech laws can be manipulated into stifling free speech and expression when it comes from people who would defend the traditional people and culture of Britain as well as the blatant double-standard that exists for those of us falsely accused of hate speech, and those granted immunity when actually perpetrating it — as well as which religions are protected, and which ones are criminalised.

While Islam and Judaism continue to be immune from even the most constructive criticism, Christianity has all but been criminalised — in both Britain, and as evidenced by how Odze’s antics have been handled, in UKIP.

In fact, not since Emperor Diocletian ruled our hallowed isle have Christians been as persecuted.

Last month two Christian preachers were convicted for simply quoting passages from the Bible to a crowd of Muslims and LGBT supporters.

A British magistrate has convicted two Christian street preachers of disorderly conduct and using “threatening and abusive words … likely to cause alarm.
Their crime: speaking about Christianity in a sometimes-hostile crowd that includes Muslims and LGBT supporters.
At the time of the preachers’ arrest, the arresting officer chided one of the men, saying, “People were getting angry. You were challenging homophobia. [??!] You were challenging Muslims.” The officer accused them of “anti-social behavior.”
While the judge dismissed charges against a third man, he convicted Michael Overd and Michael Stockwell on Tuesday. They face up to six months in jail.”

Yes, six months in jail for telling sinners and non-believers their opinion.

I shudder to think what would have happened to these men if, with bibles in hand, they’d engaged a mob of leftists. 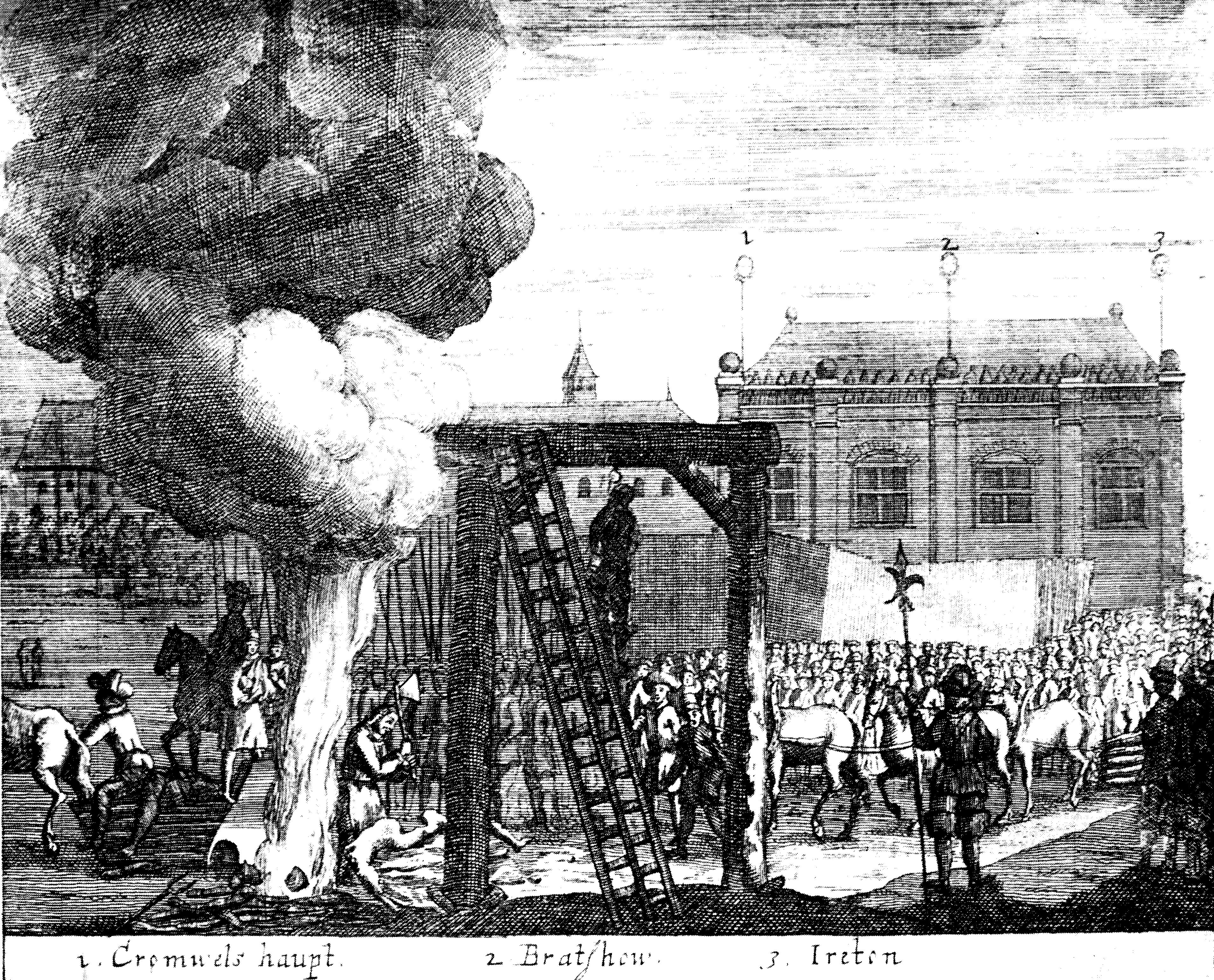 Jack Sen is the co-founder of Resistance Radio www.resistanceradio.tv  and the British Renaissance Policy institute.