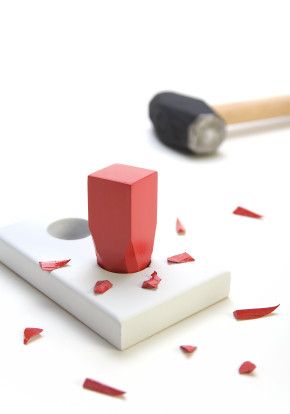 Crazy people happen. It’s a statistical inevitability. If there is one thing that probably transcends racial, political, and economic factors, it’s craziness. For all the attempts by the mainstream media to frame White males, especially right-leaning White males, as having a monopoly on mania, it’s pretty much an equal opportunity affliction. Remember the media jumping to conclusions when the Beltway Sniper was shooting seemingly random Black people? Remember the old canard about serial killers always being White males on all the cop shows? Remember the recent Time Magazine feature on the return of the dreaded militias?

They have a template, and, by God, facts aren’t going to get in the way. They will cram this square peg into a round hole. Numerous mainstream media sources and even government agencies have jumped to conclusions about yesterday’s tragic massacre in Tucson, including, allegedly, the Department of Homeland Security:

[S]trong suspicion is being directed at AmRen / American Renaissance. Suspect is possibly linked to this group. (through videos posted on his myspace and YouTube account.). The group’s ideology is anti government, anti immigration, anti ZOG (Zionist Occupational Government), anti Semitic. Gabrielle Gifford [sic] is the first Jewish female elected to such a high position in the US government. She was also opposite this group’s ideology when it came to immigration debate.

This news will come as a shock to the numerous Jewish speakers and supporters of Jared Taylor’s American Renaissance organization, many of whom I met at the 2008 conference. AmRen has been quick to respond to this irresponsible and inaccurate speculation:

AR is not anti-government, anti-Semitic, or anti-ZOG, as is clear from the 20 years of back issues that are posted on our website. The expression “ZOG” has never appeared in the pages of AR, and we have has always welcomed Jewish participation in our work. Many of the speakers at American Renaissance conferences have been Jewish.

If this memo is typical of the research done by the Department of Homeland Security, our country is in serious danger.

Indeed. It’s chilling to see how eager the federal government is to frame this incident in racial terms and go after White Advocates. Had this psycho been on the right and pro-White, and had they pounced on an organization that wasn’t so blatantly pro-Jewish (ask Mark Potok!), some of our leadership may well have been in police custody by now.

Meanwhile, our friends at Imagine 2050, the folks who openly fantasize about the date of our displacement, have joined the Department of Homeland Security in venturing off into self-parody with their grasping attempt to cram this unfortunate episode into their template. These vultures were swirling around for opportunities to pick some political points out of the carnage at the first sight of blood.

In the aftermath of today’s tragic events in Tucson, the motive of the shooter who killed six and injured over a dozen others, including Congresswoman Gabrielle Giffords, is still in question.

But that doesn’t stop Stephen from answering it.

Giffords was one of 20 Democratic Congressmen and women, quite literally, targeted by Sarah Palin during the 2010 midterm elections. Palin released a map of the United States with 20 cross-hairs over the states the 20 House Democrats represented.

Are you suggesting that Palin intended this map to imply that people were supposed to shoot the candidates? Or is that a conclusion you want to imply, but is too irresponsible and stupid to explicitly verbalize? If I wrote an article entitled, “Stephen’s mother, a prostitute?”, then noted that I had seen her “on the street”, it would behoove me to substantiate my inflammatory insinuation. Out of this side of your mouth, you’re deliberately polarizing the discourse with dishonest and hateful rhetoric. Out of the other side of your mouth, you’re a watchdog on the lookout for such rhetoric.

Jared Loughner’s YouTube page features bizarre video of flag burning and a list of his favorite books including Mein Kampf by Adolf Hitler. These early signs indicate that Loughner was likely involved in some way with one of Arizona’s numerous neo-Nazi or white power groups. Unfortunately, inflamed rhetoric, like Palin’s campaign message, only gives credence to the violent acts of far right extremists.

Notice here how Stephen employs the time-honored tactic of lying by omission. Imagine how effective that tactic must have been before the Internet existed. Now, within less than a minute, we can confirm that Jared’s reading list also included The Communist Manifesto. Stephen deliberately omitted that fact because he wants to jump to the conclusion, that the gunman was “likely” linked to racists, in the very next sentence. And wouldn’t burning an American flag be the very antithesis of the Tea Partier stereotype? Wouldn’t that kind of behavior “link” him with leftist antifa types?

Note that I’m not trying to blame his actions on the political left. The inconsistent nature of his political views, the bizarre nature of his obsessions with language and mind control, and the erratic behavior described by his acquaintances imply, if anything, that his politics were largely irrelevant. The guy is probably just crazy.

Violent rhetoric by the far right is more than just irresponsible, it’s an attack on American democracy. The consequences are serious. And deadly.

No, Stephen. You’re the one trying to suggest that the tens of millions of Tea Party supporters who are actively engaged in the democratic process should be treated like dangerous criminals. That’s an attack on American democracy. Stop imagining things.