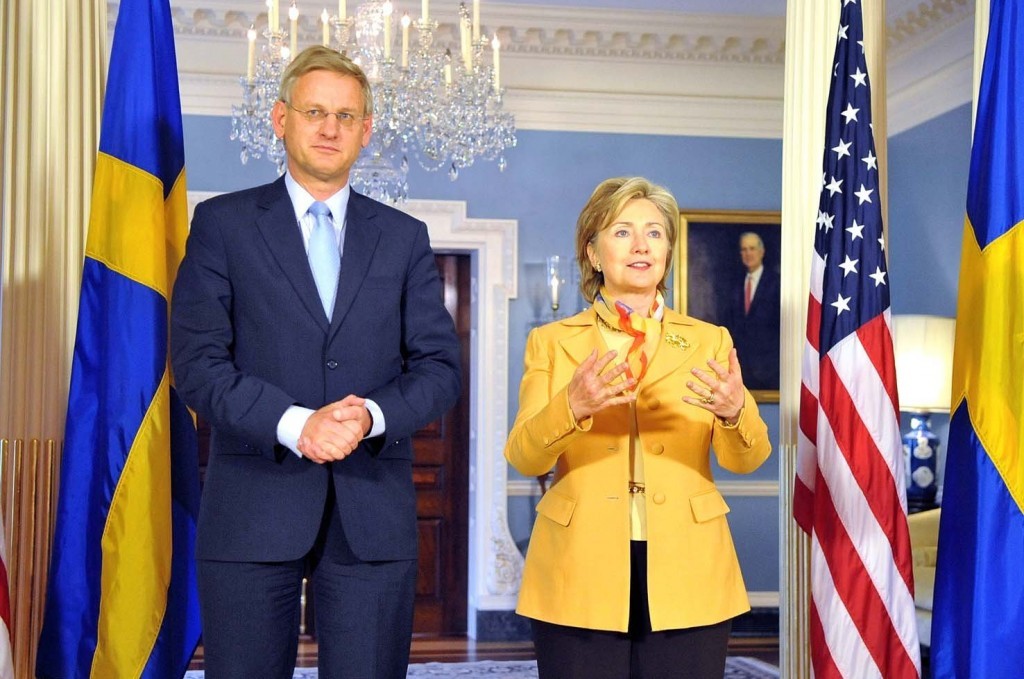 Recently leaked Wikileaks documents reveals that Carl Bildt, the Swedish Foreign Secretary, privately believes that immigration from Iraq is problematic. These Iraqis are a mixed bunch, but are mostly composed Assyrians/Syriacs, an ethnic minority of Orthodox Christian denomination residing in several countries in the middle-east. They have settled in large numbers in Sweden where they have segregated themselves from the surrounding native population. As with all non-European immigrantion, their presence has caused many serious problems, not least among them the emergence of organised crime.

Bildt has referred to the immigrants as “difficult to assimilate” and “poorly educated.” He also cited their involvement in several “honor killings as prompting more calls for stronger immigration policies from the Swedish public.” (As far as I know, honour killings are primarily a Kurdish/Islamic “cultural practice” and not an Assyrian/Syriac one.)

How is this significant? Bildt is not saying anything very controversial. He could have mentioned the rampant violent and sexual crime directed towards Swedes. The point is who is saying it, rather than what is being said. A point emphasized at TOO is that our enemies occupy prestigious positions in academia, politics, business and other areas. This has enabled them to spout politically correct nonsense without presenting evidence simply because they are professors, media figures, ministers, and so forth. Opponents could be dismissed instead of debated with. After all, who are you going to believe in a political debate, a truck-driver or a professor? The same applies in the current situation, but to the detriment of the establishment. The establishment simply cannot dismiss a high-ranking, well-respected and experienced minister in the government as a bigot, nut-job or a hillbilly. This can be seen in that in this case the usual ad-hominem tactics have been dispensed with. Rather than condemn him for moral turpitude or intellectual deficits, many of Bildt’s political opponents appear to be suggesting that he doesn’t really believe what he is alleged to have said:

Emma Henriksson, migration policy spokeswoman for the Christian Democrats, found the documents “troublesome” and said that she would bring them up with Bildt when she meets with him next week and ask if they are actually true.

Like several others, Cecilia Wikström, European Parliament member for the Liberal Party, hoped that the ministers were misquoted.

“It is appalling rhetoric. I really hope and do not want to believe that they may have said something so abominable,” she told SvD on Friday.

One MP from the Green Party suggests he is merely adapting to the rhetoric of the Sweden Democrats:

“On the part of the Moderates, they have adapted to the xenophobic forces, which [Prime Minister Fredrik] Reinfeldt said that they would never do,” she said.

Coming on the heels of the sensation caused by Thilo Sarrazin’s book (see “Policing the Elites,” TOO, 9/4/2010) and the alleged anti-Arab remarks of Brice Hortefeux, French Interior Minister, this incident boosts the credibility of anti-immigration forces because it confirms that people at the top levels of the establishment who publicly condemn “racists,” privately agree with them.