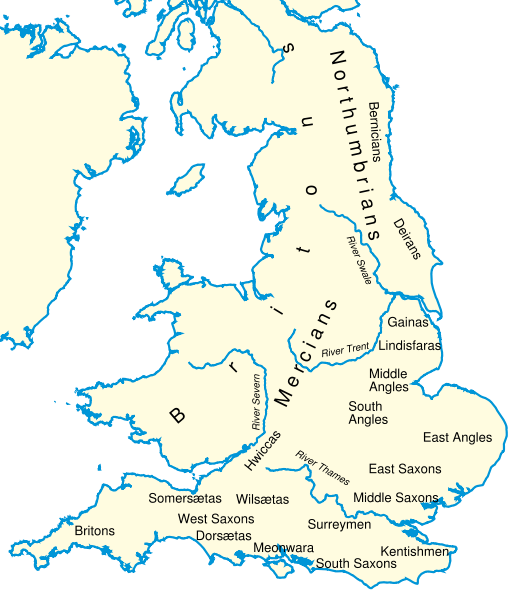 The first three programs from the television series Monarchy by the British historian David Starkey are currently being featured by TOO in its video section. The program first aired on British television from 2004 to 2006. The BBC page on the series is here. The DVD can be purchased through TOO here.

The program is one of many contributions to an ongoing discussion about English and British identity. Starkey focuses on the history of the monarchy, from the withdrawal of the Roman legions to modern times. The monarchy is the oldest institution in Britain, originating with the Angles, Saxons and Jutes (abbreviated to “Saxons”) who settled in large numbers around 500 A.D. The Saxons were relatively egalitarian, selecting their kings and expecting them to rule with the consent of the people. The Normans, who five centuries later literally decapitated the Saxon monarchy and took its place, were obliged after a time to adopt what had become a core feature of English political tradition. Starkey attributes English representative democracy to this ancient Saxon folkway, though he makes no attempt to compare it with the preceeding native Celtic polities. Was not Boudica a popular patriotic leader? The question is more than academic because there is much evidence that Anglo Saxon Britons carry a great many Celtic genes, as discussed further below.

Nowhere does Professor Starkey draw comparisons with other civilizations and show that democracy in stratified societies is a monopoly of European derived peoples, as argued by Kevin MacDonald—ancient Greece and Rome, to some extent the ancient Saxons kingdoms, England and the Icelanders. Nowhere is he so impertinent as to suggest that the democratic impulse springs from European ethnicity or that Anglo Saxons or any other tribes have an interest in maintaining themselves. Nevertheless it is an instructive program.

We can expect more popularizations concerning English and British identity if only to satisfy demand. There is a general sense among the British that their identity is under threat. As the country is steadily colonised by visible minorities from the Third World, the competition to redefine the country’s identity acquires high stakes. The establishment, without any opposition from Britain’s oldest institution, is attempting to steer the discussion in a direction that will help native Britons accept the ethnic transformation of their country.

Genetics is one aspect of the discussion concerning identity, and in a scientific age an important one. When identity correlates with genes, such as in matters pertaining to ethnicity, nationality, and race, the great emotions often evoked are completely appropriate because they bear on survival. Not personal survival. Everyone dies sooner or later. But the higher form, the reproduction of kin. J. Philippe Rushton, Ted Sallis and Frank Salter have laid this out convincingly, showing how it derives from evolutionary theory. The inarticulate yet powerful feeling of protectiveness towards group identity is adaptive like the sex drive or hunger or thirst, though more dependent on culture. Defending the status and meaning of who we are generally defends what we are. Pride and attachment to group identity is the functional equivalent of parents loving their children.

The Wikipedia entry on the Anglo Saxon settlement of Britain surveys some of the genetic evidence of the conquest’s genetic impact. The article wisely does not come down in favour of any one interpretation. There is no scientific consensus. The discussion is in flux. The Wikipedia article provides the main hypotheses of interest to genetic identity:

Whichever of these emerges as the truest hypothesis, it does not reduce the measured genetic similarity of the British peoples, our similarity to other native populations of Europe, or our manifest racial identity. Moreover the archaeological evidence is that we are the indigenous peoples of the British isles or, at the least, of Western Europe, reaching back perhaps 30,000 years with some amalgamations along the way. These are the important facts to keep in mind because our identity, genetic unity and possession of our ancient lands are being reduced or swept away in a historical eye-blink.