On Wednesday, American Renaissance magazine said plans for its annual conference are now in limbo because the hotel where it was scheduled to take place canceled the reservation.

An e-mail Cannon sent to a constituent early this week suggested he was lobbying local hotels to refuse to book American Renaissance.

Cannon wrote that he had contacted hotels and that “they seem to be cooperating.” 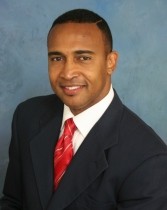 “An attempt was made for accommodations at another hotel but based on what I ask to take place they were denied again,” the e-mail said.

“It’s unconscionable (that) public officials would try to interfere in private contractual affairs,” Taylor said. “We have never run into this before.”

In a brief interview Wednesday, Cannon said he sent the e-mail to “update a constituent on where things stood.”

“By no means would I be in the business of trying to violate someone’s rights,” Cannon said.

Well, what exactly would you call relentlessly working to silence your opposition’s attempts to peacefully congregate and speak freely, councilman?

But Mr. Cannon can’t take all the credit, as persecuting AmRen was a team effort.

The news came on the same day that the Jewish Defense Organization posted a statement on its website, saying City Council member Warren Turner sent an e-mail to Charlotte hotels about the conference. 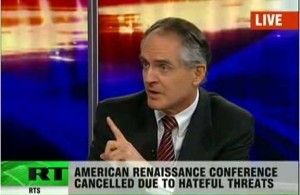 The Jewish “Defense” Organization is claiming that “the meeting in Charlotte is not going to happen.”

I just got off the phone with Jared Taylor, founder and director of American Renaissance, who has assured me that the conference will be taking place, though the details are naturally guarded at this point in the game.

The comments on the news articles are overwhelmingly supportive, including the comments from local readers. Our enemies continue to throw obstacles in our way, but they’re rapidly losing the consent and support of the general public. One conference at a time, one issue at a time, we’re chipping away at their monopoly on America’s ongoing conversation about race.

I, for one, will be in Charlotte and will be meeting with fellow White Advocates, whether I have permission from the JDO or not.