White activism is not always a melancholy affair. We should acknowledge positive developments when they occur. Recently I wrote about efforts to shape British identity.  Following is an excerpt from a website devoted to the history and prospects of the Union Jack, Britain’s flag.

Perhaps there are lessons here for American patriots.

In the excerpt notice the trend towards devolution, with Scotland and Wales now having their own assemblies. There is also a reminder of the treacherous potential of multi-national corporations (e.g. British Airways), a potential that must be regulated if the nation state is to survive. Next comes a string of good news about the survival and revival of national sentiment. First, the 2003 campaign to give the Union Jack a multikcultural stripe (appropriately a black one) was ridiculed into silence. Second, a 2007 poll found that less than a third of teenagers spontaneously think of themselves as British before being English, Scottish or Welsh. Thirdly, another poll indicates that most Scottish and English voters want the Union dissolved, i.e. for Britain to revert to its constituent nations. This is good news because it shows that multiculturalism has not become a new state identity. Our ancient ethnic lineages still carry weight. It is good news because it means that most British do not identify with the outward manifestation of their ongoing dispossession. 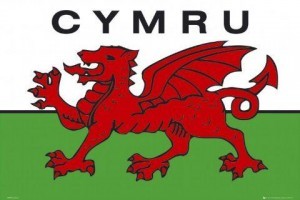 And it is very good news that the young have such ancient attachments, most likely due to implicit identification. This helps explain the cold fear evoked by the prospect of the British National Party gaining traction, recently discussed by Sean Gabb at Vdare. Nationalism has endured as a sleeping bear (or bulldog) despite everything an unhinged elite can throw at it. And bears and bulldogs are apt to get their way when aroused.

Here is the excerpt:

For the first time since 1707, the Scots now have their own Parliament in Edinburgh, and the Welsh their own national assembly in Cardiff. As a result, the Scottish saltire and the red dragon of Wales are much more in evidence.

Is the Union Flag (Union Jack) on its way out?

In 1997, British Airways decided to scrub the Union Flag off the tails of its airliners and replace it with pictures of jackals from Africa and other ethnic designs. Its chief executive, Bob Ayling, said that the airline was no longer a British company with global operations, but a global company that happened to be headquartered in Britain: “We are proud to have been born and raised in Britain,” he explained. “But we want to show Britain as modern, not imperial…We still have our Beefeaters, but we now lead the world in restaurants and in fashion.”

In 2003, a campaign was launched to try and modernise the red, white and blue flag by adding a touch of black to reflect multicultural Britain in the 21st Century. The proposed new flag [see below] was the work of Nigel Turner, an enthusiastic fan of the UK’s transformation into a multiracial society over the past 50 years. The campaign was NOT successful.

More teenagers see themselves as English, Scottish or Welsh rather than British
A YouGov poll carried out by the Daily Telegraph in 2007 found that fewer than one third of today’s teenagers instinctively think of themselves as British rather than English, Scottish or Welsh. But, pressed to say whether they also think of themselves as British, the great majority say yes. Only 10 per cent of the teenage sample, many of them Scots, reject a British identity altogether.

Most people want the United Kingdom broken up
An ICM poll published by the Daily Mail in 2007 suggested that majorities of voters in both Scotland and England now want the countries to split.