If you thought Harvey Weinstein looked creepy, take a look at Stuart Polak: 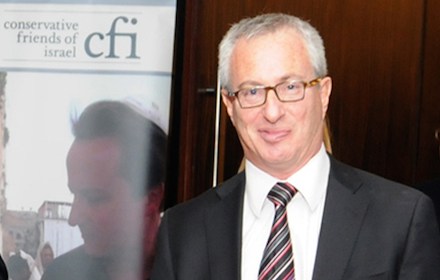 Lord Polak, as Stu became thanks to David Cameron, is currently receiving some unwelcome attention in the British media. For such a small minority, Jews certainly get involved in a lot of scandals, don’t they? However, Lord Polak hasn’t been molesting women or, as might seem more likely, molesting children and small animals. Instead, as a proud and patriotic British Jew, he’s been busy on behalf of the only nation that matters to him: Israel. He was director of Conservative Friends of Israel (CFI) for twenty-six years. The Jewish Chronicle, no less, has described how “under his guidance, CFI became the biggest lobbying group in Westminster, holding lunches for 700 guests, making countless Downing Street visits, and developing contacts throughout Israel and the Middle East.”

The scandal he’s now in goes like this. In August this year, he was present at unauthorized and unrecorded meetings held between Israeli officials and the International Development Secretary Priti Patel, a high-testosterone female politician who had taken her prime-ministerial ambitions on holiday to Israel. Among others, she met the Israeli Prime Minister Benjamin Netanyahu, Yuval Rotem of the Israeli Foreign Ministry, and Gilad Erdan, Minister for Public Security, Information and Strategic Affairs. 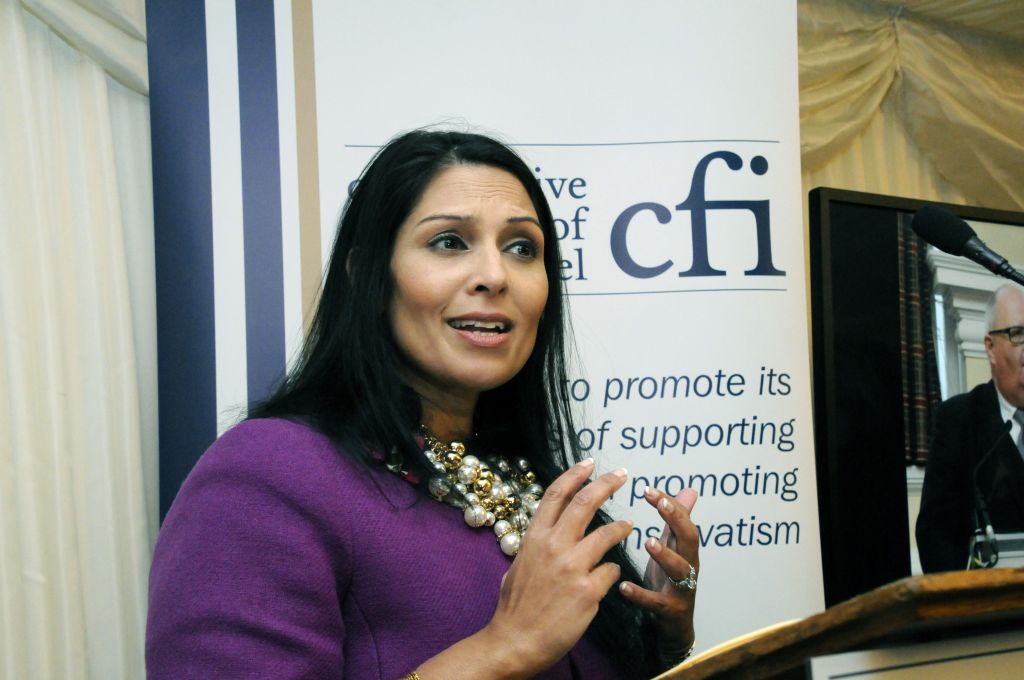 Those are important people, but she didn’t bother to involve her own government in the meetings or to have any minutes taken. What was she up to? Well, inter alia she seems to have been discussing ways to send more British taxpayers’ money into Israeli bank accounts. And a lot of that money already heads there: “It’s a little known fact that over 20 per cent of the medicines that the NHS [National Health Service] uses come from Teva, an Israeli company, and it’s rising, heading towards 25 per cent.” Patel wanted to fund the Israeli army’s aid work in the occupied Golan Heights, which isn’t recognized as Israeli territory even by the very pro-Zionist Conservatives, and to give British aid money to Israeli organizations working in Africa.

Would all that have been good value for money? Who cares? What matters is that it would have been good for Israel and for Patel herself, who could then have relied on more help from Conservative Friends of Israel with her political ambitions.

Of Mice and Ministers

But her scheming has come undone. What she got up to in Israel should have been enough for her to be removed from office, but Theresa May is a weak prime minister and would have allowed her to stay. However, Patel has now resigned for failing to disclose even more meetings with Israeli officials: on 7th September, she met Gilad Erdan again, this time in London, and on 18th September she met Yuval Rotem again, this time in New York. She has apparently had a great deal to discuss with representatives of a foreign power and Lord Polak was present “at 13 out of a total of 14 meetings.” But no White Briton seems to have been there: only Jews and Patel herself, a British-born Indian Hindu.

This is an extraordinary situation. I would call it a clear case of treasonous conspiracy, but somehow that doesn’t seem appropriate. Despite being born here, Patel clearly isn’t British. This country is merely the base for her career. From a Jewish point of view, she’s an ideal servant: a highly ambitious and unprincipled Hindu who has no concern either for British Whites or for the Muslim Palestinians displaced and mistreated by Israel.  As I’ve already noted, she wants to become prime minister. She doesn’t seem very bright, with a degree in Economics, Sociology and Social Anthropology from Keele University. And the Daily Mail claims that “her tenure as International Development Secretary has been a crushing disappointment.”

But what do intelligence and competence matter in British politics? Theresa May, David Cameron and Tony Blair got the top job not by exhibiting those qualities, but by diligently following the golden rule: Serve the Tribe. The repulsive Alastair Campbell, Blair’s thuggish and unprincipled press secretary, has said recently in the Jewish Chronicle that Blair “was conscious of the need to have very, very good relations” with “the Jewish community,” which wields enormous financial and media power despite its tiny size.

Patel is conscious of the same thing as Blair and she might easily have got away with her outreach to Israel. Indeed, it’s likely that this outreach has lasted far longer and involved far more than she has now been forced to disclose. Patel is a shabbos-shiksa: she serves Jewish interests in return for funding and friendly media coverage.

But this scandal is not receiving the analysis it deserves in the British media. The BBC has managed to discuss it at length without mentioning either Lord Polak or Conservative Friends of Israel. The Jewish Chronicle hasn’t been so inhibited:

Stuart Polak: the Westminster veteran at the centre of the Priti Patel storm

Ennobled by David Cameron two years ago, Lord Polak is a veteran of Westminster’s corridors of power. He has taken literally hundreds of Tory MPs to Israel over the years, educating them about the Israeli-Palestinian conflict and securing their support in parliamentary votes and the public arena. Under his guidance, CFI became the biggest lobbying group in Westminster, holding lunches for 700 guests, making countless Downing Street visits, and developing contacts throughout Israel and the Middle East. …

He is likely to be horrified by the headlines and coverage around the Patel trip. As long ago as 1990 he told the JC what motivated him — a desire to “put as much as possible back into the community” …

Those in the community who cringe at the thought of Israel being involved in another lobbying story, following the Al Jazeera secret filming row at the start of the year, will also despair. “There are so many antisemitic conspiracy nutters [i.e., lunatics] out there — they love to believe this stuff. It’s a conspiracy theorist’s wet dream,” said one leading figure.

For Lord Polak it is unclear how damaging the episode will be. Insiders — including those who have known him for years — describe him as a “hard character to read” and someone who largely operates “below the radar”. That may be the case, but he is at times a prominent figure around Parliament. The day before the Patel story broke, he was deep in conversation with Gavin Barwell, Theresa May’s chief of staff, for a considerable amount of time in a public area. Hardly the stuff of secret backroom deals.

Another Westminster source may have hit on the best explanation for the peer and politician’s actions last summer: “I think they knew they were not doing the right thing. They took a gamble and screwed up. Love him as I do, Stuart may have got too cocky for his own good. He’s helped Priti’s rise — and her fall.” (Stuart Polak: the Westminster veteran at the centre of the Priti Patel storm, The Jewish Chronicle, 7th November 2017 / 18th Cheshvan 5778)

Speaking as an “antisemitic conspiracy nutter” myself, I have to say that I don’t “love to believe this stuff.” I abhor the enormous influence wielded by the tiny Jewish minority across the Western world. And I have no choice about whether to believe this latest example. The facts speak for themselves. A Hindu politician has plainly been conspiring with British and Israeli Jews in pursuit of Jewish interests and personal gain.

Priti Patel seems much less likely to become prime minister now, but one can hardly fault her methods. By diligently serving the Tribe, she was merely doing what Theresa May, David Cameron and Tony Blair did before her. Unlike her, they got away with it.