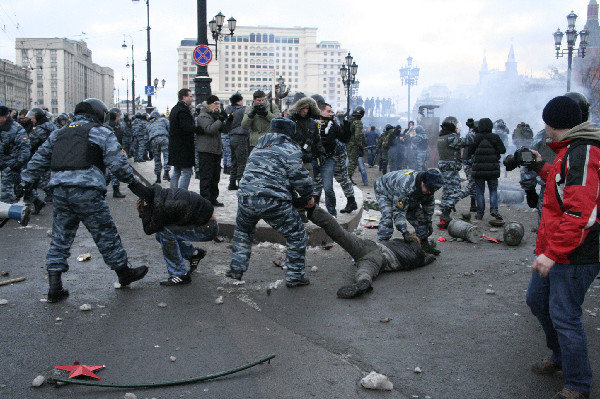 From a Russian Correspondent: In Moscow on December 5 there was a murder of a Russian young male (a soccer team fan) by a gang of “guests” from North Caucasus, who are ethnically distinct Turkish-like peoples (Chechnya, Dagestan, etc.) This was the second murder over the course of last week. (Here is a Russian-language account which is fairly readable in English provided by Google Translator.) As usual, politically-correct or/and corrupt police released all suspects but one.

On the next day around 7:00PM over a thousand people assembled at local prosecutor’s office demanding a real investigation. As no one spoke to them, they marched, halting traffic on a major street for 40 minutes (see video on this page. This article notes that the demonstrators were shouting “Russia for the Russian” and “Moscow for Muscovites.”

Today many thousands of Russians assembled without official permission in the center of Moscow. See videos here; a live online stream of info is here. 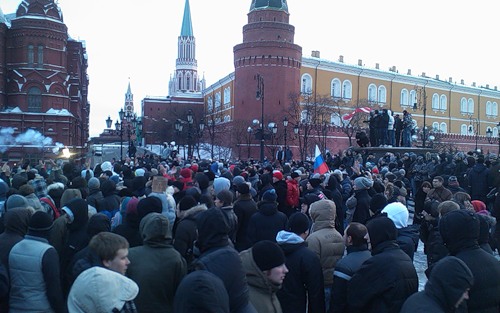 Let me stress:  the scale of events is unprecedented. This is extraordinary! Ethnic Russian nationalism is very young but this protest shows that Russians are far more advanced than, say Americans, who do nothing when Whites are attacked by criminal immigrants. In my opinion, Russian ethnic nationalism began getting traction around 2005. The mainstream media and “human rights activists” are having a fit right now — “the fascists are coming!”