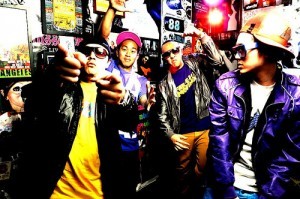 Asian immigrants are frequently referred to as “model minorities” because they generally succeed educationally and occupationally, without exhibiting the social pathologies rampant among America’s Black and Hispanic underclasses. Many HBD (Human Biodiversity) bloggers even use an awkward acronym, NAMs (non-Asian minorities), to differentiate between the Asians and the non-White underclass.

But success and assimilation are two very different things. In fact, the non-White immigrants who succeed are ultimately more threatening to our long-term survival than the ones who come here and fail, since they exploit our Western meritocratic tradition to obtain positions of influence through merit, then exploit their positions of power to promote their group interests. One classic example of this is in action would be WASP Bill Gates’ Slate Magazine, where the gifted Jewish journalist Michael Kinsley turned over the reins to the banal and transparently partisan Jacob Weisberg.

Jacob Weisberg is the quintessential beneficiary of Jewish ethnic nepotism, and Jews are the quintessential nepotists, but Asians also look out for their own. Increasingly, they’re perceiving themselves not as Chinese, Japanese, or Vietnamese, but as Asian. The popular hip-hop band, Far East Movement, is a good example of this trend in action. It’s comprised of a team of Japanese, Chinese, Korean, and Filipino musicians united in super-national racial solidarity.

Their embrace of America’s anti-White ghetto culture and meritocracy at the same time seems contradictory, but there’s no consolation prize for ethnic groups that remain logically consistent while being dispossessed. Similarly, Jews don’t see the disconnect with their being the wealthiest and most powerful people on Earth and their being perpetual victims. As Joe Sobran eloquently put it, “A hypocritical etiquette forces us to pretend that the Jews are powerless victims; and if you don’t respect their victimhood, they’ll destroy you.” In this case, Asians expect White Americans to perceive them as another oppressed “people of color”…while we’re training them as our job replacements. 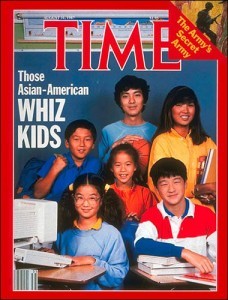 They're smart...but they're still not Americans.

While half-measures like defeating the latest attempt at amnesty or rolling back Affirmative Action should have our support, there’s no substitute for restoring our confidence as  a people. Parroting platitudes about rewarding “merit” and favoring “legal” invaders may serve as useful proxies in our competition with Blacks and Hispanics, but they pit us against market-dominant “minorities” and other foreign elites who are plenty smart and have their papers in order. Auctioning off our national inheritance to the smartest people the entire world has to offer is as asinine as raising the smartest children in town instead of your own. If we don’t hurry up and muster the confidence to defend our birthright, this entire country will end up “too Asian“.