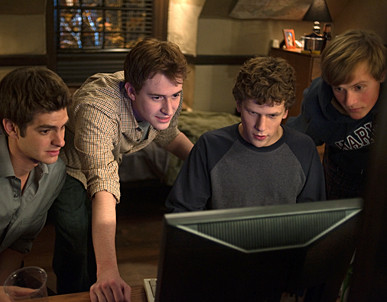 A recent article in The Jewish Chronicle asks, How Jewish is Facebook?

The basic idea of Facebook, creating a simple and exclusive alternative to MySpace, isn’t Jewish. But the project was hijacked when the gullible Winklevoss twins entrusted Mark Zuckerberg and his accomplice, Eduardo Saverin, to help execute the project. (See also Kevin MacDonald’s review.) The movie adaptation of this true story is a fevered Jewish revenge fantasy against their hapless arch-enemies, the reviled WASP “insiders.” Both the book, by Ben Mezrich,  and the screenplay, by Aaron Sorkin,  wallow in defeating the earnest brothers, heaping these two iconic American Christians with humiliation after humiliation.

And what did these honest and trusting twins do to deserve this antipathy? Better yet, what did White America do to deserve this antipathy? How, when the President of Harvard himself is a powerful Jewish oligarch who laughed the twins out of his office, can Mezrich see himself, his people, or Zuckerberg as the sympathetic underdogs in this context? It’s simple: he’s Jewish and sympathizes with his own. To ask why he hates them is to make the same mistake the Winklevii made: grasping for a universal honor code in a tribal universe.

Mezrich explains why he hates them…

Mark and his friends were geeky, brilliant kids who had their faces pressed up against the glass,” explains Mezrich. “On the other side was the social scene they weren’t really a part of, and they created their own club, an exclusive, incredibly social place where they could be kings.

Hailing from a conservative Jewish family — his grandfather was a rabbi — Mezrich knows something about not fitting in at a prestigious university. Like Zuckerberg and Saverin, he attended Harvard, where he was a self-confessed “geeky kid”, and acknowledges that as a Jewish boy from Brooklyn who had not come from “a long line of people who had gone to Harvard”, there were opportunities that were not open to him.

“There are these groups where there is this old world aristocracy going on,” he says. “People like me — and Mark — couldn’t really be a part of that.”

The Social Network: A Sequel?

This is essentially a more explicit and direct reproduction of the catharsis Jews have been working out in seemingly every high school and college movie they’re involved in: the big dumb jocks are humiliated by the social outcasts. The bad guys are tall, athletic, and Nordish. The heroes are mousy, bookish, and clumsy. Women are little more than sexual trophies to be won when the White Christian objects of their ressentiment are destroyed.

Throughout the movie, Zuckerberg is depicted as some sort of super-genius, though there’s nothing ingenious about Facebook. The market vacuum that Rupert Murdoch created when he drove MySpace into the ground was going to be filled by something. While Zuckerberg’s a smart guy, he gets way too much credit for his creation. Unlike Napster, Wikipedia, Friendster, or hypertext, there was nothing innovative about what Facebook did. To quote another famous Jewish technologist, “even a turkey can fly in a high wind.”

That technologist was Eugene Kleiner, one of the “Traitorous Eight” who turned on the inventor of the semiconductor and founder of Silicon Valley, Dr. William Shockley. As is frequently the case, the White American with the brilliant idea is stampeded over by managerial elites who know how to run a business and know better than to let a few honor codes get in the way of a good income statement. And what of Dr. Shockley? Busted and bitter, he gave up on technology and rededicated himself to applying his gifts and the scientific method to the betterment of humanity. 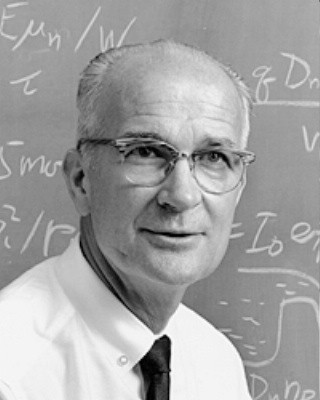 As we White Advocates know all too well, you can’t take the social sciences seriously without breaking the regnant taboos, and so he did. Predictably, the Nobel Laureate became a “scientific racist”, despised by our academic overlords. He was the most hated scientist in America, dying alone and in disgrace, having allegedly been reduced to “harangu[ing] strangers on the inadequacy of the Negro race.” The “racist” origins of the Information Age and Shockley’s immense contributions to understanding race and intelligence have been disappeared, lost in the multicult memory hole.

Kleiner and Zuckerberg may have made off with all the money and won some of the early battles, but the future belongs to us. With the power of the Internet, a teenager brought down their entire music industry. One determined hacker sent the international diplomatic community into a panic. The Hollywood machine is threatened by the plummeting costs of production and the gradual loss of their monopoly over the American mind. Their news monopoly has been reduced to bankruptcy, competing with amateur bloggers to break stories that they used to stuff down the memory hole. The Occidental Observer and other excellent sites are serving as beacons, bringing a growing number of White Americans together with the naked truth, conceiving a new social network that will dwarf MySpace, Facebook, and the one trying to drive us apart.