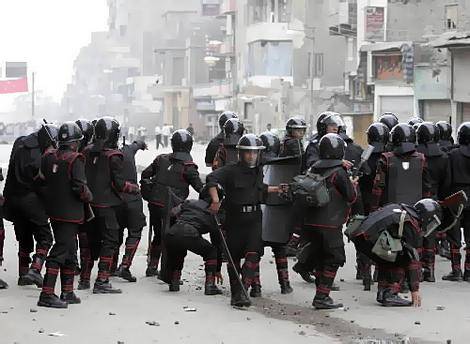 In reading up for an AltRight article on Geert Wilders, I ran across this comment by Wilders on Muslim political culture, based on his observations of Egypt as an 18-year-old in 1982:

While we were in Sharm el-Sheikh, President Mubarak happened to visit the place.

I remember the fear which suddenly engulfed the town when it was announced that Mubarak was coming on an unexpected visit; I can still see the cavalcade of black cars on the day of his visit and feel the almost physical awareness of fear, like a cold chill on that very hot day in Summer.

It was a weird experience; Mubarak is not considered the worst of the Islamic tyrants and yet, the fear of the ordinary Egyptians for their leader could be felt even by me. I wonder how Saudis feel when their King is in town, how Libyans feel when Gaddafi announces his coming, how Iraqis must have felt when Saddam Hussein was near. A few years later, I read in the Koran how the 7th century Arabs felt in the presence of Muhammad, who, as several verses describe, “cast terror into their hearts” (suras 8:12, 8:60, 33:26, 59:12). [See here.]

President Hosni Mubarak does not tolerate dissension. He is inclined to crush it rather than compromise. Those born since his rule began in 1981 have lived entirely under emergency law, among the spookily omnipresent security forces that can pluck a soul from the street and vanish in an instant. …

Many of those who challenged the government ended up jailed and tortured. Political opponents were threatened. Elections, like the parliamentary poll in November, defied mathematical odds by sweeping the ruling party to power while other candidates and their supporters were intimidated by hoodlums. More than 1,200 Muslim Brotherhood members and supporters were arrested.

Mubarak’s power resides in the darker magic of fear. It has worked for decades. The poor are too poor to protest, intellectuals are bottled up, activists hounded; everyone is kept off balance. There are glimmers of democracy, including rambunctious, independent news media, but they are viewed more as annoyances than threats to the ruling party. It’s a creepy, unpredictable climate: One never knows if one will be ignored or arrested.

Another article describes the  political culture of Tunisia based on an interview with a security officer. (“A Tunisian state police officer shares harrowing inside view“)

In Tunisia, as in other Arab countries, the Interior Ministry has long been the Ministry of Fear, an instrument used by unpopular rulers to keep a restless population in its place.

It is where friends or relatives would disappear for hours or days and emerge shaken, a little different, unable or unwilling to talk about what happened. It was home base of the plainclothes officers who stormed political meetings and the riot police who stood against protesters….

He went through a year of police training that he describes as abusive and humiliating. After 12 years on the job, his salary is $67 a week, less deductions for his uniform and other expenses. He described a stifling, paranoid atmosphere within the security apparatus.

He was trained to use a gun, shown how to huddle with fellow police officers and hold a line against an angry crowd. But much of the training, he said, was meant to dehumanize and humiliate him and his fellow recruits. Commanders screamed obscenities at them constantly, he said.

This political culture of fear is endemic throughout the entire region throughout recorded history, and it is folly to suppose that a change of faces at the top will fundamentally alter it. This is the political culture that the neocons said could easily be changed with a little nudge from outside—the ideology underlying our recent wars on behalf of Israel. These are the people that are invading the West under the banner of multiculturalism, abetted by a blank slate ideology that transplanting people to a culture where individual freedom is prized will transform them into people just like us.

But Geert Wilders and like-minded politicians are gaining traction in Europe precisely because Muslims are not assimilating. The culture of authoritarianism and fear that begins in the political realm extends to marital relationships and the subjugation of women. It is a culture that is foreign to the West.

Fundamentally, we have to regain our cultural confidence which has been destroyed by the predominance of the culture of the Holocaust in recent decades resulting from the work of Jewish academic and media activists. We have to realize that some cultures are simply unable or unwilling to adopt contemporary liberal European values. There is good reason to suppose that the European tendencies toward individualism are the result of a prolonged period of evolution as northern hunter gatherers.

Indeed, it’s more likely that other peoples are simply unable to spontaneously develop individualist political institutions that the US is now demanding in Egypt and elsewhere—the result of prolonged evolution under conditions of group-based competition. Israel is returning to its Middle Eastern cultural roots with the rise of political authoritarianism as a result of the increasing dominance of ethnonationalist and religious fanatics.

In any case, the clear lesson is that Europeans  must come to the realization that their individualist, libertarian tradition is fundamentally at odds with pretty much the entire rest of the world and they must act to prevent the influx of other peoples, especially those with quite different political proclivities.