Rhonda Garelick, an English professor at the University of Nebraska, has a comment on John Galliano’s outburst in a Paris bar (“High Fascism“; NYtimes,  3-7-2011). Garelick can’t resist finding Galliano’s behavior symptomatic of fascist/Aryan tendencies deeply rooted in French culture—despite the fact that Galliano was fired and now faces persecution for uttering a racial insult. (Of course, one might argue that these recent events simply indicate the triumph of the culture of critique in post-WWII Europe.) The French are evil because during the German occupation, French women continued to dress fashionably:

“Every woman in Paris is a living propaganda poster, the universal function of the Frenchwoman is to remain chic,” wrote one fashion journalist in the early 1940s. “Frenchwomen are the repositories of chic, because this inheritance is inscribed in their race,” wrote another.

That’s not the worst of it:

And as Vichy continued to toe the Nazi line about Aryan physical fitness, more French fashion magazines began focusing on exercise and diet for women.

Ah, the horrors of National Socialism, encouraging women to eat well and be physically fit.

But even more horrifying than physical fitness, these Aryan standards of beauty are still with us. After all, who won the war anyway?

And although we insist on the racial diversity of fashion’s current standards of beauty, the fascists’ body ideal has persisted and expanded far beyond Europe. The hallmarks of the Nazi aesthetic — blue eyes, blond hair, athletic fitness and sharp-angled features — are the very elements that define what we call the all-American look, still visible in the mythic advertising landscapes of designers like (the decidedly non-Aryan) Ralph Lauren and Calvin Klein.

This is a fairly routine exercise emanating from the highest reaches of the mainstream media expressing Jewish hatred and revenge seeking against Whites and especially Nordic-looking Whites. One is tempted not to make too much of it except that the issue of physical beauty and health goes to the heart of the long conflict between Jews and non-Jews over the construction of culture. There is a long history of  Jewish hostility to Western concepts of physical beauty, going back to the war of the Macabees against the Greeks commemorated at Hanukkah. The standard Jewish interpretation is that it was a rebellion against the Greek concept of physical beauty as a value in itself, as opposed to Jewish “holiness” as the ultimate virtue (which, being a bit cynical, I would parse as group commitment). Especially abhorrent to the Jews was the Greek practice of honing their bodies in gymnasia.

Tom Sunic has written extensively about this topic for  TOO: “The Artful Race“ and his 5-part series, “Beauty and the Beast.” The ideal of Aryan physical beauty was an aspect of 20th-century racial science, and during the National Socialist period there was a revival of classical art:

Numerous German sculptors worked on their projects while benefiting from the logistic and financial support of the National Socialist political elite. Their sculptures resembled, either by form, or by composition, the works of Praxiteles or of Phidias of ancient Greece, or those executed by Michelangelo during the Renaissance. The most prominent German sculptors in the Third Reich were Arno Breker, Josef Thorak,  and Fritz Klimsch…. 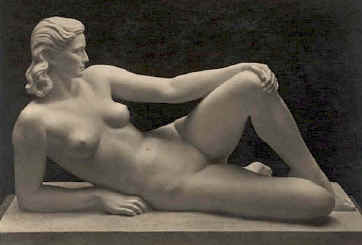 In “The Artful Race” Sunic mentions the Frankfurt School as dedicated to subverting Western images of physical beauty–a theme also of Elizabeth Whitcombe. (My chapter on the Frankfurt School discusses a different kind of subversion of the healthy: family life. Children with strong ties to their parents and a sense of pride in their families are said to be forerunners of fascism and anti-Semitism.)  Lasha Darkmoon illustrates the subversion of the  beautiful by Jewish critics and art collectors in her “The plot against art“). And Michael Colhaze juxtaposes images of women by Lucian Freud and Sandro Botticelli. 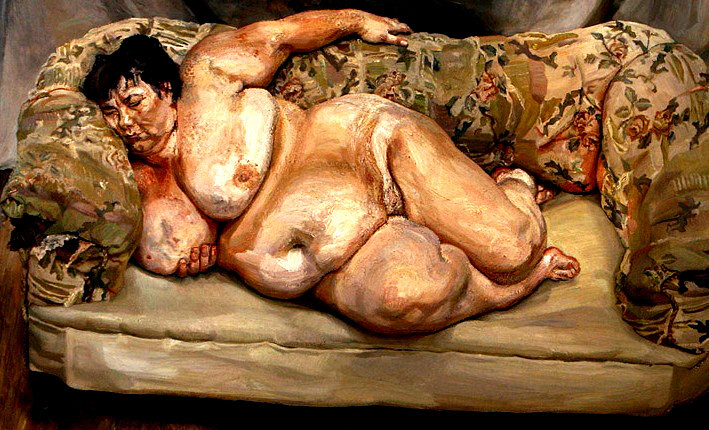 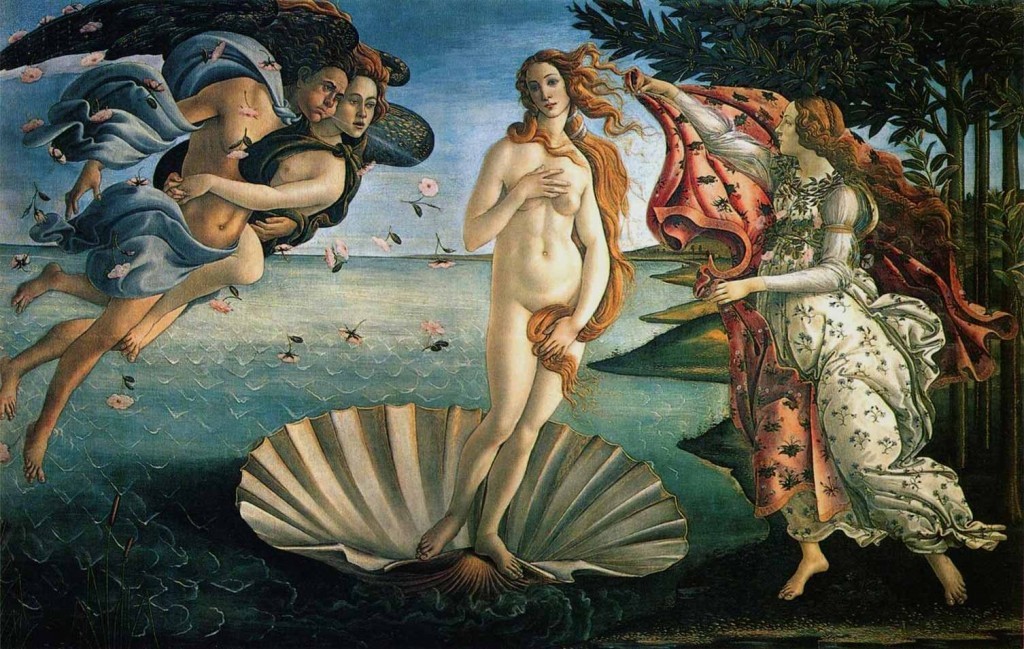 Garelick’s little article is in the tradition of Jewish antipathy toward the physical beauty of Europeans and for the value that Europeans place on physical beauty. I suspect that these traits of Europeans are an aspect of European individualism. Peter Frost has argued convincingly that there was sexual selection for traits like blond hair and blue eyes (Peter Frost, “European hair and eye color: A case of frequency-dependent sexual selection?” Evolution and Human Behavior 27 (2006) 85–103). This means that traits like blond hair and blue eyes were seen as sexually attractive—like the peacock’s tail, so the became more common in the population because they were sought after in mates.  Frost associates sexual selection among Europeans with monogamy as a marriage system, selected for in the northern areas where Whites evolved because of the need for fathers to provision children. Rather than marry on the basis of known kinship relations and family dictates, marriage is based on individual choice. And one criterion of importance (among others) is physical beauty.

Such selection pressures would also lead Europeans to value love as the basis of marriage–analysed as a trait that makes close relationships between spouses mutually rewarding. John Murray Cuddihy remarked on how love was seen as foreign by Jews emerging from the ghetto, resulting in theories like Sigmund Freud’s where love was analyzed as repressed sexuality—little more than a neurosis.* Nor was physical beauty in marriage partners valued among Jews. A passage in the Talmud says that physical appearance was not to be a critical resource for a woman: “For ‘false is grace and beauty is vain.’ Pay regard to good breeding, for the object of marriage is to have children.” Instead of personal attraction, arranged marriages were common into the modern era.

Hence the culture clash exemplified by Garelick, abetted by Jewish historical grudges against the West.

And as for why White standards of beauty still predominate, there’s still quite a few of us around who appreciate the aesthetic exemplars of our race and we buy stuff. Try selling clothes with Lucian Freud-type models.

Although high-investment parenting was an important aspect of Judaism as a group evolutionary strategy, conjugal affection was not viewed as central to marriage with the result that, as Cuddihy (1974) notes, a long line of Jewish intellectuals regarded it as a highly suspect product of an alien culture. Jews also continued to practice consanguineous marriages—a practice that highlights the fundamentally biological agenda of Judaism (see PTSDA, Ch. 8)—well into the twentieth century whereas, as we have seen, the Church successfully countered consanguinity as a basis of marriage beginning in the Middle Ages. Judaism thus continued to emphasize the collectivist mechanism of the social control of individual behavior in conformity to family and group interests centuries after the control of marriage in the West passed from family and clan to individuals. In contrast to Jewish emphasis on group mechanisms, Western culture has thus uniquely emphasized individualist mechanisms of personal attraction and free consent (see PTSDA, Ch. 8).