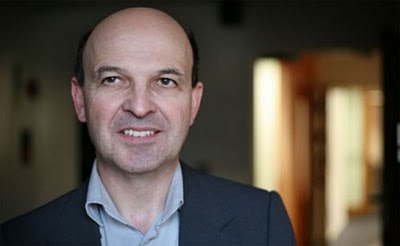 Damazer is the son of a Polish Jewish immigrant, which in the view of your writer…goes a long way to explaining his driving desire to strip the native British of the land of their ancestors and to turn it into a multiracial /cultural nowhere.

The BBC of course is immensely more powerful in the UK than any stable of radio stations in America. The blog goes on

..he and his many like in the BBC are interesting exemplars of the way Gramsci’s ‘Long March through the Institutions’ operates in destroying the ‘Cultural Hegemony’ of the majority and effectively substituting for it the cultural and political interests of minorities…If the BBC and the likes of Damazer have their way, In the England of the future, the ethnic group which in particular will have no place is the English.

Unlike America, of course, Britain is an unashamedly elitist -until recently aristocratic – society, and there are proportionately far fewer Jews (Wikipedia currently says 0.57% compared to 2.1%). One might expect Jews to find it a more congenial place.

And Mark Damazer has certainly been showered with the fruits of the Anglospheric heritage – graduating from Gonville and Caius College of Cambridge University, a Harkness Fellowship to go to Harvard, and now a comfortable sinecure as Master of St Peter’s College Oxford.

But he still wants to see it destroyed. Occidental Observer readers might care to ask him why.