The history of rhino hunting parallels the changes in attitude of Whites and their power in the world. In the 1800’s Whites were aggressive in their pursuit of power and in hunting animal species. However by the end of that century, people were waking up to the fact there were limits to the earth and that we shouldn’t destroy, but rather build up that which was worth preserving. Frederick Selous, the famous East African hunter, turned to conservation, and Paul Kruger in South Africa promoted the idea of conservation and set aside land for what became the nucleus of the Kruger National Park.

Rhino herds began to be preserved and their numbers grew. This became self-sustaining with the growth of tourism. By 1994, at least in South Africa, there were large numbers (over 30000) of rhino in the parks and their conservation seemed assured in South Africa. 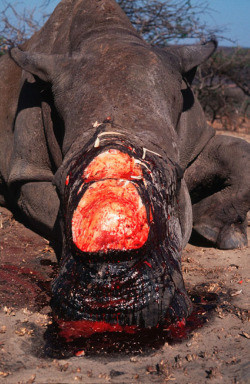 Since then, however, their future is no longer assured. Poachers are now regularly killing Rhinos. A combination of poachers enticed by easy gains and the large oriental mafias that supply the endless Eastern desire for aphrodisiacs have put the Rhinos under threat. As the ability for Whites to set the agenda in South Africa declined, so has the ability to protect the rhino. The future of the Rhino in South Africa is uncertain, but the same can be said of the Whites.

In many ways the future of the Whites in Africa parallel the history of the Bushmen in Africa.

The Bushmen are now called the Khoisan in PC circles. However I will use Bushmen out of respect, as Khoisan literally means “men-thieves and murderers.” The Bushmen are possibly the original humans. They occupied virtually the whole of Africa. From the Cape to Cairo they were the dominant group. Their presence can be seen in the rock paintings present from the cape all the way to Egypt.

The Bushmen had a universalistic view of the world. There was no individual ownership of land. Land belonged to the tribe and the ancestors. When they hunted the animals some groups would apologise to the animals that they had to kill them for food.

However their Eden-like existence did not continue. Blacks from West Africa essentially spread out, displacing the Bushmen until the only areas left were the deserts and the winter rainfall areas of southern Africa. Then came the Whites and then with the Black population movements caused by the Mfecane (a period of warfare and population movements from 1815–1840), they now control nothing. Recently the Black government of Botswana decided to remove even the little land that the Bushmen had and use it for other purposes. The few Bushmen remaining are the downtrodden servants of all, without a land of their own. They have left a faint genetic  footprint principally amongst the coloured people of the Cape and even more weakly amongst some Black tribes and the Afrikaner, but they are a lost people. Their final fate is as  a tourist attraction for rich White liberals who can feel good about their misery. 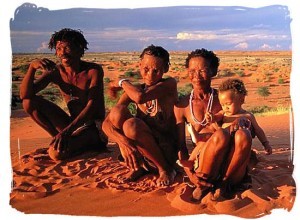 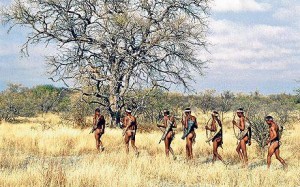 But will White liberals feel sorrow the passing of another people. Below is a graph of  the percentage of the world population that are of European descent. 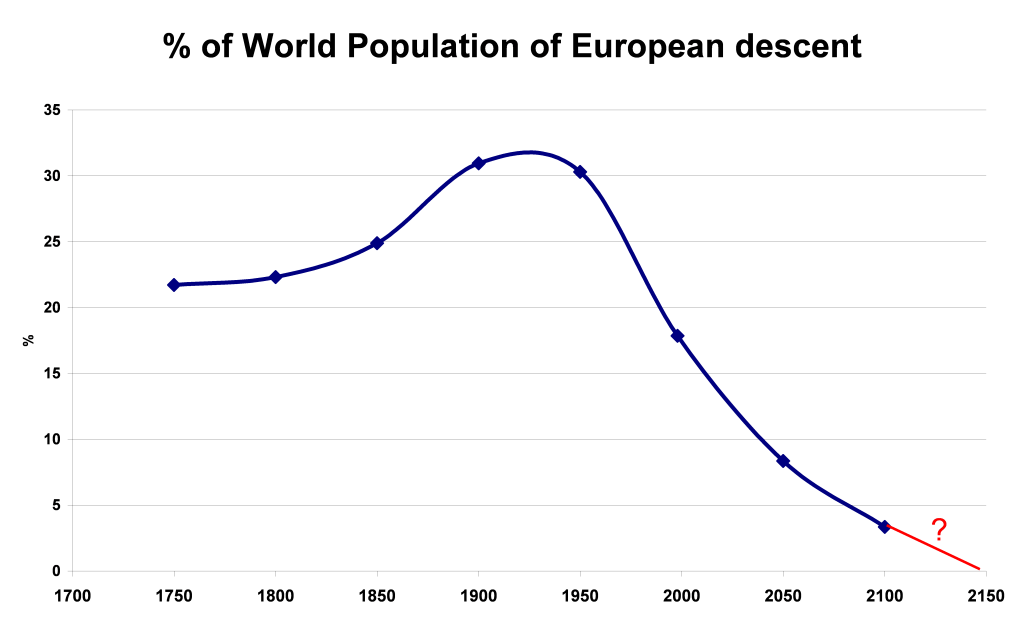 It is an estimate, with some fuzziness, but does represent the changes of the past and the trends of the future.

It shows is that Whites are perilously approaching the fate of the Bushmen. Whites are facing political extinction and then genetic extinction.

Assuming current trends continue, within the next 100 years the people of European descent will be politically extinct. They will be not able to determine their fate in any way. They may exist, but as a minority who cannot play a role in their own future. Even now in South Africa with the Black government’s policy of racial displacement, they are being pushed out of the universities that they created and funded.  The government is calling for no more White lecturers. This means that Black foreigners are given preference over local Whites. The ability to create businesses that is being removed by government legislation. Some Black leaders are calling for total White displacement from farms. (The murder rate of White farmers is very high [300/100000]).

The displacement of Whites is only beginning. More than 20% of Whites have left the country since Black rule.

Between the government Affirmative Action, and crime, the Whites as a whole feel pressured. However, SA is home and people feel reluctant to leave. SA  Emigrants have the attitude of preemptive refugees. The situation vis-à-vis emigration has got worse since the financial crisis; significant numbers of people have been forced to come back through circumstances.

Because White South Africans are Africans, their home is here and they have very mixed feelings. SA whites would like to emigrate to, in order: Australia, New Zealand, USA, Canada, UK.  In practice the emigration has been probably more UK, Australia, Canada, New Zealand, Africa and USA. They would emigrate to wherever is easiest.

The open border policy of the UK allowed a significant number of young relatively unskilled whites to emigrate, but that door appears to be closing. There also is a greater acceptance of White South Africans in the rest of Africa than in SA. The people who can’t emigrate are the older (anyone over 45), the poor and the unskilled which together make up a very large portion of the population. White South Africans do not receive any advantage in the queue over say Indians or Chinese except that they speak English.

But in the future there will be nowhere to run to. The world is being transformed into a Third World morass where Whites have no place. Just as the rhinos face extinction and the Bushmen have become tourist attractions, so it is with Whites unless we wake up and become the confident, proud race we once were.

John Lilburne is an engineer from south Africa with general interest in Calvinism, Darwinism and economic history. He lives in Gauteng, South Africa.