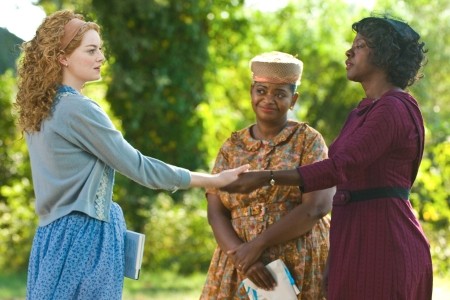 As we’ve noted many times before, the cultural Marxists never tire of fanning the dying embers of the “Civil Rights” movement (CRM) because it can always be relied upon to burst into flame, warming the hearts of a credulous American public. Whenever the Left encounters massive public skepticism regarding the benefits of homosexual marriage, open borders, global warming, Obama’s presidency, or whatever the liberal cause du jour may be, they can always depend on striking a sympathetic chord with mainstream conservatives and liberals alike by dusting off yet another reminiscence about the bad old days of segregation to remind us of how righteous liberals are.

Unpleasant memories like the French and Bolshevik Revolutions, Chairman Mao’s Cultural Revolution, Pol Pot’s Cambodia, the Vendee, and the gulags fade into nothingness when those evergreen images of police dogs and fire hoses flicker on the screen. If Tombstone, Arizona was the town too tough to die, the CRM is the radical egalitarian movement too good to be forsaken. Its memory must be kept front and center, and on life support forever, preserved in an environmentally controlled glass covered casket like Lenin’s corpse.

The Help is the movie industry’s latest contribution to this endless enterprise. Billed as this summer’s premier chick flick, The Help gives moviegoers a heaping helping of all of the bromides and stereotypes we’ve come to expect from a Hollywood production depicting the benighted South before the triumph of liberalism – stoic, long-suffering Blacks imbued with both homespun wisdom and impeccable moral rectitude. They never lose their tempers or lapse into profanity. They are the match to any and all circumstances they encounter, especially all impediments clumsily or maliciously thrown in their path by racist whites.

The film’s protagonist, a girl named Eugenia “Skeeter” Phelan, is the film’s White heroine, and as such, is inevitably at odds with her evil kin and society in general. Skeeter’s mother, the crass conservative that she is, even questions Skeeter about whether or not she’s a lesbian, which is the the film’s not-so-subtle attempt to build bridges between the CRM and “homosexual rights.” Race, gender and class envy are all thrown into this exotic southern gumbo, and liberalism triumphs, as expected by modern audiences. This is present day Hollywood’s version of the proverbial “happy ending”.

No Black character is portrayed with even a hint of negativity and we are all expected to howl with delight as the sassy maid (but not so sassy as to be unlikable) Minny prepares a pie made from her own fecal matter and serves it up to the haughty Junior Leaguer “Hilly”, who laps it up and asks for seconds. Southern White people are such fools, don’t you know!

All of the White men in the movie are mere stage props, except for the Senator’s son Stuart (modeled loosely on a true paragon, Mississippi Senator James Eastland’s gentlemanly son and Vanderbilt ‘65 grad Woods Eastland), who shows promise by acknowledging his inferiority and subservience to the feminist/liberal Skeeter as her suitor, but lapses back into idiocy when he scolds and dumps her when her “tell all” book hits the bookstores, branding her a traitor to both her race and her class. Never fear, though, the fair Skeeter’s act of betrayal has impressed those whose opinions really count – her Jewish editor/book publisher in New York City – an exemplar of liberal womanhood that would make Helen Reddy proud!

This is the most realistic portrayal of the film, a Jewish blue state liberal who rewards an ambitious Southerner for publicly selling out her own kind. Skeeter can now take her rightful place in the pantheon of CRM heroes by moving to New York City to pursue her feminist dream career as a writer, and shaking the benighted dust of flyover country off of her shoes once and for all. Good riddance to bad rubbish. All of this is woven into a background pastiche of CRM events like the Medgar Evers murder to show us just how brave and heroic both Skeeter and her coterie of Black maids are, and to remind us about why Hollywood bothered to make this movie in the first place.

What’s really going on here? The cultural Marxist left, as opposed to classical Marxists, believes that a successful revolution is best achieved through their tactic of choice, “the long march through the institutions.” Leftists, hiding their light under a bushel, infiltrate all societal institutions that set or influence cultural standards of morality and ethics. Once they achieve critical mass within any such institution, they take control, and replace the traditional values the institution previously espoused with a message of radical egalitarianism. Thus, the revolutionaries become the new establishment, and revolutionary leftist values become the new norm.

As Pat Buchanan wrote in his book, The Death of the West, the counter culture of the 1960s has become the dominant culture of today, and the dominant culture of the 50s and early 60s has become the dissident culture of today. The Help illustrates this perfectly. Jews, the most liberal segment of the population, took over the movie industry by the 1920s, and although it was held in check for a while as a result of pressure from religious and patriotic groups, it wasn’t long before Hollywood began its march to the left in tune with the rest of the Jewish community! Today the victory is complete. All eight major movie studios have a Jewish CEO (The Help is from Stephen Speilberg’s Dreamworks), and all are predictable exponents of liberal “message” movies. Left-wing psychological conditioning is, and for a long time has been, the secret agenda behind Hollywood movies.

As William Lind, director of the Center for Cultural Conservatism at the Free Congress Foundation and a past guest on our show, writes, “The entertainment industry…has wholly absorbed the ideology of cultural Marxism and preaches it endlessly not just in sermons but in parables: strong women beating up weak men, children wiser than their parents, corrupt clergymen thwarted by carping drifters, upper-class Blacks confronting the violence of lower-class Whites, manly homosexuals who lead normal lives. It is all fable, an inversion of reality, but the entertainment media make it seem real, more so than the world that lies beyond the front door.”

What is the purpose behind all of this? The young in particular lap this up like mother’s milk. Cultural Marxist dogma predicts that a constant drumbeat of such messages will induce a condition they call “cultural pessimism” among proponents of the old order, which in America would be conservative Whites, or more correctly, traditional White culture and society generally. Those marginalized by traditional American society — Blacks, other minorities, homosexuals, even women — would be mobilized into the new proletariat that would be directed, under cultural Marxist leadership, into overthrowing the old order. Dissent to this transformation would be regarded as mental illness, and recalcitrants would be subjected to having their outlooks “reconstructed” via the tender ministrations of “the therapeutic state”. People who persist in cleaving to the old ways are now those who ostracized and marginalized. People have picked up on this and liberalism is now quite fashionable. After all, who wants to be hated?

While attending this movie I noticed that the audience was an equal mixture of whites and Blacks, and both groups howled with equal delight as the white characters in the film were ritually humiliated and degraded. I wondered to myself what the response would have been if a white character had made feces pie and served it to an unwitting, credulous Black character? Somehow, I think the audience response would have been different.

White Americans have now incorporated self-hatred, induced by the entertainment industry to such an extent that they can be predictably relied upon to cheer at depictions of their own downfall and degradation. The Help has earned over $70 million during its first two weeks of release.