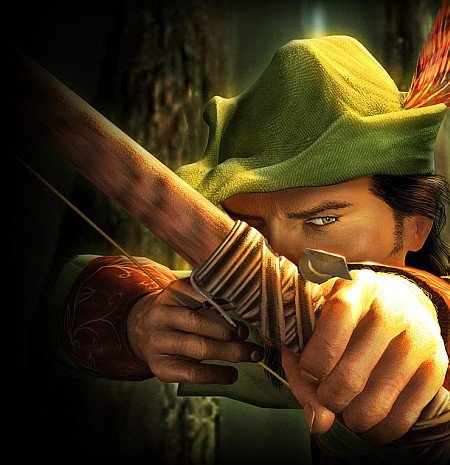 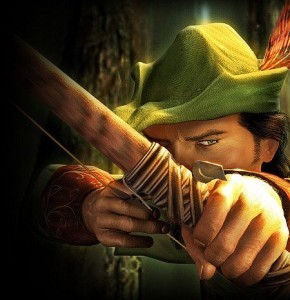 Robin Hood Belongs To Us

White Advocates don’t necessarily share political views beyond the immediate scope of our common defense of our heritage and identity. Heck, we can’t even agree on which aspects of our heritage are worth preserving or how to define our identity. Some of us would be within the bounds of mainstream conservative discourse were it not for “the race thing”. Some of us aren’t even conservative or traditional at all. We more than compensate for our dearth of chromatic diversity with a diversity of ideas, attitudes, dispositions, and perspectives.

Our Hoosier Nation team recently attended the Indianapolis edition of the Occupy Wall Street event both in solidarity with frustrated Hoosiers and to learn as much as possible about the spirit and direction of this phenomenon. What we found was that the majority of the attendees are relatively ordinary White people who are frustrated about the same problems the typical Tea Party supporter is frustrated about. They trend a bit more liberal and there are a few more non-Whites in the crowd, but the radical anti-White Leftism was almost entirely limited to the self-appointed “leaders” at the microphone.

The Tea Party phenomenon, the Occupy Wall Street phenomenon, the Ron Paul revolution, and even the Obama campaign represented the first stirrings of a deep-seated frustration with the elites, with the parameters of “respectable” discourse and action imposed by those elites, and with a projected future of increasing debt, decline, and dispossession. Unlike the torchbearers of yesteryear, we no longer need to convince people that it’s all going to hell. That once-insurmountable wall of satisfaction with the status quo is crumbling. We need to be out there chipping away at it and educating people about what to do once they’ve broken through to the other side.

We can’t afford to truly “support” any group that explicitly and directly distances itself from us and refuses to acknowledge our peoples’ right to exist. What we can do is throw our support behind specific campaigns which are commensurate with our goals. Ron Paul’s “End the Fed” campaign is one example and his isolationist foreign policy stance is another. Given that the federal government has become the single most powerful enforcement arm of the anti-White system, we would do well to carpool with the federalist and free market types up until they drive their car off the cliff of libertarian extremism.

Until we can reach a point at which we can begin defining and promoting campaigns, we’ll have to settle for identifying and supporting the campaigns aligned with our goals—regardless of the social or institutional context from which they emerged. The most recent example of this is the Robin Hood Tax that AdBusters recently proposed that the Occupy Wall Street movement rally behind.

On October 29, on the eve of the G20 Leaders Summit in France, let’s the people of the world rise up and demand that our G20 leaders immediately impose a 1% #ROBINHOOD tax on all financial transactions and currency trades. Let’s send them a clear message: We want you to slow down some of that $1.3-trillion easy money that’s sloshing around the global casino each day – enough cash to fund every social program and environmental initiative in the world.

The whole initiative is being proposed by Leftists pursuing another revenue stream for their global agenda. They’re already getting ahead of themselves in scheming about all the silly liberal initiatives the new money could be wasted on. It will, of course, be wasted in one way or another. But that’s beside the point. The point is that imposing this tax would curtail the most egregious speculation and market manipulation. By throwing our support behind this initiative, we can take up the fight against the international bankers. It’s an opportunity to educate our audience about the identities and histories of the global financiers, as well.

While the Tea Party movement and Ron Paul campaign are implicitly White and align substantially with our interests, we’ve learned by now that a cause which is only implicitly White will eventually become explicitly anti-White in its rhetoric and finally become effectively anti-White in its impact. The meteoric rise of Herman Cain, the Great Black Hope of insecure Tea Partiers, is only the most recent example of White America’s tortured process of consciously and deliberately sabotaging the products of the sharpening pangs of tribalism which are propelling them in the first place.

The key political demographic faction in play right now is the socially conservative White Democrat. After decades of perceiving their DNC as the party of the “little guy” against the greedy Republican fat cats, they’re increasingly uncomfortable and unwelcome in their home party. With each passing year, the party gets a little more overtly anti-White and anti-family. With each passing year, more of the union jobs Democrats supposedly defend are being shipped to countries the Democrats brokered “free trade” deals with. The single biggest shift since the mass migration of the Dixiecrats to the GOP is underway: the White Flight from the DNC ghetto.

Unlike the GOP of yesteryear which cleverly dog-whistled for the favor of those race-conscious Whites, this GOP is doing everything in its power to frighten off the Whites in the Heartland, the Rust Belt, and the rest of blue-collar America who’ve finally figure out—thanks to Obama, Holder, and pals—that the DNC is progressively stacked against them. The White American worker has no credible advocate in the current political paradigm and is increasingly open to heterodox alternatives to the anti-White orthodoxy.

Step Up, Then Step Back...Whitey!

When they show up for the Tea Party rallies, they’re reminded that it’s led by a cabal of cutthroat capitalists hellbent on cutting off their unemployment compensation, eliminating their tax credits, and shipping their jobs to the lowest bidder in the world. When they show up for the Occupy Wall Street rallies, they’re told at the beginning of the event that they’re to step to the back of the line behind the long list of gays, Blacks, lesbians, Mexicans, trannies, Jews, left-handers, and Asians who are more worthy than them (For some reason, we southpaws have been overlooked as a historically marginalized and victimized identity group…). The system deliberately and systematically strips them of a voice and both of the major street movements on the “left” and “right” also do this.

We have two basic tasks before us which are connected but relatively autonomous: education and mobilization. In order to keep our movement grounded, focused, and resistant to subversion, we must educate our target audience about the racial and Jewish dimensions of our problem. In order to keep our movement moving, we must mobilize behind campaigns which align with the our principles and perspectives. We can begin by standing behind a proposal which would hit international bankers hard and Jewish financial networks the hardest. 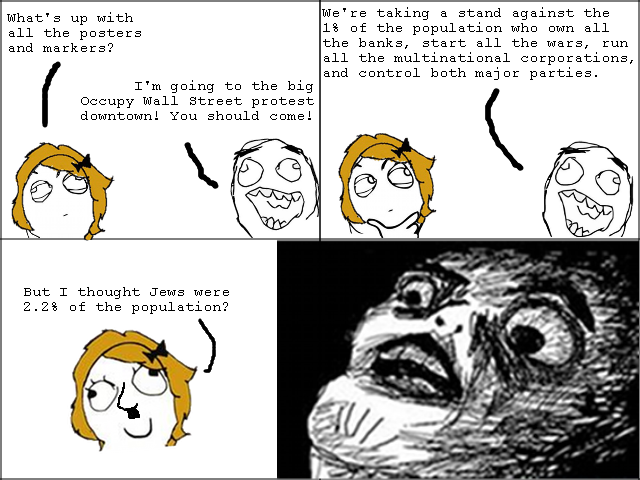 While we must never compromise or cloak our pro-White message, we should dedicate the majority of our resources to demonstrating our dedication to service and stewardship on behalf of our people. We have only one face card in our hand, and it’s that we alone honor the welfare and security of our constituents above all ideological or selfish considerations. In theory, we are the most passionate and consistent defenders of the most vulnerable and marginalized White American families. If we can translate that theory into practice, we may be able to win their loyalty and support…just like Robin Hood did.