One of the darkest chapters of multiculturalism in Holland is the enslavement of White women by immigrant men, mainly Muslims (see also “Pakistani family networks prey on White girls in the UK“). The current antiracist discourse makes White parents and their daughters blind to the dangers of foreign men. Since the 1990s the luring of Dutch women into prostitution by young foreign males has been documented and is worthwhile for a wider audience than the Dutch-speaking countries.

In the prevailing Islamic culture among the majority of Dutch immigrants (Turks, Moroccans), a woman should be a virgin until marriage and it is customary to marry with the consent of the parents and within the same ethnic group. Islamic immigrants have a very high rate of marriage within the same ethnic group despite the fact that the third generation has grown up in Holland. In 2001 between 90% (Turks) and 95% (Moroccans) marry within the own ethnic group. In 2007 (gelijke herkomst = common descent) and 2010 (allochtoon = foreign) the figures are not much different. When we look at those figures it should also be taken into account that word ‘autochthonous’ only says something about crib and not about creed.

Mass immigration means not only the settling of new individuals and foreign families, but ultimately leads to alien communities with their own lifestyle and values. In many cases those values don’t match and cause misunderstanding and even hostility. One very sensitive issue is the position of women. Dutch women with their individual freedom of sexual intercourse and partner choice are seen as morally low from an Islamic point of view, because they are more likely to hang out and have relationships with different men. Dutch women are seen as easy prey and lust objects due to their more unrevealing and sexually taunting ways of dressing.

It is very interesting to see that on the one hand Islamic men tend to go to places where Dutch women are most revealing and vulnerable (discos and swimming pools) and harass them (usually in groups), while they create a safe environment for their own women by demanding separate swimming hours for Islamic women in public pools. This kind of evolutionary group behavior to shield off their own women from Dutch man by veiling them and demanding separate leisure facilities, while at the same time extensively preying on Dutch women for the sake of sexual intercourse, has not been noted in mainstream scientific publications.

What’s also noticeable is that Islamic men tend to seek sexual intercourse with Dutch women, but at the same time they don’t seek a more durable relationship or children with these women. In Islamic culture marriage is deeply enmeshed in kinship relationships and not uncommonly is consanguineous (i.e., marriage with close relatives, typically first cousins). This pattern typifies the kinship-based eusociality characteristic of the Middle East (including traditional Jewish groups) and is the diametric opposite of Western marriage practices centered around individualist choice of marriage partner unenmeshed in extended kinship relationships (see “Altruism’s bloody roots“).  Around 25% of Morrocans and Turks marry a close relative.

The sexual exploitation of Dutch women brings me to the phenomenon of the “loverboy”. In Dutch culture the English term ‘loverboy’ means the wooing of a woman by a man with the intention to force the woman into prostitution. In many cases the man uses a mix of mental pressure (he loves her, but needs money) and violence to make her prostitute herself. 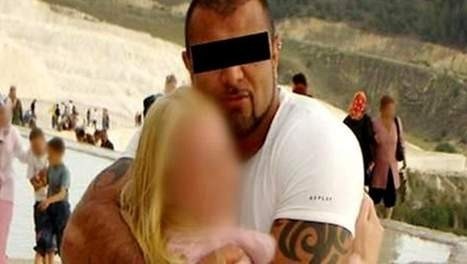 Saban Baran, a Turkish national who is infamous for forcing over 100 White women into prostitution. He was merciless in beating women up and even tattooed them to show that show that they were his 'property'. 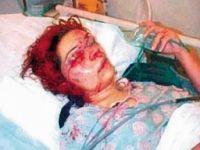 Photo of a victim of Saban  Baran appearing on a website devoted to bringing Baran to justice. Baran fled The Netherlands while on leave from prison to be a with a baby born to one of his trafficking victims whom he married from jail. Turkey does not extradite its nationals. 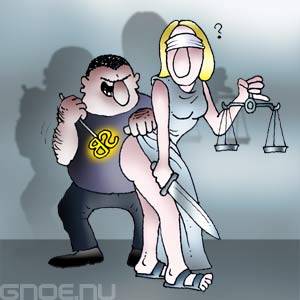 The great majority of the ‘loverboys’ are of foreign descent, most notably Muslims. There has been extensive research by social scientists on this topic. The government-sponsored Willem Pompe Institute for Criminology released some figures on the ethnic composition of the group of loverboys in Amsterdam in 2004: 83% were of Dutch nationality, but of this number 37% was Moroccan, 17% was Turkish, 14% Surinam, 12% Antilleans and 7% of other descent (page 14). Looking at the ethnic composition of the Amsterdam population in 2004 there were 8,5% of Morrocan descent, 5,1% of Turkish descent, 9,6% of Surinam descent and 1,6% of Antillean descent (page 11). In both absolute and relative numbers minorities are overrepresented, the Antillean (Caribbean Blacks) by a factor of 7.

It is safe to say that over half of the loverboys are Muslims, but we should not dismiss the fact that a quarter of them are Blacks (Surinam and Antillean). Among Dutch passport holders only 13% can pass as native Dutch and this number sinks below 10% of we take into account that there are no native Dutch in the 17% non-Dutch passport holders among the loverboys in Amsterdam. In any case, it is an under representation by a factor of 5 because 51,3% of the Amsterdam population in 2004 was native Dutch. In another report of the Willem Pompe Institute for Criminology of 2006 professor Frank Bovenkerk acknowledges (page 20) that foreign men are at least partly driven by a contempt for the lifestyle of Western women.

The problems with loverboys are not exclusively Dutch. They exist also in neighboring countries like Belgium, England, France and Germany. In Belgium the newspaper De Morgen (17-9-1998) had the headline “Loverboys recruit minors for prostitution,” and the newspaper Le Soir (25-8-2003) published an article under the title ‘L’amour vendu aux “loverboys” (“Love sold to ‘loverboys’”). In all countries minorities play a key role, especially those from Muslim countries around the Mediterranean like Turks, Albanians (including Kosovars) and Algerians. It is a widespread problem in Western Europe because of the breakdown of White group defence mechanisms due to antiracism campaigns which deemphasize any hint of rampant criminality among ethnic minorities.

Even when figures show that more than 90% of the loverboys are of foreign descent, the police worry more about the discrimination against non-White loverboys than the protection of Dutch girls. A telling example is this movie by the Dutch police in which the question of whether all loverboys are foreigners (obviously phrased to be false even if 99% of loverboys are foreigners) is tagged as “discrimination”. The White girl asking this question in the movie is confidently corrected (Nee!) by the police officer who goes on to explain away the ethnic background of loverboys by describing them in more general terms as men who want luxury and quick money.

A major factor that makes prostitution more socially acceptable is the favourable way it is being portrayed in popular media. The above-mentioned professor Bovenkerk points out in his book Loverboys, on Modern Pimps (2009) that the movie Pretty Woman with Richard Gere and Julia Roberts (produced by Arnon Milchan) has contributed to a glamorous image of prostitutes and their costumers: rich men falling in love with prostitutes. In reality costumers of prostitutes don’t seek emotional satisfaction or love. Nevertheless, showing off with cars and cash and giving expensive gifts is the way loverboys usually attract women, just like in the movie.