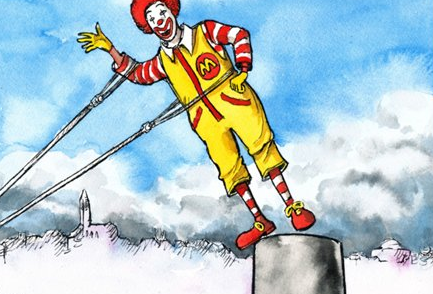 This is the way the world ends

Just as the more harsh totalitarianism of yesteryear has been replaced by the soft totalitarianism practiced by our hostile elites, the harsh collapses of yesteryear will be replaced by a series of insidious soft collapses. A levy will break over here. A riot will break out over there. Like a man who’s been castrated, we’ll steadily weaken by degrees both inwardly and outwardly. Where we were once muscular, we’ll find ourselves weak. Where we were once up to the challenges we faced, we’ll find ourselves shrinking from them. The West will likely be the last to know, as we’ll spiral even more deeply into denial and distraction while thing fall apart.

When the Mexican Army kicked off the Mexican-American War with the Siege of Fort Texas, they did not yet realize they were merely Mexicans up against a dramatically more capable opponent. They saw themselves—incorrectly—as the obvious and natural heirs of the great Spanish military tradition and were more surprised than anybody by the disastrous outcome. Similarly, contemporary Americans see themselves as the obvious and natural heirs of a great nation, a nuclear power with a sprawling military empire, an unparalleled economy, and an enviable commitment to the highest Christian and Enlightenment virtues—incorrectly. 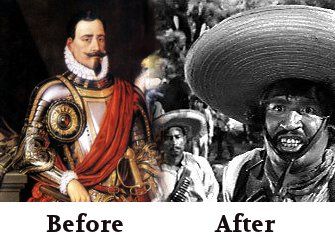 Our equivalent of the humbling that Mexicans experienced as a people will be more soft. It will occur behind closed doors at the global summits, in trade negotiations, and in countless casual conversations about current affairs. In fact, it’s already happening. A series of bubbles of false prosperity have been percolating since the collapse occurred at some undefined moment in the previous decades, perhaps with the Immigration Act of 1965. That’s when the bottom fell out on America’s demographic profile. The economic collapse began in 2007, having been held off for several years by the fortuitous discovery of a truly enormous “greater fool” for the federal government’s Ponzi scheme: China. Perhaps the sociocultural collapse began when Jews leveraged and adapted the war propaganda of WWII into a pervasive secular religion of anti-White and anti-traditional “Holocaustianity”? The metaphysical and metapolitical collapse occurred much earlier, perhaps a millennium earlier, only now accelerating at this late stage of spiritual necrosis.

Perhaps there will be a dramatic event of some sort which will be easily labeled “The Collapse”, but I doubt it. The notion that the collapse will be some sort of epic global event relies on the obsolete notion that we White people matter as much as we used to. We don’t, and the world will get along fine without our occupying a central role in it. The Jews who’ve been joyriding this Western vehicle will become increasingly frustrated with its declining reliability. Even now, our military has been a huge disappointment in their effort to “Secure the Realm”. Not only are Iraq and Afghanistan no more friendly to Israel than they were before, but the Muslim Brotherhood is eating Israel’s lunch while we’re picking up the tab in the aftermath of the Arab Spring revolts.

Of course, we’re not really picking up the tab. The productive economies of the Far East are picking up the tab in the form of “loans” to the United States government and investment in our economy. These loans are predicated on a false assumption that the West can and will recover from its current malaise and provide a return on investments in it. It won’t. One by one, the numerous Asian businessmen are glaring pensively at their laptops and realizing that they’ve been had. One foreign investor is probably having that very realization right now. My parents lived in fear of a Russian communist pushing a big red button, but the death of the West will come with the rhythmic tapping of a Chinese capitalist’s laptop keyboard. 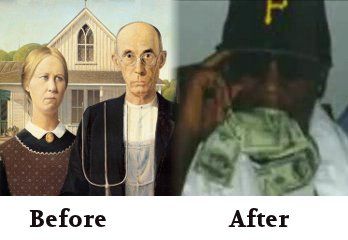 From a historical perspective, there’s nothing mystifying about White decline. There was no “collapse” in Brazil’s decline from a promising and prosperous Portuguese colony to a third world cesspit. There was no “collapse” in India’s decline from a wealthy and advanced Aryan empire into a diseased and dysfunctional bazaar of desperation and depravity. Even to this day, Brazilians and Indians cling to the illusion that they’re not collapsing or collapsed. In fact, they’re eager to brag about how much they’ve been “developing” lately. While the overwhelming majority of Brazilians and Indians have been pulled into the undertow, a Whiter-than-average elite remains in both countries, comprised of those who’ve managed for generation after generation to straddle the abyss.

We’ll have that here, too. We’ll have White people who manage to succeed in the new multiracial and multicultural context. But they’ll only succeed relative to their context. They’ll stand at the bow of their sinking ship, beaming with pride at their superiority relative to their drowning countrymen and dimly aware of how far they’ve sunk relative to their ancestors. Without a deeply rooted inter-generational tradition to inculcate and enforce racial hygiene, interracial marriage will become routine and the race will die out. While there will surely be people who are pretty much White for several centuries to come, they’ll be effectively if not actually exterminated, much like the Indigenous Australians, Amerindians, and Ainu tribesmen remain as socially, politically, and demographically barren refugees from the past.

The process has already passed the critical tipping point in America, with simply too many Americans having a half-Asian nephew, a loyal Mexican co-worker, or a Black childhood friend. They’re already gone. They’re already barren. America’s nascent development of an exclusively White ethnic identity was killed off too quickly and too completely to be recovered in any comprehensive manner at this late hour. “America” can only decline (by a series of soft collapses) into a third world mockery of the great nation and state our forefathers struggled to carve from the frontier and entrust to their progeny. The last opportunity for a comprehensive reversal occurred well before I was born and there was simply too much money and well-organized opposition for the few torch bearers of the prior generations to achieve their ambitious goals.

That’s not to say there’s no hope, it’s just that the hope must be shrewdly invested in the only possible strategy for success: a radical departure from not only the national identity but from the very metaphysical foundation upon which it was built. I don’t know how exactly that would take shape, but Jesus Christ, Mohammad, Genghis Khan, and Brigham Young demonstrate that it is indeed possible for a new nation, tribal identity, and even civilization to emerge very rapidly from very humble beginnings. We should take a moment to reflect on what’s been lost and perhaps even whimper a bit. But then we need suck it up and do what our nature inclines us to do: leave this world behind and pioneer the uncharted territory lying before us.