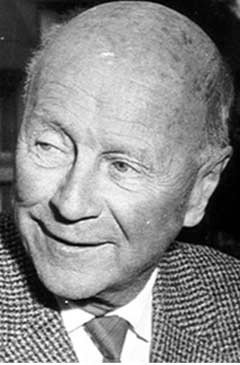 What follows below is my translation of a short chapter (Ch. 40) from Otto Koellreutter’s book Der nationalsozialistische Rechtsstaat (1938) (The Rule of Law in National Socialist State). Koellreutter was professor and dean of law at the University of Munich from 1933–1945. Along with Carl Schmitt, he was one of the prominent legal scholars in National Socialist Germany. He was also a NS party member (see Peter Caldwell’s article, “National Socialism and Constitutional Law : Carl Schmitt, Otto Koellreutter, and the debate over the nature of the Nazi state, 1933–1937”).

The translated chapter from his book is interesting in so far as it sheds a different light on the semantic and legal manipulations of words such as “the rule of law,” “totality,” “total state,” “absolutism” — words and concepts which have obtained a radically different meaning in the Liberal System of today. The author, however, writes favorably about the liberal experiment in 19th-century Europe and suggests that Liberalism, during that epoch, helped create the modern nation-state, including modern Germany. The author points, however, to the dated nature of Liberalism in comparison to National Socialism, which is seen by him as the best answer to the 20th-century crisis of modernity.

As a rule, the standard in modern academia should be truthfulness and not mendacity, although mendacity seems to have become today a common feature in the curricula in the USA and the EU. It must be pointed out that both Communist Soviet Union and NS Germany had very elaborate legislation covering all spheres of their respective societies. For that matter all city-states, all monarchies, or principalities throughout history, from Solon in ancient Greece, to medieval Europe, were applying the letter of the law. The point, however, is not whether a political regime abides by the rule of law or not; the point each student needs to address and then try to decipher is how a ruling class in power interprets the law and who interprets it.  Who is in charge of judicial review? That’s the essential question.

The modern Liberal System, which loves to posture as a role model of absolute lawfulness and ultimate goodness, has demonstrated over the last several decades that it can resort to repressive extrajudicial measures yielding far better results than any other system of belief hitherto in the history of the West. The modern thought police in Europe, along with their opinion-making scribes, bear witness that the Liberal System is getting increasingly nervous and hence more inclined to extrajudicial repressive means. Faced with the pending financial catastrophe and the gradual unraveling of its big lies in its hagiographic arsenal, the Liberal System may be tempted to resort to extrajudicial torture and killings of unseen historical proportions. In the near future, one must not rule out planted and fake stories in prominent media in the US and EU about “right wing terrorists,” or “White supremacists bombing of federal facilities,” etc. This verbiage is a classical form of bestowing “negative legitimacy” on one’s own moribund system — a practice well established among Communist journalists in Eastern Europe from 1945 to 1990. Such distorted legalese is typical of a regime facing the approaching collapse.

My intention in translating this chapter is not to whitewash National Socialism or to resurrect its legal practices. National Socialism is history. But so should be “Hollywood Nazism,” which also needs to be rejected. In order to achieve more sanity in modern jurisprudence, a law student in the USA and the EU must critically observe, in comparative fashion and in a wider historical framework the meanings of the words such as “the rule of law” and not take for granted the frequently one-sided lectures by his often ignorant, dogmatic, or self-censored professors. Each student, before taking at face value the flowery paragraphs from the constitutions of modern liberal states he plans to visit, must first become acquainted with the criminal code of the countries on his itinerary. In hindsight my lengthy, footnoted article, published 25 years ago on the end results of Liberalism, seems to be quite timely.

If we adopt the foregoing remarks, not many words will be needed to single out the fundamental difference between the essence of the rule of law in the Liberal state and the rule of law in the Nationalist Socialist state. Indeed, even the Liberal state laid claim to the rule of law. And it was quite right to do so during the times of its creative construction. Moreover, creative thinking manifested itself also during the French Revolution. In this sense the French Revolution was also a genuine revolution.

The absolutist idea of the state, which viewed the individual as an object of state authority, was bound to trigger an intellectual counter-current, which emphasized and reemphasized the value of the individual. There were initially intellectual forces at work manifesting themselves in quite a creative manner and shaping decisively the life of the state and the legal life of the 19th century.

National Socialism has demolished the ideas of the ossified rule of law of the Liberal state. Individualism, which is inherent to the notion of the state and law, had already been intellectually surpassed during the experience with the World War I.

It is obvious that even in the 19th century there were creative people of the organic and voelkisch mindset, such as Baron von Stein, and Bismarck, who, although being children of the Liberal epoch were not affected by the individualistic mindset. Thus they became the carriers of political ideas implemented by National Socialism.

At the beginning, the Liberal state of the rule of law possessed a notion of the state and law of ​​an individualistic character. Had it not possessed those qualities it would have never been able to attain any creative forms. In our day, however, the Liberal state with its rule of law does not possess any of the original notions of the state and law.

The horrendous experience with World War I has replaced in our generation the individualistic mindset with the community experience, thus creating the necessary preconditions for the coming into existence of the rule of law of the National Socialist state. It is understandable that the Liberal state of the rule of law portrayed itself, based on its intellectual attitudes, as the constitutional state and as the state of the rule of law, just as liberal democracy has been immersed in the belief that it is the only possible political form of modern statehood in the world. What we are observing here is the claim to totality in the world of liberal ideas.

Therein lies its “illiberal” attitude. And therefore resistance is being put up here at home and abroad by circles which, for their part, strive to hold on to the totality of the liberal world of ideas. The construction of the National Socialist German state governed by the rule of law is the sign that the totality of National Socialist worldviews has prevailed in the German people.