First of all the ancient Olympic Games were an expression of Greek nationalism as they were pan-Hellenic. The Greek world was divided into city-states which were either independent or had some form of self-government. Only Greek freemen were allowed to participate and the Games were held in the honor of  the Greek gods, because they were believed to reside on Mount Olympus. Both criteria automaticly ruled out any possibility of foreign participation whatsoever, even as a spectator. Attending the Games was giving hommage to the Greek gods. Another striking feature of the ancient Games is that only the winners were showered with fame and honor. There was no notion of a second or even third place. The Games were a showcase of Greek pride and prowess.

The modern Olympic Games were first revived by Greek nationalists during the 19th century following the independence of Greece in 1832. It had again a pan-Hellenic character as Greeks from all over the Mediterranean were encouraged to join in. In 1890 the Frenchman Pierre de Coubertin found the International Olympic Committee (IOC) which managed to get the Olympic Games held in Athens in 1896 as an international event in which 14 European nations (or nations of European descent) participated. The Greek nationalist rationale that somebody was not a citizen of a state, but a member of a nation was upheld: Greeks from the Ottoman Empire were listed as Greek. Some people opted for Athens as a permanent city for the Olympics but this was overruled by the IOC. Since then, the Olympics are held every four years in different cities around the globe.

The Berlin 1936 Olympics are widely criticized for glorifying National Socialism, but nothing is further from the truth. All nations and races were allowed to compete and the Berlin Olympics even added new aspects to the Olympics. The torch relay from Greece was introduced and the grandiose opening with a lightshow was to set a benchmark for the following decades. All of this was filmed by the innovative director Leni Riefenstahl under the name Olympia, which I personally regard as her masterpiece.

WWII cast a shadow over the Olympics, as the 1940 and 1944 editions were cancelled. After the war Japan and Germany were excluded in the 1948 London Games.

Nowadays, every association between the Olympic Games and National Socialism is considered beyond the pale. In the 2012 London Olympics the German Nadja Drygalla was pressured to leave the Olympics because she is allegedly a girlfriend of a member of the NPD. Voula Papachristou was expelled from the Greek Olympic team for Tweeting  this innocuous statement: “With so many Africans in Greece … at least the mosquitoes of West Nile … will eat homemade food!”

Nowadays the Olympic Games are a far cry from the nationalist event it once was. During the Cold War the United States and the Soviet Union still competed for medals based on more or less national teams, but since 1989 the Olympics have turned into a charade. The most telling examples are the way Africans are being naturalised for running competitions and Chinese for ping pong competitions. Chinese who are not good enough for the Chinese national team are finding their way in other nation’s teams. Miao Miao used to play for Poland, but is now Australian. Liu Song represents Argentina, Lin Jun the Dominican Republic and Wu Jiaduo is coming out for Germany.

The irony is that China is one of the few countries left that would rather risk losing with their own people than to naturalize aliens to be able to win. They participate for the glory of their own nation, despite article 6 of the Olympic Charter. Moreover, they believe in their own strength and prowess, just like the Greek once did.

On the other hand, for the West, where ethnic diversity is prized above all else, the Olympic teams represent the proposition nation idea. So why not recruit whoever you can to get the best team? The U.S. team has 38 athletes who were not born in America. Some of them competed for their native countries before becoming American citizens, including Bernard Lagat who was born in Kenya and represented his native country in the 2000 and 2004 Olympics, and Khatuna Lorig, who competed for Georgia in 1996 and 2000. Their presence on the American team obviously prevents other Americans from competing. But it’s all about winning, right?

Despite all this, according to Steven Walt, Americans still get a charge out seeing Americans win (“What the Olympics can tell us about nationalism“).

Yet I find myself cheering for a bunch of strangers who for all I know might be mostly jerks. But even though I know all this, most of the time I can’t quite stop myself from being inwardly pleased when the Stars and Stripes is up on the podium, and I can’t help feeling a bit disappointed when some American individual or team flames out. …

This tendency isn’t absolute, of course (i.e., there may be some U.S. athletes I don’t care much for…). And in those cases, I won’t be sorry if they don’t emerge triumphant. But the general rule applies, because nationalism remains an incredibly powerful political force.

An obvious place to see nationalism in the Olympics is the ethnic/religious variety. The Jewish press has been gaga over Jewish Olympians, and an article titled “Jews, Sikhs, Hindus root for fellow believers in Olympics” is self-explanatory. Which makes me wonder whether White Americans are equally proud when a native-born White athlete wins as when Bernard Lagat or even Gabrielle Douglas wins. I rather doubt it.

Perhaps Walt may actually be thinking the same way. Walt’s example of someone he cheered for Ryan Lochte, a White swimmer whose photo adorns his followup blog. 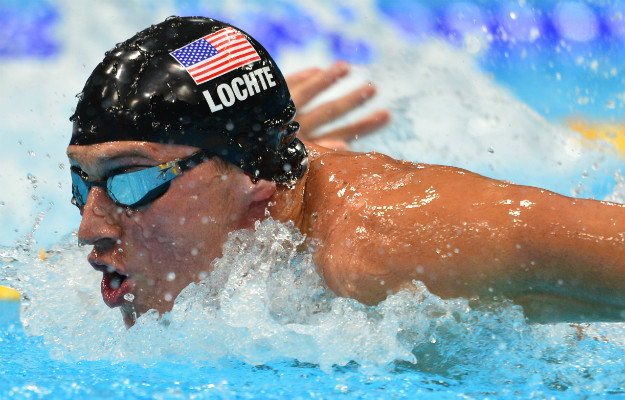