I have to face facts: if I were Jewish, I’d probably be a devout liberal. If I were Jewish and American, I would have voted twice for Barack Obama, demanded justice for St. Trayvon (whose hoodie, like the relic of  a medieval saint, will likely be displayed at the Smithsonian Institution in Washington, DC) and be fully in support of open borders. This helps explain why I admire the late Larry Auster. He did something I don’t think I could have done. He was born Jewish but he refused to join the White-hating, West-destroying Jewish establishment. He never accepted the fame and wealth that were his for the asking. He could have imitated men like Mark Steyn and Theodore Dalrymple. Then he would have been hugely successful and well-rewarded in that branch of liberal pathology known as neo-conservatism. But something got in the way: his respect for the truth.

Steyn and Dalrymple don’t care much for the truth. Both are part Jewish and both follow the rule of Pas devant les goyim – “Not in the front of the gentiles.” Dalrymple’s shtick is to endlessly criticize the pathology of modern British life without mentioning crucial factors like race. Here he is hard at work, suppressing facts and concealing reality:

Last June in Paris, a young Englishman walked into a bar frequented by Britons, having agreed to meet his girlfriend there. A row had been brewing between them all day, and he asked her to leave with him. She was enjoying herself, however, and demurred; whereupon he dragged her into the adjoining room, punched her to the ground, and kicked her so viciously that he left her head and stomach covered in bruises. The bar staff pulled him off and threw him out, but not before he had received a Glasgow kiss — a head-butt — from a chivalrous patron of the bar.

Only two months earlier, a court had acquitted the young Englishman of an assault on his previous girlfriend, the mother of his two-year-old child. … Apart from its Parisian setting, every aspect of the story seems familiar to the student of English underclass life: the easily inflamed ego, the quick loss of temper, the violence, the scattering of illegitimate children, the self-exculpation by use of impersonal language. But the young Englishman was not a member of the underclass, nor was the woman he assaulted. His salary alone was $1.25 million a year, and she was a well-known weather-girl-turned-talk-show-host. Poverty was not the explanation of their behavior. The young Englishman was a famous professional soccer player. (Uncouth Chic, City Journal, Autumn 1998) 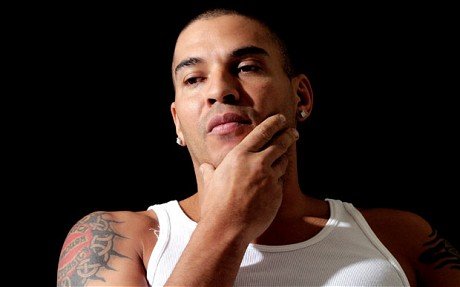 Dalrymple obviously enjoys describing the thug as an “Englishman.” But he never mentions the thug’s name or the name of the “weather-girl” he assaulted. After all, if he’d done that, his American readers might have looked up the full details. Then they would have discovered that this typically “English” behaviour was typically “American” too. In other words, the thuggish sportsman is Black: Stan Collymore. His assaulted girlfriend is a Swedish blonde called Ulrika Jonsson. Dalrymple knew all this and deliberately suppressed it. He rails constantly against political correctness and its censorship of material facts. Meanwhile, he carefully censors race in his own writing and plugs the neo-con “Ideology Über Alles” line.

Larry Auster gets to the crux of Dalrymple’s attitudes on race. Remember, Dalrymple is considered a conservative thinker.

In 2001, Dalrymple wrote an article for City Journal about British immigration in which he repeatedly (nine times) described his fellow Britons as “xenophobes” (that’s got to be some kind of record). He suggested unrestricted open immigration, combined with the end of the welfare state. Your basic Wall Street Journal position. And part of that position is that, even though there is no prospect of the welfare state being ended, Dalrymple continues to support the existing unrestricted immigration anyway. (“Uncontrolled immigration turns natives into criminals“)

Mark Steyn does the same. He’s unusual for a neo-conservative in that he’s intelligent, talented and funny. But he has a typical neo-con attitude to reality: “No thanks!” Lying comes as naturally to neo-cons as breathing. That’s why you get a double dose of irony in Steyn’s writing. He lies and evades reality as he mocks liberals for lying and evading reality. Here is a recent example:

The politicization of mass murder found its perfect expression in one of those near-parodic pieces to which the more tortured self-loathing dweebs of the fin de civilisation West are prone. As the headline in Salon put it, “Let’s Hope the Boston Marathon Bomber Is a White American.” David Sirota is himself a white American, but he finds it less discomforting to his Princess Fluffy Bunny worldview to see his compatriots as knuckle-dragging nutjobs rather than confront all the apparent real-world contradictions of the diversity quilt. (The “Co-Exist” Bombers, National Review Online, 19th April, 2013)

Really, Mr. Steyn? You really think that David Sirota hoped the bomber was from the same race as himself? That Sirota is “self-loathing,” rather than other-loathing? That “discomfort” was his motive for hoping the worst of his “compatriots”? If you do think all, perhaps you should confront some “real-world contradictions” of your own. 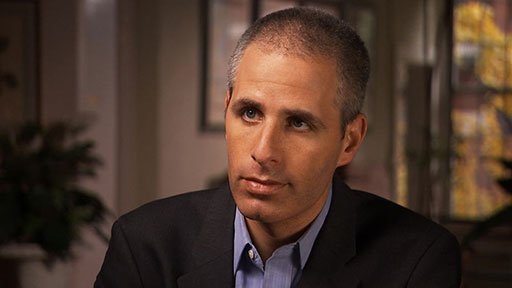 Steyn won’t do that. Instead, he will continue to evade reality and mock liberals for evading reality. Here’s an even more recent example:

The other day the Boston Globe ran a story on how the city’s police and other agencies had spent months planning a big training exercise for last weekend involving terrorists planting bombs hidden in backpacks left downtown. Unfortunately, the Marathon bombers preempted them, and turned the coppers’ hypothetical scenario into bloody reality.

What a freaky coincidence, eh? But it’s the differences between the simulation and the actual event that are revealing. In humdrum reality, the Boston bombers were Chechen Muslim brothers with ties to incendiary imams and jihadist groups in Dagestan. In the far more exciting Boston Police fantasy, the bombers were a group of right-wing militiamen called “Free America Citizens,” a name so suspicious (involving as it does the words “free,” “America,” and “citizens”) that it can only have been leaked to them by the IRS. What fun the law-enforcement community in Massachusetts had embroidering their hypothetical scenario: The “Free America Citizens” terrorists even had their own little logo — a skull’s head with an Uncle Sam hat. Ooh, scary! The Boston PD graphics department certainly knocked themselves out on that. (Big Politically Correct Brother, National Review Online, 14th June, 2013)

Steyn mocks, but doesn’t analyse. America is clearly suffering from advanced political AIDS: its government hates the White Christians who created America and who still sustain it. The government supports non-Whites and non-Christians and wants to open America’s borders to the whole world. In other words, the immune system of American society now works to destroy America, not preserve it. But what explains this political AIDS? Mark Steyn won’t go there. Neither will Theodore Dalrymple. In contrast, Larry Auster explained it long ago:

Just the other week I was telling a secular, leftist Jew of my acquaintance, a man in his late sixties, about my idea that the only way to make ourselves safe from the specter of domestic Moslem terrorism is to deport all jihad-supporting Moslems from this country. He replied with emotion that if America deported Moslem fundamentalists, it would immediately start doing the same thing to Jews as well. “It’s frightening, it’s scary,” he said heatedly, as if the Jews were already on the verge of being rounded up. In the eyes of this normally phlegmatic and easy-going man, America is just a shout away from the mass persecution, detention, and even physical expulsion of Jews. Given the wildly overwrought suspicions that some Jews harbor about the American Christian majority who are in fact the Jews’ best friends in the world, it is not surprising that these Jews look at mass Third-World and Moslem immigration, not as a danger to themselves, but as the ultimate guarantor of their own safety, hoping that in a racially diversified, de-Christianized America, the waning majority culture will lack the power, even if it still has the desire, to persecute Jews. (Why Jews Welcome Muslims, Front Page Magazine, 22nd June, 2004)

Unlike Steyn, Dalrymple and countless other so-called conservatives, Larry Auster respected the truth and described what was in front of his eyes. Kevin MacDonald examines more of his honesty in “Lawrence Auster on the Role of Jews in Disestablishing White, Christian America.” And anyone who thinks Auster lacked a sense of humour and irony should sample “LAPD coins new phrase for rampant black homicide of non-blacks” at his website, View from the Right. That page reminds me of Jonathan Swift, creator of Gulliver’s Travels, and his saeva indignatio, or “fierce indignation” at the lies and corruption of the world. Like Swift, Auster was a strange and difficult man. Great prophets often are. I’m not sure how great Auster was, but he was certainly a prophet, far-sighted and devoted to his nation. That’s why I will continue to read his writing and to regret his passing. My prescription for White nations is simple: