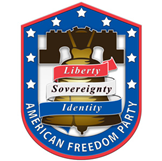 The June 2016 Interim Report by the Homeland Security Advisory Council (HSAC) contains a number of factual, conceptual, and semantic errors that need to be critically addressed, and possibly revised. While we are aware that the USA is faced with threats to its domestic security, and that the DHS must therefore encourage cooperation with various academic and non-governmental bodies in assuring the safety of the American people, we have serious concerns with the HSAC’s choice of words and with the sources it quotes.

The commendable objective of the HSAC Report is to alert the American public to the rise of radical and unconstitutional behavior among American youth. Why then does the author of the Report, in describing “extremist  groups,”  resort to loaded, unfair terminology, such as “violent extremism “ and “white supremacism” when describing peaceful groups such as the American Freedom Party (AFP)? Thus, in Chapter III, titled “Generational Threat,” the HSAC author writes that “the American Freedom Party, a white supremacist group, recently established a youth wing…” As his source, the HSAC author quotes the Anti-Defamation League (ADL), an activist organization whose own ethnic agenda hardly qualifies it as able to provide a neutral assessment of the American political scene. Such groups are incapable of providing useful, unbiased information for the DHS staff.

The locution “white supremacist” used in the HSAC Report has become a standard insult whose value-laden meaning serves primarily as a way of closing off discussion and debate about the legitimate interests of Americans of European cultural heritage. Another technique is to call European Americans “racists” when they seek to advance the interests of their group — at the same time that all other Americans are strongly encouraged to identify with their racial or ethnic group and band together to promote their interests. Likewise, the phrase “violent extremism”, also used in the HSAC Report, should only be used to describe groups with a history of promoting violence — certainly not the stance of the American Freedom Party.

The American Freedom Party is a law-abiding party whose primary goal is to educate young Americans of European ancestry about their heritage and culture. This goal is achieved by educating citizens on a range of academic subjects; from classical literature to sociobiology. Of course, we cannot keep track of the pedigree of all our members or all our sympathizers; nor can we exclude the possibility that some “Hollywood Nazis” or other agents provocateurs may identify with the AFP for reasons that are thoroughly incompatible with AFP goals.

Of far more interest to the HASC should be violence-prone, “diversity”-championing activists on the Left who thrive in the highly politicized atmosphere of American colleges and universities. The AFP considers these groups to be a far more significant threat to the stability of America and to the preservation of traditional American freedoms such as freedom of speech — an issue which the HASC should examine in depth in future reports.

On a personal level, I, T. Sunic, as a naturalized American citizen, having spent a good portion of my youth in communist ex-Yugoslavia, am well-acquainted with the narratives of the former communist regimes in Eastern Europe and their similarity to various semantic distortions in the present political and mainstream media and academic discourse in the USA, including the discourse of the HSAC report. The author of the HASC Report may or may not be aware that his prose often lapses into the type of “millenarian”, eschatological prose that bears a strange, if less threatening, resemblance to the former Soviet ukases.

Feel free to call or write if I /we can be of any assistance.