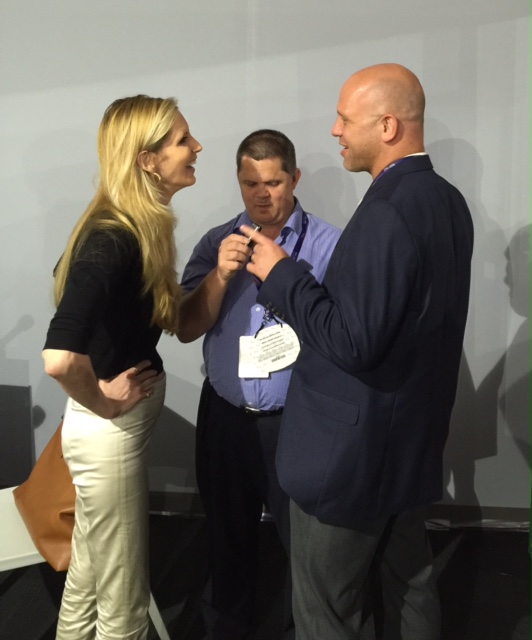 I had the unique experience of being at the Republican National Convention last week when the center of the political universe briefly aligned in Cleveland, Ohio. It was a rewarding adventure that began on April 26 when I received an e-mail inviting me to broadcast live from the 2016 Republican and Democratic National Conventions. I’m a political independent, but having an opportunity to see the next president accept the GOP nomination proved too hard to pass up. Turning down the trip to Philadelphia was a much easier decision.

I’ve been toiling in the vineyards of radio for almost twelve years and have developed an inadvertent knack for attracting media attention. I used to talk to the press but that all changed years ago. In fact, I’ve declined more than one hundred interview requests this year alone from some of the biggest outlets imaginable, such as the Wall Street Journal andNew York Times. I don’t mind publicity but I also don’t seek it and with rare exception stopped granting interview requests years ago. Yet they’re still drawn to me like moths to a flame. (No offense to moths.)

Perhaps it was because of this that the intrepid crew at Media Matters listed me along with such notables as Ann Coulter, Sean Hannity, Rush Limbaugh and Bill O’Reilly as one of the top twenty “right-wing media fixtures” most responsible for boosting a Trump nomination (see chart at bottom of post). You’re welcome, Mr. Trump!

A few days after my coronation as a bonafide media heavyweight I was offered press credentials by the Trump campaign and given permission to broadcast a live episode of The Political Cesspool Radio Program from a rally in Tennessee. A report that I penned documenting my experience at that event nearly melted the national media to its core.

Read the rest of the article at The Political Cesspool. 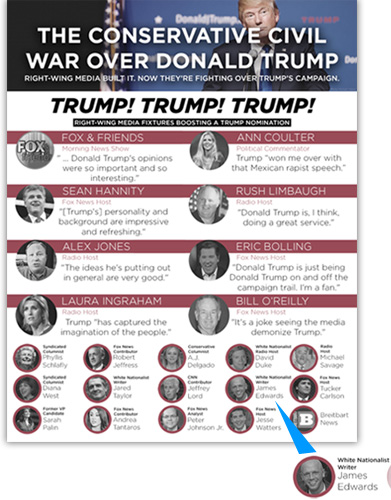