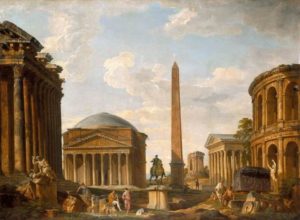 One of the many paths to power for alt-right ideas would be to control substantial elements of the federal government. This scenario has major limitations given the Constitution and the inertia that exists in the American system due to the nebulous divisions of sovereignty it imposes. It’s also hated by purists, who think the United States has to go. And perhaps it will eventually, because there is no method of totally fixing it from within. But controlling blocs of federal power is a scenario in which executive orders, acts of Congress, and Supreme Court rulings could be made with the intention of not making things worse. Because that’s exactly how things are for us under occupation—worse every year.

This makes more people resent the system but it also… makes us worse off. We shouldn’t rule out the idea of having policy positions for the current system of government; that door is not entirely shut yet. Planning for collapse scenarios is all and well, but having policies which could plausibly be enacted tomorrow rather than the day after tomorrow has rhetorical value. It shows we aren’t just LARPing about the ethnostate and that there are short- and medium-term applications for our ideas. So here are some areas that an alt-right administration could tackle:

The United States has a history of turning away the world’s huddled masses, so yes, anti-immigration is an American value. Before 1890s, and more so before 1880, most immigration was from places like Ireland, Germany, England, Scotland, Scandinavia and so forth. From 1880-1920, most immigration came from Italy, Poland, Russia and other non-Northern European countries, bringing with it large numbers of Jews. The 1924 Immigration Act, also known as the Johnson-Reed Act, set up a national origins quota for who could enter the United States as a reaction to this change. The law replaced the 1921 Immigration Act, which was less strict, passing the House of Representatives by 308 to 58 and the Senate 69 to 9. The 1924 law limited entry visas to two percent of the total number of people of each nationality in the United States as of the 1890 national census; 1921’s law referred to 1910. The quota system greatly favored Northern European countries over Southern and Eastern European countries, in addition to further restricting immigration from Asia (Asian immigrants already could not become naturalized citizens in most cases).