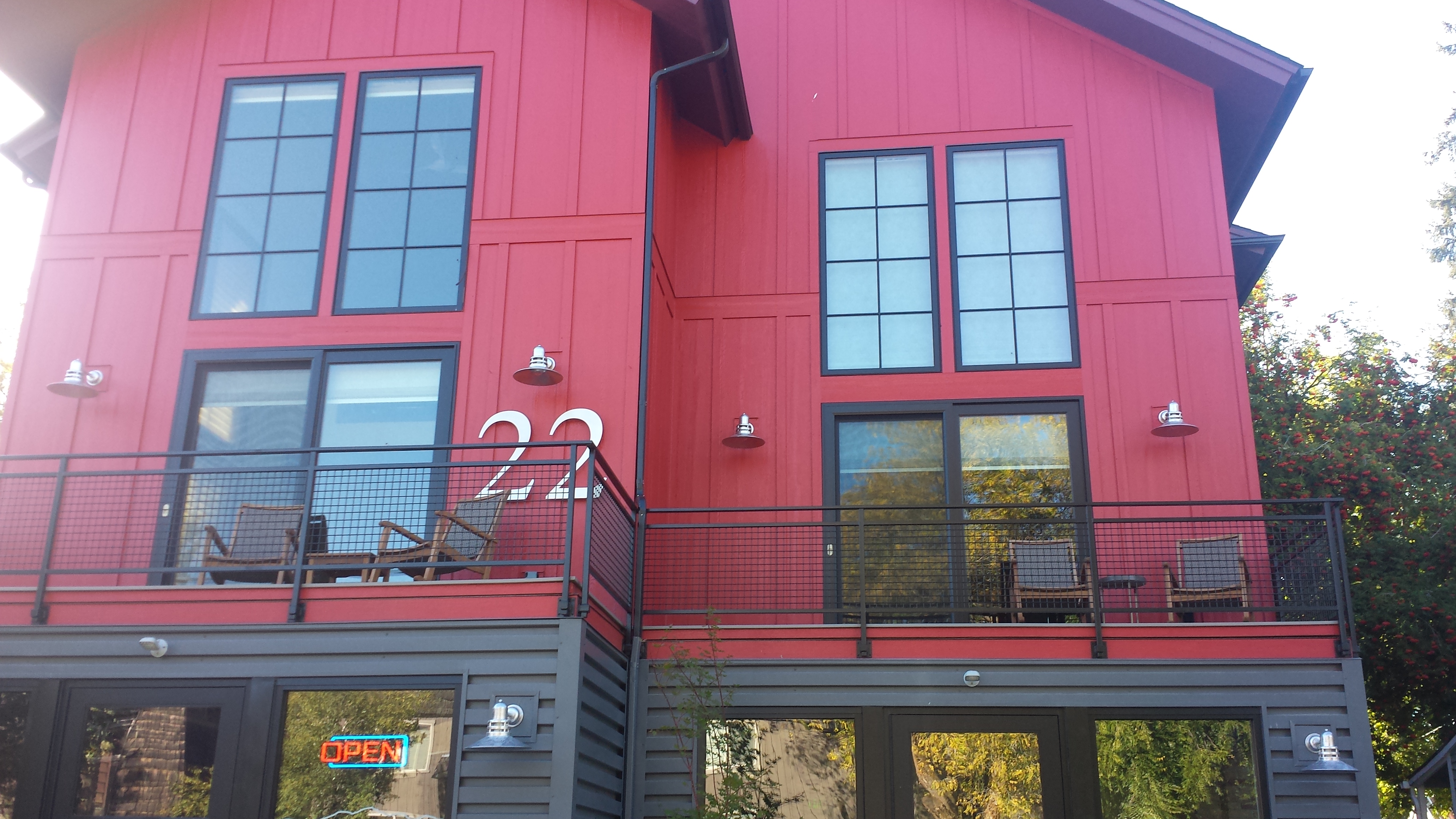 Current events oddly compel me to once again broach the subject of the newly most hated man in America: Richard Spencer. But this time the topic isn’t the man, but his mother. America is currently in the throes of a gripping drama known (by me) as “Richard Spencer’s Mom-gate.”

Most readers probably know the story. Richard Spencer’s mother lives in a small town in Montana. As Richard manages to get himself in the news quite a bit, his mother is increasingly being harassed by a predominantly Jewish local group. This consists of a shrewish Jewish real estate agent and a puzzlingly too-much-time-on-his-hands reform Rabbi, as well as others in a group ironically titled “Love Lives Here” that are determined to protest the fact that Richard Spencer has a Mom he loves who dares to live there.

Clearly, Spencer should either not have a Mom, or if he has to, she should live somewhere where there are no people to be offended by her existence. Maybe 20 miles east, up on a glacier. But not in a beautiful town named Whitefish (which, by the way, is the exact type of fish my own Mom uses in her homemade gefilte fish). 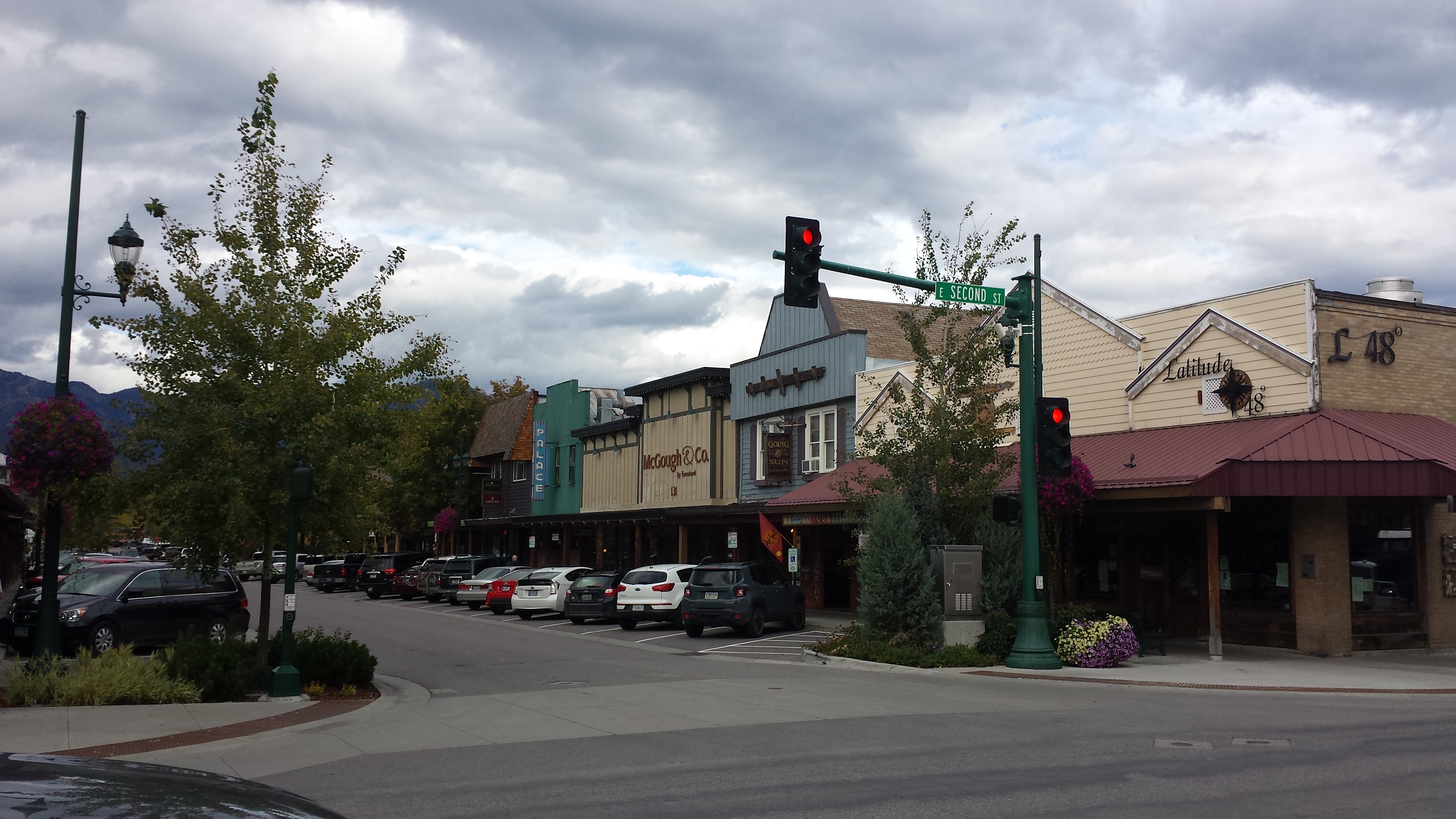 Unfortunately, Spencer does have what appears to be a nice and reasonable mother who stands by her son despite disagreeing with and publicly disavowing his political views, which is exactly what I’d imagine my mother would do if she ever knew I wrote for The Occidental Observer. Richard Spencer’s Mom doesn’t understand her son’s views, and has absolutely no affiliation with any of his projects.  Yet somehow, the mere fact of their relation is enough to trigger some of Whitefish’s small Jewish community into trying to bully her into selling her property and donating some of the money to their organization.

This is all even more odd since Richard Spencer is not generally a fierce critic of Jews. From what I’ve read, I think he probably thinks that in an ideal world, most or all Jews should move to Israel. Many Israelis think this as well, but nobody’s harassing their Moms about it. My guess is that the Whitefishers follow Spencer news quite closely and were re-triggered by the recent media manufactured “hailgate”.Things got weirder when the Daily Stormer’s Andrew Anglin got involved. I don’t care much for the Daily Stormer and they wouldn’t care much for me. They would call me names like kike and probably suggest I be put in an oven, or they’d accuse me of entryism and say I shouldn’t be trusted because I’m a dirty Jew (I’m actually clean). Regardless of our differences (I have a higher IQ), I and some other Jews I know enjoy occasionally reading the Stormer. In an era where trolling has been elevated to an art-form and form of mass entertainment, even Jewish trolls respect goyish master trolls.

Anglin wrote a series of posts calling for action against the people harassing Richard Spencer’s mom. He included their names and contact information and in my opinion, showed a serious moral lapse in making fun of and urging harassment of one of the targets’ children. Nobody ever accused the Stormer of subtlety, kindness, or good taste. Later, as the trolling intensified, Anglin announced his intention to utilize Montana’s open carry laws and launch an anti-Jewish march through the town toting rifles. As an aside, anybody remember the days when the ACLU would have jumped to protect something like that?

At this point the hysteria reached a fever pitch.  Montana’s politicians wrote a letter decrying the looming assault of “white supremacists” on their Whitefish. In the comment section of the Washington Post story Jews and sympathetic non-Jews responded with fear and rage. Anglin, as usual, provoked a mighty Storm. The concept of “don’t feed the trolls” seems completely lost on these people. Or maybe manufactured outrage is necessary when you’re posturing as a tolerant, progressive type —  the type who would destroy a woman’s business and ostracize her because she dared to give birth to someone who thinks differently than you do.

All of this is sort of funny, and sad, but mainly painfully insane.  As everybody works themselves into a lather worrying about the 200 white supremacist marchers (with guns!) coming to menace the poor snow-Jews of the Bitterroot, somehow nobody remembers that these Montanan ice-Jews actually started this. Richard Spencer’s Mom wasn’t doing anything but being Richard Spencer’s Mom. Moms have a right to be Moms and live in the towns they live in.

What we have here are some progressive-liberal Jews assuming that that they have the right to “get rid of hate” by being mean-spirited and hateful, and then shrieking about it when their bullying and harassment produces mean-spirited harassment back. There’s an old Polish saying popular in Stormer circles: “the Jew cries out in pain as he strikes you.” I don’t like this saying much but you can’t tell me it isn’t apropos here.

So thanks, mountain Jews. Once again, Spencer is right, and now, even Andrew Anglin is right. I don’t much like Anglin’s rhetoric or tactics but he is not the main villain in this picture. There is one primary victim here — Mom. There is one primary villain here — the Jews who chose, without justification, to harass her. It would have been easy to just not pay any attention to Mrs. Spencer and let her live her life. Even now, I’m sure an apology and pledge to stop harassing her would end this all immediately. But that would mean the people responsible would have to stop playing the victim. And herein lies the problem.

What this episode shows is that while Jews are not always the victims, they will invariably pretend to be, particularly when there are energetic trolls around to goad them on. Here, these particular Jews were clearly the aggressors. And what that suggests to those able to get a glimpse behind the curtain is that maybe, just maybe, Jews really aren’t generally victims these days at all.