Mainstream media, Hollywood, Academia and the Regressive Left in general have adopted Saul Alinsky’s infamous “Rules for Radicals.” If you know what the “rules” are, you can better predict what’s coming from these Left Wing saboteurs.  Keep in mind that these days the Enemy referred to in the “Rules” is the Trump administration, particularly the President, his top advisers, the press secretary and cabinet members. Out on the street the category of Enemy can be expanded to “anybody who disagrees with you.”

Here’s a quick look at some of Saul Alinsky’s “Rules for Radicals.”

“Ridicule is man’s most potent weapon.”

There is no defense. It’s irrational. It’s infuriating. It also works as a key pressure point to force the enemy into concessions.

Exhibit A here are the Saturday Night Live sketches ridiculing Trump (Alec Baldwin) and Press Secretary Sean Spicer (Melissa McCarthy) that have resulted in a ratings bonanza for a show that was otherwise fading from view. 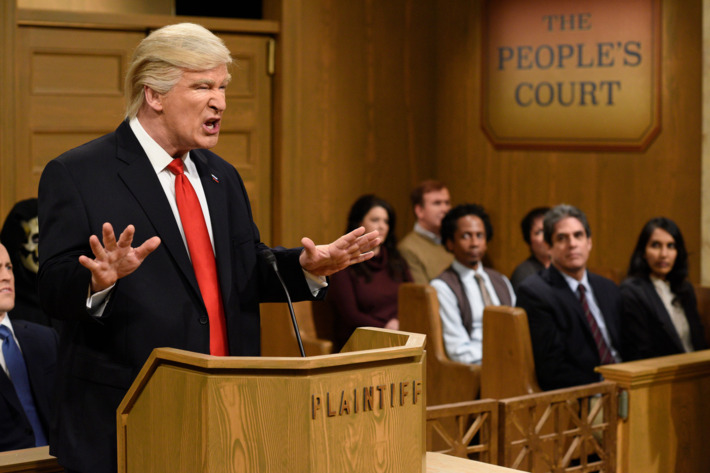 “Pick the target, freeze it, personalize it, and polarize it.”

Cut off the support network and isolate the target from sympathy. Go after people and not institutions; people hurt faster than institutions.  Besides Trump of course, the Leftwing media’s main targets have been Sean Spicer, Kellyanne Conway, Steve Bannon, Ivanka Trump, and now Michael Flynn. There will be others.

Hollywood’s favorite weapon is “blacklisting” anyone who dares support Trump, including actors Antonio Sabato and Stacey Dash. This is a kind of “reverse McCarthyism” that is currently in full swing and full view without a word of critique from our social justice warriors.

One wonders about Joy Villa’s future in the music business after she showed up at the Grammys in a Trump dress: 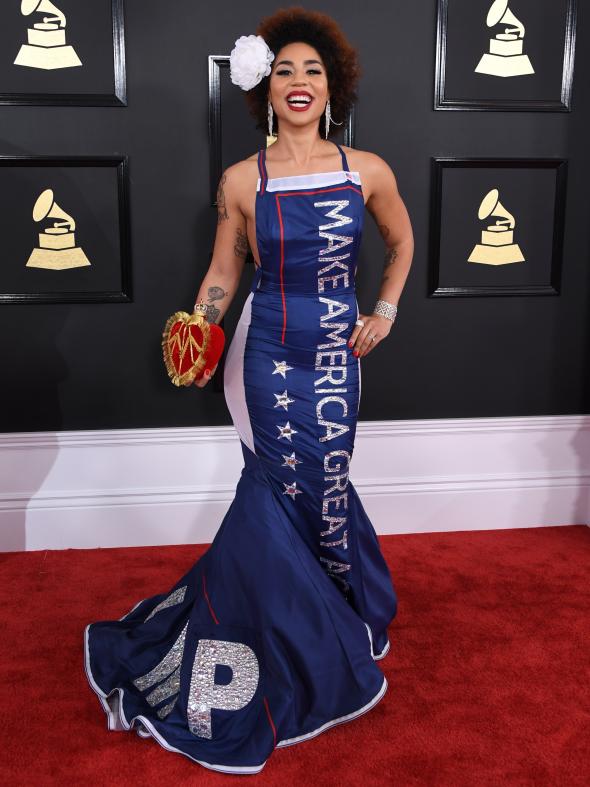 Joy Villa at the Grammys

Asked why she decided to essentially troll the Grammys, Villa explained that she was “tired” of Hollywood’s treatment of Trump supporters.

“I was tired of the bullying,” she said in a phone interview. “I was tired of being pushed down so that I couldn’t say my beliefs. And being fearful of losing sales. Losing fans. Losing bookings. Losing contracts and sponsorship. You know, that’s my day to day. And a lot of my friends have the same thing. And we live in Hollywood, which is supposed to be the most open viewpoint city. But the truth is there was a lot of hate and a lot of negativity and I wanted to change the storyline to love and support and unity as an American.”

When it comes to being a Trump supporter in the entertainment industry, Villa said that in her experience “either you don’t talk about it with your friends because you fear you will lose friendships and you will incite negativity. Or you don’t say it at all.”

The same tactic is used in academia.

“Keep the pressure on. Never let up.”

The mainstream media excels at this. Besides daily op-eds and “fake news”, another weapon has been publishing illegal leaks of sensitive information. This includes selecting out of context anything that the press could use to undermine the President, from his phone calls to foreign leaders. More recently, a more sinister step has been taken.

Members of the unelected, unaccountable intelligence community targeted the President’s National Security advisor, Michael Flynn, by leaking anonymously to newspapers the content of classified phone intercepts.  As we witnessed by the forced resignation of Flynn, this unverified, unsubstantiated information can inflict politically fatal damage almost instantaneously.

This activity has given rise to well-founded belief in a so-called “deep state coup,” in which anonymous intelligence community bureaucrats are working to undermine the new president and his advisers by leaking confidential information outside normal democratic processes (e.g., Congressional hearings). These are likely #NeverTrump neocons hired during the Bush years, as well as Obama hires hostile not only to Trump but especially to Flynn who was fired by Obama because of his strong stand on radical Islam. Rather than a resilient system of checks and balances, this new Leftwing tactic is evidence of the precipitous and ongoing collapse of America’s democratic institutions.

Obviously strongly prefer normal democratic and constitutional politics. But if it comes to it, prefer the deep state to the Trump state.

Another indication that neocons have no principles, only interests. Rhetoric about constitution and democracy will be used as long as useful https://t.co/eh7apJfLLU

“The major premise for tactics is the development of operations that will maintain a constant pressure upon the opposition.”

It’s obvious that the anti-Trump campaign has involved unceasing pressure, most apparent in the continuing, everyday deluge of negative articles in the media. You can expect more of the same as well as new tactics to emerge during Trump’s tenure. The ultimate goal is to destroy Trump, via impeachment or some other means.

“A good tactic is one your people enjoy.”

They’ll keep doing it without urging and come back to do more. They’re doing their thing, and will even suggest better ways of doing it. Probably the favorite, most enjoyable tactic of the Left is marching and protesting, especially the burning and trashing of public places, not to mention physical assaults on the Enemy …  any American who disagrees with their politics. The question is not whether it’s moral or fair or violates free speech, but whether the protesters enjoy doing it. 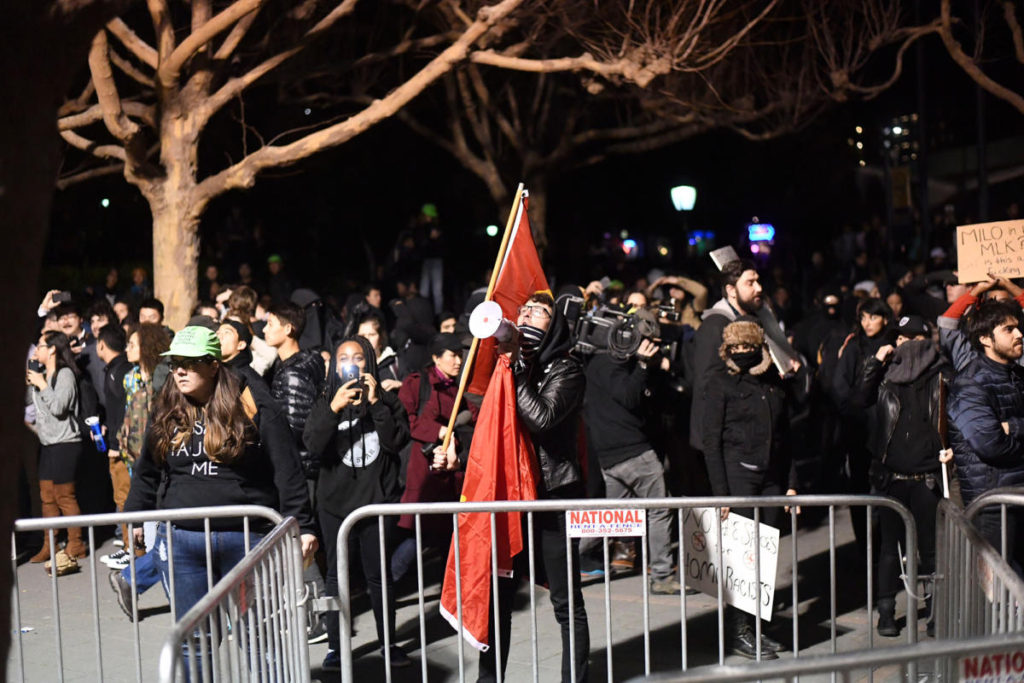 “A tactic that drags on too long becomes a drag.”

Don’t become old news. Stop talking about Trump not publicizing his tax returns and his sexual behavior and get on to the travel ban, then the Flynn resignation, then …. Maybe something will stick. Better to hit and run, than to stick it out and fight to the end. A good exhibit here is the overturning of Trump’s legal travel ban on individuals from terrorist states who cannot be properly vetted. 80% of the rulings of the Ninth District Court have been overturned. Expect the same of this latest judicial atrocity. It will eventually be overturned, but the skirmish has been won, and a new battle can be initiated whenever they please, with no adverse consequences — at least so far.

“If you push a negative hard enough, it will push through and become a positive.”

The media assault on Trump has been relentless and continuing. Day after day. Eventually, this will likely sink in to a great number of people who may have voted for Trump. We see the same with the Black Lives Matter Movement. Just keep pushing the agenda and hope something good will happen. Money will come rolling in as the steam builds.

Tom Wolfe’s great American novel/satire, Bonfire of the Vanities, provides an excellent account of the inner workings of big city Black politics that is just as timely today as when it was written in 1987, thirty years ago.

In the end what we have today in America are some really evil people, some with access to the elite media who are thoroughly enjoying their First Amendment rights, and some willing to crack heads on the streets.