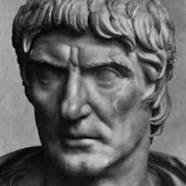 Interpretations of any text, on any social subject and at any time, including the interpretation of the verses by the Roman poet Juvenal, are also the mirror image of the dominant political ideas — the dominant zeitgeist. But who will control the interpreter if many Western dissident thinkers today are forced to follow the pedagogical ukases set up by politicians after the end of World War II? In this respect one could cite Juvenal and his famous verse in the Sixth satire: “Quis custodet ipsos custodes.” Who will guard the guardians?, or better yet who will control the architects of today’s newspeak which is raging in the Western universities and in the mass media?

More or less the same principle of intellectual censorship and self-censorship reigns today in the study and research on different races. Given the liberal-communist dogma of progress and the belief that races are solely a social construct and not a biological fact, and in view of the climate of self-censorship running rampant in high education and in the media, it must not come as a surprise that scholars who analyze differences between human races are often accused of using “ethnic stereotypes.”

Now, the term “stereotype” has become yet another buzzword today among scores of speech sanitizers in Europe. The same procedure of lexical hygienics is taking

place when a biologist tries to explain the role of genetic differences in affecting the trait distributions of races. A geneticist, should he venture into the demystification of egalitarian dogmas about race and heredity is certain to be demonized as racist, fascist, xenophobe or a proverbial  White supremacist. The newspeak used by the media against the evil-thinking intellectuals  has spread by now in all chancelleries and in all European and American universities.

Admittedly, ideas, in this case false ideas, dominate intellectual discourse in the West and not the other way around. In the same vein, the dominant ideas which lie at the System’s foundations, will be a decisive factor in the interpretation of some new genetic discovery, and not the other way around. Recently we saw a witch hunt of the Nobel Prize winner James Watson, a co-discoverer of the structure of DNA. He was attacked in the mainstream media for his allegedly racist remarks made about ten years ago about Africans, stating that “our social policies are based on the fact that their [Black Africans’] intelligence is the same as ours — where all the testing says not really”[1]. What Watson said is shared by thousands of biologists and geneticists, but for reasons already mentioned, they remain silent. 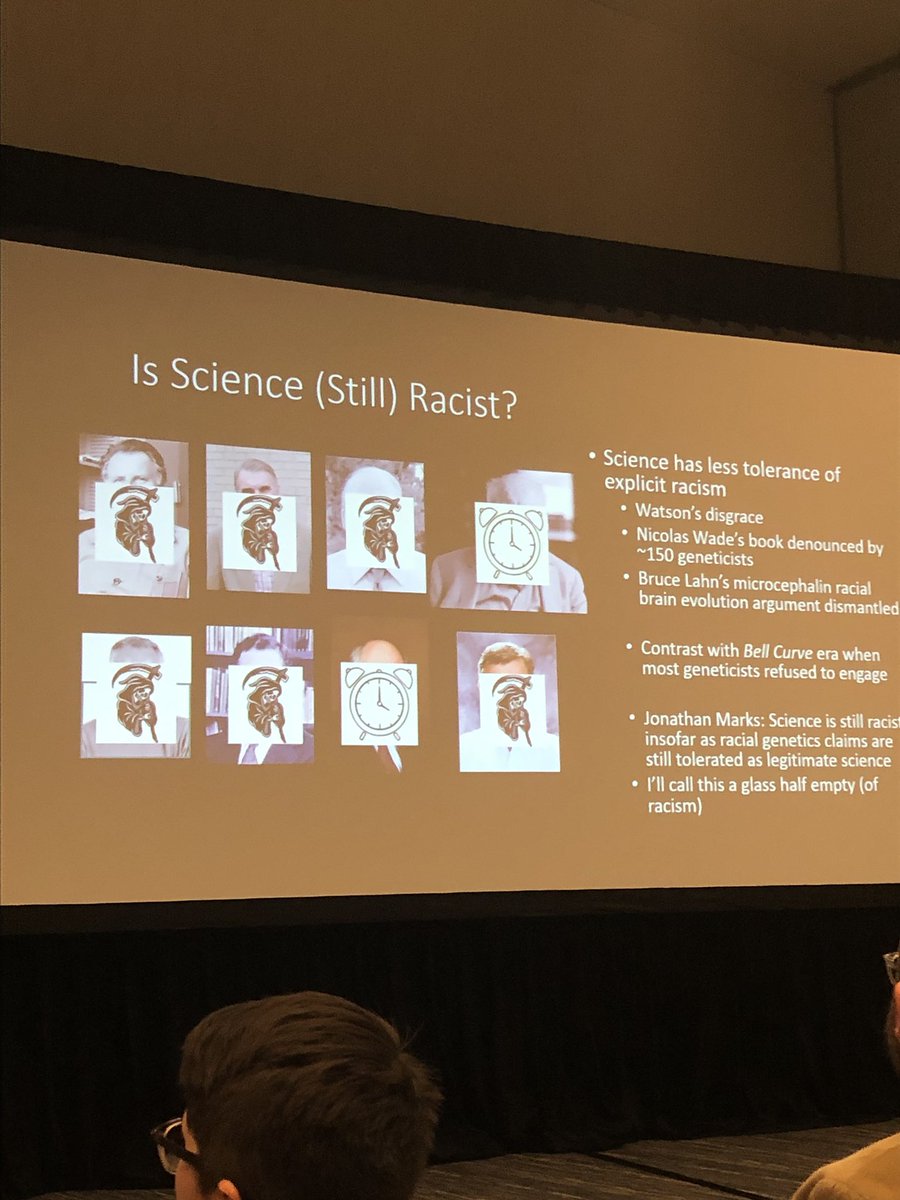 Slide by Aaron Panofsky presented at an academic conference: Cheered by the deaths of several important scientists (such as Arthur Jensen, J. Philippe Rushton, James Watson), counting down the time until the the deaths of others (such as Charles Murray), praising the work of a co-ethnic, the academic leftist activist Jonathan Marks

Our distant ancestors possessed a keen sense of their racial heritage which they called genus. There is a mountain of books dealing with the strong awareness of common kinship and common lineage among the Ancients and into the first half of the twentieth century. One cannot cite all of these authors, especially German scholars of the early decades of the twentieth century who wrote  scores of books on racial decay of the ancient Romans and Greeks and whose books are ignored not only by the general public but also by mainstream scholars. It should be noted that before World War II and even much later, scholars and historians in Europe and America examined the racial factor in social behavior more often and more freely than is the case today.

Needless to say, the ancient Romans were unaware of the Mendelian laws of heredity as well as the complexities of DNA. However, they knew very well how to distinguish between a barbarian from northern Europe and an African barbarian. Some slaves were highly prized, such as the Germans who even served as bodyguards to Roman emperors and eventually became leaders of the Roman army. On the other hand, slaves from Asia Minor and Africa were frowned upon and were often the subject of jokes and popular derision.

Here is a brief quote from the American historian Tenney Frank, from his book Race Mixture in the Roman Empire which illustrates what the Romans thought of themselves and others. At the beginning of the twentieth century, Frank was often quoted by Latinist scholars and was considered an authority on the ethnic composition of ancient Rome. In his essay, following his research on sepulchral inscriptions made during his stay in Rome, he offers a racial classification of inhabitants in ancient Rome

.… by far the larger portion came from the Orient, especially from Syria and the provinces of Asia Minor, with some from Egypt and Africa (which for racial classification may be taken with the Orient). Some are from Spain and Gaul, but a considerable proportion of these came originally from the East. Very few slaves are recorded from the Alpine and Danube provinces, while Germans rarely appear, except among the imperial bodyguard. Bang remarks that Europeans were of greater service to the empire as soldiers than as servants.[2]

And further he adds:

But what lay behind and constantly reacted upon all such causes of Rome’s disintegration was, after all, to a considerable extent, the fact that the people who built Rome had given way to a different race.[3]

The ancient Romans had a clear idea that the peoples who came to Rome from the Orient were different tribes:

The slaves of Asia Minor and the Carian freedmen, Mysians, Phrygians and Cappadocians, namely Orientals, were, compared to the slaves from other provinces, particularly despised in the Roman conscience. The latter ones were famous on the grounds of their wickedness. [4]

In conclusion, it can be said that a good racial consciousness does not only mean a good knowledge of racial theories, or even worse, proffering insults against other races. Having a good racial consciousness means first of all having a solid memory of common lineage and a good memory of one’s kindred and common destiny. This has been the case with European tribes and European peoples since time immemorial. Once a nation’s heritage, including its heredity, is forgotten or compromised, society begins to fall apart as was observed in Rome and as we can see every day in Europe now. Roger Pearson, a prominent sociobiologist, in his study of decadence in ancient Rome, remarks that “the early Romans similarly held lineage in great respect and enforced a system of connubium, whereby freeborn Romans could only marry into certain approved stocks.”[5] No need to repeat how the duty of connubium in Rome should be practiced by young European would-be couples today. However, suggestions of this sort go beyond the scope of this article. Having been subjected for decades to Hollywood propaganda, it has become fashionable among young Whites to bond with partners of different races. Very rarely do sentiments of reciprocal love occur; rather we see a trend toward idealizing miscegenation originating from the reversal of traditional in-group values.

It is useless to criticize the effects of miscegenation without mentioning its causes. In the same vein, one must first decipher the causes of non-European immigration before criticizing its deleterious effects. Admittedly, as has been already pointed out, the main cause of decadence lies in neglect of racial consciousness. But racial consciousness had already been weakened or suppressed by the early Christian teachings on equality whose secular forms are now surfacing in the ideology of anti-fascism and the rise of various egalitarian and globalist sects preaching the end of history within a great multiracial and transsexual embrace. Criticizing Christian dogmas and their modern ecumenical visions of non-White migrants is quite an explosive issue among our traditionalist Christian friends and especially among our friends in America, a country where the Bible still plays a very important role. However, if we do not tackle the negative causes of Christian egalitarianism we might just as well be going in circles with our hollow remarks on the liberal or the communist evil. As much as it is very commendable to criticize “antifas” or the big capital of globalist corporations and their financial maneuvering, it must not be forgotten that the loudest advocate today of non-European migrations is the Catholic Church and its German and American cardinals. Roger Pearson writes:

Spreading first among the slaves and lowest classes of the Roman empire, Christianity came to teach that all men were equal in the eyes of a universal Creator God, an idea that was totally alien to older European thought which had recognized a hierarchy of competence among men and even among the gods. … Since all men and women were the “children of God,” all were equal before their Divine Maker!  [6]

If we were to trace and then combat the roots of decadence and its bad effects that manifest themselves in multiculturalism and miscegenation, we must first look critically at the early Christian teachings on equality. What we are now observing in the West submerged by non-European populations is the final and logical result of the ​​egalitarian and globalist mystique preached by Christianity over the last two thousand years.