The following text is the translation of two speeches given by General  Nick Z. Glasnovic in January 2020 in the Parliament of Croatia. Transl. by T. Sunic. General Glasnovic is an MP in the Croatian Parliament

Starting from the Bolshevik Revolution in Russia in 1917, all the way to the fall of the Berlin Wall in 1988, communist regimes all over the world killed tens of millions of people. Those mass killings were carried out in the name of equality, democracy and tolerance. Most of those killed were victims of “self-genocide” given that they were mostly victims of their own countrymen. Such criminal communist insanity had been planned to the last detail. Wherever the communist cabal had come into power, i.e., from Mongolia to the Adriatic coast, the most vital part of the population had to be beheaded first. 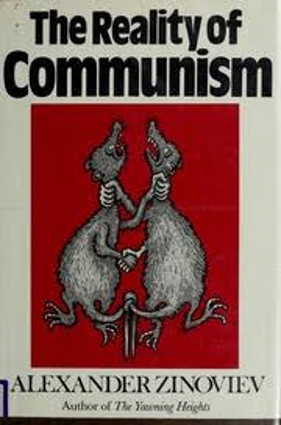 In an effort to destroy the Christian tradition, communists had to remove the Church and the clergy. During the early communist revolutionary post-World War II fervor, religious leaders were often burned alive, or buried alive, or crucified alive. The Bolsheviks, in 1918, buried alive the Russian Christian Orthodox  Bishop Andronicus. In 1937, the  Russian theologian, mathematician and inventor, Pavel Florensky, after being subjected to torture, was executed by the Communist authorities. He was one of nameless 750,000 victims of the NKVD (Soviet secret police). He was shot in the neck at the height of the communist repression, later to be known as Stalin’s “Great Purge.” In addition to killing millions of people of various religious denominations (mostly Christians), more than 110,000 clergy of the Russian Orthodox Church were executed. Even the Red Army needed to be partially beheaded. Stalin executed several Soviet marshals, generals and tens of thousands of lower rank officers during the 1936–1937 purges. In 1931, the Cathedral of Christ the Savior in Moscow, which could accommodate up to 10,000 believers, was blown up by Stalin’s thugs. Books by foreign authors were burned or banned. In 1940, after Stalin had dismembered the Baltic states, literature in vernacular languages in those countries ​​was also banned.

Brainwashing was an integral part of all communist regimes, with psychiatric experiments on prisoners becoming a daily routine. Politically incorrect thinkers were confined to psychiatric wards where they were drugged, tortured and questioned. The Soviet NKVD and, later on, their smaller post-World War II copycat East European outlets shortly after they were established began to experiment with nerve poison, a method used later to “neutralize” political opponents, both at home and abroad. Prisoners were killed by mustard gas, ricin and digitoxin. After years of imprisonment, the Archbishop of the Ukrainian Church Theodore George Romzha was killed by a curare injection.

Nor did communism spare scientists, especially those who had obtained some prominence in the fields of genetics and forensics. The biologist Nikolai Koltsov, a Russian pioneer of modern genetics, became a victim of communist poisoning in 1940. On the same day, his wife committed suicide. Many Soviet pseudo-scientists, including a famed hoaxer Trofim Lysenko, who had rejected Mendel’s laws of heredity, succeeded in setting back for decades all efforts in genetic research in Russia.  Some modalities of the Lysenko’s quackery can be observed today among many Antifa and LGTB outlets who claim that gender and race are a matter of free choice and are not influenced by heredity.

In the early days of the communist experiment, the method of weaponizing food against their own people was also widespread, as was observed on the massive scale during the great famine in Ukraine in the 1930s. The mandatory communist slogan in the early 1950s, enforced all over communized Eastern Europe, went something like this:  “We shall grow wheat from the heavens so that hungry America and England can see it.” In order to suppress the revolt in May 1950 in the Cazin region of what is today a small slice of northwestern  Bosnia, the Yugoslav communist strongman Josip B. Tito, sent units of the Yugoslav National Army to quell the rebellion of starved peasants.

Victims of the Communist mass terror don’t seem to be a favored theme of Hollywood movies, docudrama, and TV series. These horrors are presented as little more than a minor footnote in history textbooks.  What do graduate students in the West know about Vasily Blokhin, the NKVD executive responsible for the execution of more than 7,000 Polish officers in the spring of 1940? What do Western students  know about  the fate of Ljudevit Jurak (1881–1945) and Eduard Miloslavic (1884–1952), two Croatian forensic experts who studied the mass graves at Katyn and Vinnitsa, hired in 1943 by the German Wehrmacht to examine the bodies of Poles massacred in 1940 by the Soviet commissars?   What do Chinese students, or for that matter Western students, know today about the “Great leap forward” and the “Cultural Revolution” (1966–1976) of Chairman Mao Zedong which nearly destroyed 3,000 years of Chinese history? The dead hand of Marxism and Leninism still extends over the European continent, albeit under the new label of “antifascism.”  Former communist affiliates and their latter-day antifa progeny have now rebaptized themselves into Social Democrats and Liberals. Former Yugoslav Titoists and their descendants in Croatia haven’t disappeared; they operate now under different party names, using more digestible parliamentary paraphernalia such as the “HNS” (Croatian People’s Party) the “IDS” (Istria’s Democratic Assembly), and the “HSS” ( Croatian Peasant Party).  The much vaunted Council of Europe resolution 1481, adopted in 2006 and condemning communist crimes, remains a dead letter, good enough to assuage the guilty consciences of Brussels bureaucrats.

The communist regimes left not only human, economic and ecological devastation. Communist anthropology has distorted the mental makeup of generations to come. Communism had given birth to a species deprived of any moral values, of any sense of personal responsibility, and of any sense of striving for common good. The Russian writer Alexander Zinoviev called this species an “honest liar.” In November 2019, the Belgrade historian Srdjan Cvetkovic visited Zagreb. At a scientific meeting, sponsored by the Croatian Institute of History he confirmed the long-held public secret that 56,000 Serbs had been killed from 1944 to 1946 in Serbia by the victorious Yugoslav Communists. More than 20% of those killed were under the age of 18. The conference, as was to be expected, was ignored by the mainstream media in Croatia, thus reminding us that the authorities in Croatia and her EU watchdog, are the only ones who decide on the political narrative in the mainstream media. What do children learn now in Croatia about the history of the communist crimes against the Croatian people? Nor do they know anything about the largest ethnic cleansing campaign in European history and the destruction of the German minority in the former Yugoslavia during and after World War II. One must not forget that lies and deception were imprinted in the Bolshevik genetic code. Henceforth their offspring consider themselves as the only genuine interpreters of modern history.

The history of Eastern Europe has been mapped out by countless “Naked Islands,” big or small Gulag archipelagos, foibes, and unexplored mass graves. Almost daily the Croat media report on the newly found mass graves  dating back to 1945–46. To this day the ruling class in the West has shown a total lack of personal and legal conscience towards victims of communism. If we give up the search for the truth, we also sign our moral capitulation and we decide to participate in the erasure of our collective memory. It looks, however, that we will have to put up for a much longer time with the communist elephants in our living rooms.