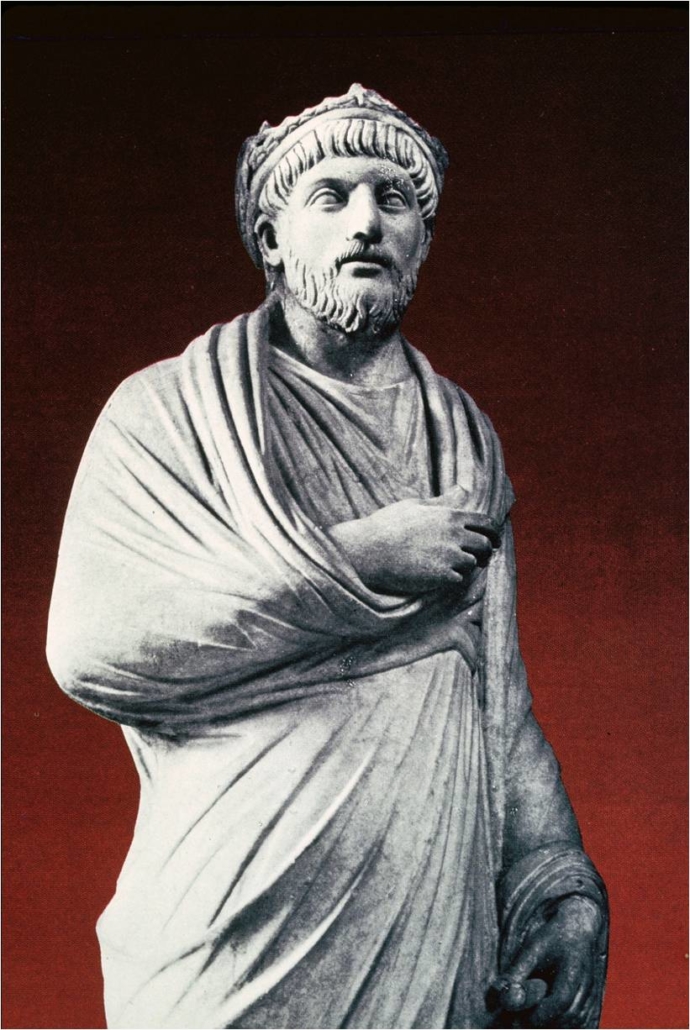 To what extent might Trump be compared to Julian the Apostate? In case you haven’t yet read the Pagan, Hellenism, Gentile essay, Julian was the last Pagan emperor of Rome. He was the nephew of the first Christian emperor of Rome (if we can believe our history). He was very unhappy that Rome had succumbed to Christianity and that the aristocratic, Roman, manly virtues had been replaced by an overly-sentimentalist slave morality that valued equality over excellence and posited that all things Roman were bad, while they celebrated values that denigrated life and their own people. In Julian’s time, Rome was increasingly less Roman. The Senate, and the government as a whole, had long since become nearly completely dysfunctional. The military was led, or at least directed, by men who used it more for their own personal gain than for the good of the people. Julian’s most personal fight was perhaps against those in his own family who had adopted and “married into” the foreign religion for pragmatic reasons — to advance their own cause. And even though Julian fought against the encroachments of the Rome-hating ideology, he himself was far more Christian than he realized. Or, more precisely, he had secretly converted from Christianity during his youth, but he was unwittingly steeped in the mystical-philosophical mush (Neoplatonism) whose intercourse with Judaism birthed Christianity.

There are clear differences between Julian and Trump. Although both the Apostate and Trump came from wealthy, powerful families, Julian began as a philosopher and scholar, then became a successful general and administrator. Trump inherited a family business.

Julian came to power in what had by that point become the traditional Roman way — something of a civil war between relatives. Part of the cause of this war was that Julian was working in Gaul to clean up the corrupt bureaucracy, beat back invaders, and lower taxes on the local population. His relatives back east understood that he was becoming a populist leader and a threat to the establishment. In time, this led to a civil war in which forces loyal to Julian won fairly quickly.

After taking power, Julian remained something of a nativist-populist. He claimed that all citizens were equal under law and that he himself was merely the first among equals. Twitter did not exist, of course, but, like Trump, Julian entered the fray of politics directly, and he openly debated with Senators. He tried to clear the swamp by dismissing thousands of servants and idle bureaucrats. He cut the taxes on the people. This angered the corrupt imperial government, which was fed by these taxes. And not only the establishment, but also many of his allies and subjects were very uncomfortable with Julian’s Marcus Aurelius-inspired simple dress and lifestyle and with the familiar way he interacted with and spoke directly to the masses, as if they were his equal.

Julian’s rule did not last very long. To placate and woo those who supported his political rivals, he decided to wage a poorly planned and poorly executed war against Persia. There, he died in battle, under suspicious circumstances, possibly killed by one of his own troops, a man who was deemed a saint by the new religion for his treacherous murder.

The death of Julian marked the last gasp for a revival of Roman, pagan values. Christians increasingly occupied the now-splintered Roman government, and Europe would slowly adopt and adapt the new religion and make it its own. With the Jews having secured power in the US, the same thing is occurring once again. Like the Romans, Americans will change — and are already doing so. At this point, the progressive, non-Jewish, White Americans are just drinking the poison that creates the sensation that to be non-Jewish and White is bad.

Perhaps, like the late-antiquity Europeans, we will find a way to adapt and remain ourselves, and the non-Jewish White people will not go extinct. But there is an important difference between today’s poison and that which was ingested 2000 years ago.  Actually, there are many, but the one that interests me at the moment is that The Jews never really took power in Rome as they have in the US. The situation here is more like the one in ancient Egypt — as told in the Bible and by Josephus — whereby the Jews, represented by Joseph, became tax farmers for the pharaoh. One familiar with history can deduce that the Hebrew intermediaries administered the government while the pharaoh tended to his concubine and to hunting gazelle. This went on well for the Hebrews until a new pharaoh, representing a faction hostile to the Jews, took the throne.

The new pharaoh was a populist. He knew that the Jews were fleecing the people while enriching the corrupt king. Josephus says that prior to this change of fate, the “the nation of the Israelites flourished (2.9.1),” suggesting that either the Jews had created their own ethnic state within Egypt, or that the dual citizens had successfully siphoned enough money from the Egyptian people to enrich the parent country.  Josephus then laments how the hostile new rulers [native Egyptians who had just overthrown the Hyksos ruler] were to the Jews. The oppressed Jews were now forced to participate in the corvee forced-labor economic system that they themselves formerly oversaw and through which the nation of the Israelites became wealthy. According to Josephus, the Jews and the pharaoh continued to fight for power “for 400 years.” In reality, it was probably less than 100 years before the Jews were finally driven out; or, according to the Jewish telling, they were allowed to leave, being led by Moses. Though the connection is based in conjecture, the exodus story coincides with Ahmose’s capture of Avaris from the Hyksos and the subsequent capture of Gaza. This interpretation would also explain why the Israelites no longer had a place in the “promised land.” Since Jacob’s time, it too had been conquered by Hyksos, and now by the Egyptians.

To return to contemporary times, then, in the present election, the two leading Democratic candidates were Biden and Sanders. Sanders, of course, is Jewish. Not everyone knows that all three of Biden’s children married Jews. Biden won the election. He decided to choose a running mate who openly and repeatedly called him a racist; but her husband is Jewish. Trump, as we all know, has a converted Jewish daughter and a Jewish son-in-law, who had an outsized influence on the president’s policy. Many Americans looked for an alternative and turned to the libertarian party. This year their vice-presidential candidate was Jewish. When it comes to contemporary American politics, rather than turtles, it is Jews (Jewish White people) all the way down.

If one were so inclined to merge Hegel with Foucault, and view history as dialectical, but multiple and local rather than teleological, he might see in the Trump phenomenon a synthesis between Julian and an Egyptian provincial governor: one who unwittingly threw in his lot with the oppressors, only to realize, too late, why the Tribe found his growing nativist populism a real threat. Rather than speculate how the Trump saga unfolds, I will defer to the readers to suggest how this plays out.