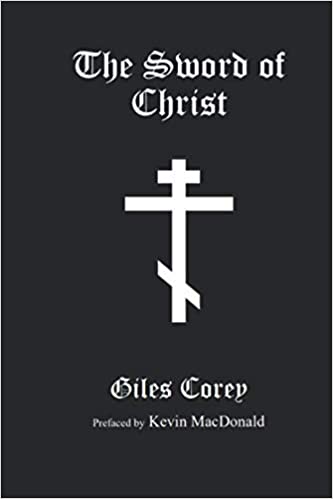 Giles Corey’s book The Sword of Christ was published by Amazon in 2020 but then banned from the site. He writes, “Since it was banned by Amazon, I have been exceedingly busy. Though I do plan to release a second edition at some point in the future, I just don’t have the time to do it anytime soon. So I would send you the book as it was when you wrote the preface to it.”

The Sword of Christ is available here.