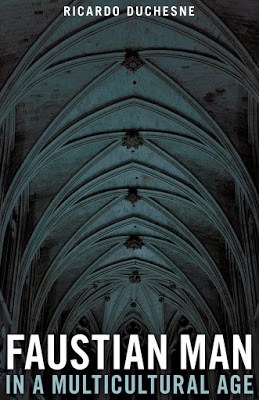 Since at least the 1960s, American progressive public educators have made revising or eliminating accurate accounts of the scientific and cultural advancements that enabled the West to dominate the planet and replaced them with moral indictments. While some ideas may be subject to careful modification as a result of critical thought, wholesale changes in the interpretations of historical events and the rejection of longstanding scholarly norms of research are simply efforts by progressive educators to promote personal political or cultural biases to fit within a history that simply did not exist.

The Western Civilization course requirements are among several focused disciplines in American universities that ended abruptly in the 1960s. By the time of the campus protests, professors gave up on the importance of courses on Western Civilization because they felt that the courses had been fashioned to support the eras of two world wars—a time when Americans saw themselves as leaders of a great Atlantic civilization, were proud of their relative affluence and the history of Western expansion, and were comfortable with what came to be labeled “white supremacy.” The cultural Marxists also claimed that Western Civilization studies were obsolete because of new commitments to the critical importance of China, Africa, Vietnam, and other parts of the world; in other words they became globalists. Others considered the subject old-fashioned at a time when politicized students called for a liberal arts education without required courses. For professional historians eager to produce “original” ideas in their increasingly fragmented fields, the concept of an all-inclusive course with a common purpose seemed dated.

The question, however, is how did the World History programs of study that superseded the required Western Civilization courses of the 1980s and 1990s ultimately come to be embedded within a multicultural ideology that emphatically weakened the critical role of Western culture itself?

The answer is postmodernism.

In his Faustian Man in a Multicultural Age, Ricardo Duchesne convincingly reminds us that postmodern thought has become the dominant philosophy in modern public classrooms. In order to make postmodernism work, historical truths have to either be altered beyond recognition or eliminated. Fact: 79 percent of the world’s most important inventions, including political institutions, modern technological innovations in medicine, agriculture and industrial technologies, and a moral order based on reason, moral universalism, and the rule of law came from Britain, France, Germany, Italy and/or the United States. These facts are irrefutable, and any attempt to reject them as false is an attempt to rewrite what had been the settled historical record. However, most leftist students view these realities as nothing more than White, self-congratulatory back-patting.

Duchesne’s recent book, Faustian Man in a Multicultural Age, is a continuation of his seminal 2011 book, The Uniqueness of Western Civilization (reviewed here). In that research and subsequent book Duchesne argued that Western Civilization is responsible for the world’s greatest innovations, technologies, and ideas as a result of not only the West’s ability to create something of intrinsic value from nothing, due, in large part, to the tenets of certain native Western philosophies, but, more importantly, the West’s burn-the-candle-at-both-ends work ethic, never-say-die character, their commitment to rational thinking, their inquisitiveness and willingness to explore. The West’s success is deeply rooted in its history; it was not a result of luck, or fortunate access to colonial resources, as the academic left wants us to believe.

In the break between Uniqueness and Faustian Man, Duchesne, it seems, had moments of additional clarity and insight. In Faustian Man, Duchesne relies on ideas that he has pondered since childhood—ideas that developed over time and that he visited and re-visited as he became acquainted with various intellectual perspectives—important ideas that, once unbound from suppression, influenced his thinking and the subsequent research which obviously influenced his remarkable academic journey.

The rise and fall of superpowers is cyclical; and, as it turns out, race matters. The opening chapter of Faustian Man is replete with the idea that White, Western men made the greatest leaps in human history—the leaps also Duchesne discussed in Uniqueness.  Duchesne looks at Polybius, Vico, and Oswald Spengler, three historians who tracked the decline of the West through their own cycles of change: the ancient’s cycle of birth, growth, zenith and decay; Vico’s cycle of anarchy and savagery, order and civilization, and decay and a new anarchic barbarism; and Spengler’s cycle that relied on geographically based identity and a culture that thrives and dies similar to the life cycle of a human being—childhood, youth, maturation, old age, and death. However, none of these theories concluded that civilizations completely die-out, nor did any of the theorists include race as an important factor in the rise, fall, and renewal of a civilization. In Faustian Man, Duchesne incorporates this cyclical view within his theory of the West as a continually advancing civilization, while arguing that if current immigration replacement trends continue, and the White race is utterly marginalized, Western civilization will die out completely.

Duchesne revealed the pseudo-scholarship that postmodern academics have promoted as their sworn duty to rewrite history according to the idea that the greatness of the West was not possible without the “indispensable” influences of the African slave trade, or the Islamic preservation of classical knowledge, or “geographical good luck.” In other words, they portray the West as a civilization lacking a dynamic of its own, always enmeshed within a global network of nonwestern influences, culture-mixing and lucky acquisition of colonies. For example, ancient Greece, according to the late postmodern political scientist, Martin Bernal, was not founded, developed, and advanced by Aryan settlers; it was developed by Egyptians and other Semitics. Greece, it turned out, was settled and developed by “Afroasiatics.” What none of these historians ponder about is why the West was the site of most achievements if all cultures are interconnected?

In fact, the entire history of European accomplishment from ancient times to the twentieth century, should be suspected, according to the academic left, as inherently “Eurocentric” and “racist.” How could anyone seriously credit, in our increasingly multiracial societies, Europeans living in a comparatively small landmass with thousands of years of achievements at levels higher than the rest of the world combined? “The racist privileging of Europe should not be allowed,” mused John M. Hobson. The “downgrading of Europe (on Mercator-derived maps) should be encouraged among the students,” he wrote. Consequently, not only should the ideas of Western greatness be banished, the landmass should get the same treatment.

A contrast between Faustian Man and Uniqueness is the stronger emphasis Duchesne assigns to race in the identity of the West and in its preservations. Duchesne cites Samuel P. Huntington’s mega-popular, often vilified but sometimes lauded work on Western Civilization, The Clash of Civilizations and the Remaking of World Order. “By 2013,” Duchesne writes, “I found myself agreeing with Huntington’s thesis that the very success of modernization in non-Western countries was encouraging indigenization and ethnic confidence, rather than Westernization” (11). However, Duchesne submits that Huntington was too careful—that he skirted a nation’s ethnic backdrop as a key issue in state identity. Huntington rightfully proclaimed that “Western values were particular to the West and alien to other cultures” (12). However, Huntington could not come to terms with the idea that the West, like other civilizations, had an ethnic identity.  In other words, while Huntington argued that Western ideas of liberalism, citizenship, and democratization were universal regardless of the West’s ethnic ties to White Europe, Huntington had no problem identifying other civilizations in terms of their ethnic identities, rather than focusing only, as he did for the West, on their “cultural attributes” (12). While the ideas we associate with liberalism are framed in a universalist language, Duchesne argues that we should not ignore the fact that they developed in a civilization with a particular ethnic identity.

Faustian Man’s promotion of the relationship between White ethnic Europe and Western thought prompted waves of backlash from leftist students, fellow academics, local newspapers, and other media that read Duchesne’s research. The President of the university that employed him received many complaints: One must never question mass immigration in the name of ethnic interests of Europeans was the thrust of their arguments. Still Duchesne persevered in his quest to answer the questions that intrigued him since Uniqueness: where was the historical West, and was it possible to identify it in a definite racial way—a way that seemed to be declining due to mass immigration and demographic colonization?

Faustian Man in a Multicultural Age was previously reviewed by F. Roger Devlin for TOO.