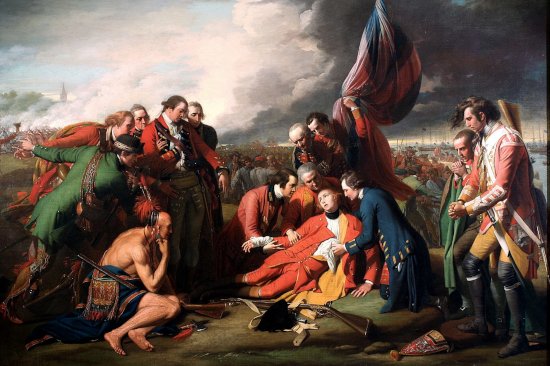 “It’s a question of survival for our nation,” said Quebec premier François Legault as he defended the additionally restrictive language legislation of Bill 96. “It may become a question of time before we become a Louisiana.”

Anglos can’t see this and Francos won’t, but the reference should actually acknowledge Quebec’s debt. Had the British not conquered New France, old France would have dumped the little colony onto the Americans along with the rest of its North American baggage. That would have turned embryonic Quebec into something comparable to a Cajun backwater, minus the music and cuisine.

Indeed General James Wolfe’s 1759 victory began a process that preserved a French-language culture, multiplied its territory exponentially and launched a revolutionary transfer of power that made Quebec a privileged state-within-a-state that treats Canada as a tribute-paying vassal.

The legacy of Wolfe might have been inadvertent, but not that of the first three post-conquest governors. James Murray, Guy Carleton (who served in Wolfe’s army at Quebec and later undertook a second governorship as Lord Dorchester) and Frederick Haldimand “fought to protect the interests and defend the customs of the French Canadians,” wrote Donald Creighton in his classic work Dominion of the North.

This crusade was a great credit to their tender hearts. It was also strong evidence of their class and professional prejudices…. With its fine military history, its tradition of absolute government, its accepted landed gentry, and its docile and respectful peasants, Quebec seemed like a delightful bit of Europe transplanted to the forests of the new continent — a refreshing oasis of the old régime in the howling wilderness of democratic America. 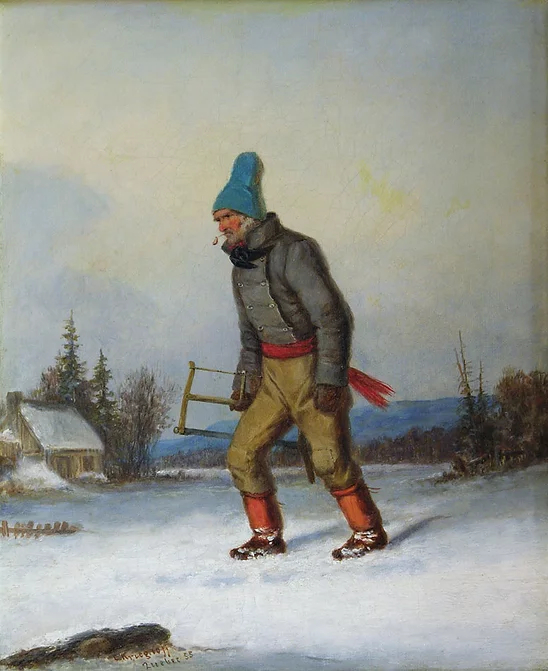 Abandoned by their mother country, the much romanticized
habitants transformed from peasant farmers to a parasitic ethnic elite.
(Cornelius Krieghoff)

Concessions made since 1763 preserved enough of New World French culture to guarantee its survival. Tolerance of Catholicism and the use of civil courts based on the Custom of Paris maintained those traditions which, along with education, gave French semi-official language status. These practices won confirmation in the 1774 Quebec Act. By Confederation, the 1867 British North America Act made French and English the languages of federal parliament as well as Quebec’s legislature, its government institutions and records, and its courts. French flourished in church, and in church-related institutions and traditions. French-language education eventually expanded at all levels, into virtually every occupational skill, profession and academic discipline. Meanwhile Louisiana French, banished from any official use, especially education, generally sunk to the level of debased rural dialects.

The continent’s French-culture catastrophe wasn’t Britain’s Quebec conquest but America’s Mississippi buy-out. The 1803 Louisiana Purchase gave the U.S. vastly more than the New Orleans port facilities requested by the new republic. Distracted by war and desperate for money, Napoleon’s regime unloaded all its North American possessions, holding onto only a few tiny islands like Saint-Pierre and Michelon, and the recently reinstated slave state of Haiti. Exempted by Wolfe’s conquest was that thin strip of land along the St. Lawrence disparaged by Voltaire as “a few acres of snow.”

Yet that semi-manorial turf, farmed by peasants perpetually scared of native attack, expanded far, far beyond its narrow shoreline.

In 1774, just over a decade after the conquest, Britain redefined Quebec to extend from the Gulf of St. Lawrence to the Mississippi Valley, including Montreal and what’s now southern Ontario. In 1791, following the loss of its American colonies, Britain divided what was left of Quebec into Upper and Lower Canada then, in 1841, united the two into the province of Canada. As pointed out by William F. Shaw and Lionel Albert in Partition: The Price of Quebec’s Independence, Quebec didn’t “enter” Confederation because no province of Quebec existed prior to 1867.

Whether it was part of a province called Quebec, Lower Canada or Canada, the land was by no means necessarily French-speaking. British, Irish and Americans first settled large parts of the St. Lawrence north and south shores, the western Montreal archipelago and Gaspé. Those regions were still mainly English-speaking by 1867, Partition notes. 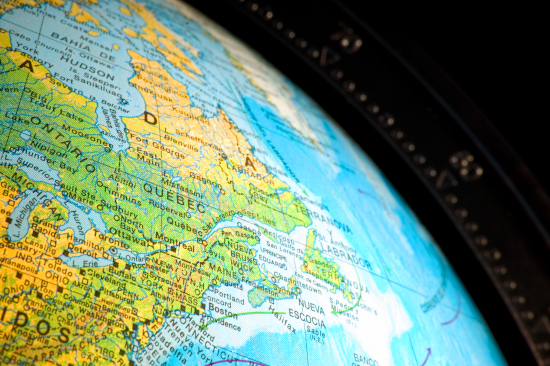 The gargantuan territorial expansion—most of present-day Quebec—came from Rupert’s Land, granted by Britain to Canada in 1869. Canada bestowed Quebec with two huge parcels of the territory in 1898 and 1912, the second largely at the urging of Quebec’s then-mostly English-speaking senior civil service and “asked for by no one outside of a mainly Anglophone circle,” Partition states. Even then Quebec’s government, outside of the English-speaking resources ministries, took little interest in the new turf until 1960, during the rise of Quebec nationalism.

And Quebec nationalism went far beyond protecting a distinct society. In practice it subjugated non-Quebecois Canada politically and economically, also wrecking what was left of Anglo-Canadian culture. The revolutionary power grab began with official Bilingualism and Biculturalism, legislated in the Official Languages Act of 1968 to 1969, ostensibly extending federal use of English and French from Parliament and the courts to Canada’s entire federal bureaucracy and institutions. Further language laws passed in 1978, 1988 and onwards, while generous concessions came from legislatures in Anglo and mostly Anglo provinces. Quebec took the opposite approach, making French its sole official language in 1974 then crafting increasingly restrictive language laws. Legault’s Bill 96 is just the most recent. 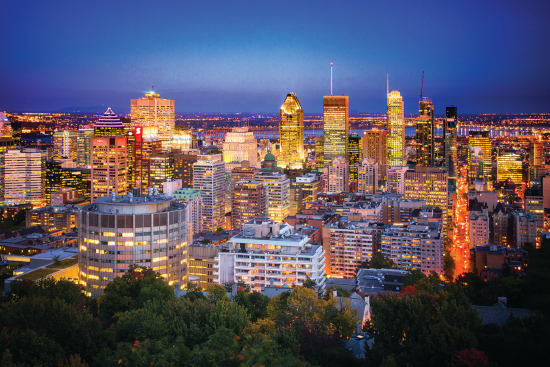 From the outset of official bilingualism, Quebecois (regardless of national loyalty) gained preference for all federal jobs, from senior ministries to the post office to the military, and with many private sector employers who had to deal with the feds. Senior and mid-level Anglos got replaced or otherwise displaced, while new positions in an enormously expanded federal leviathan prioritized Quebecois.

For all that emphasis on bilingualism, French-language instruction for Anglos faltered. The contrast with bi- and multilingual European countries couldn’t be stronger. Such an abject failure gives the impression of a deliberate plan to prop up the Quebecois elite. Nevertheless when faced with fluently French-speaking Anglos, Quebecois will sometimes say, “It’s not enough to speak French.”

In the guise of bilingualism, Quebecois preference became legally mandatory and enforceable, policed by an official languages commissioner with an almost all-Quebecois staff and wielding the extraordinary powers of an advocate, cop, prosecutor, judge and jury. 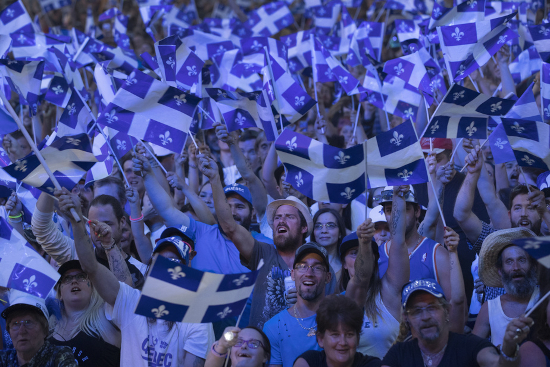 Anglo MPs on all parties caved right in, disenfranchising their constituents. The process solidified the Anglo trend toward weak-willed political sell-outs dedicated only to personal advantage. That set up Anglo Canada for its economic pillaging by Quebec, the demographic revolution of mass immigration and the ideological revolution of political correctness. As a largely autonomous state, Quebec has shielded itself from much of the damage inflicted on Anglo Canada by Quebecois prime ministers and their collaborators. Anglo Canada, in contrast, presents an extreme example of Western decline.

As for the pillage, provincial transfer payments use an absurd formula that penalizes mostly Alberta to benefit an often much more prosperous Quebec. Quebec industry benefits from, often depends on, federal favouritism and outright corruption in tenders, procurement, contracts, grants, subsidies and tax breaks. But Quebec’s main economic advantage may well be the existence of all those artificially created French-speaking jobs. Or to put it another way, Quebec’s main industry is parasitic rent-seeking.

This was probably best explained in Peter Brimelow’s 1986 book The Patriot Game: Canada and the Canadian Question Revisited. Pro-Quebec discrimination got further scrutiny in Ron Leitch’s 1988 booklet Official Bilingualism: The Sell-out of English Canada. As an Anglo-Canadian, Leitch, like Partition authors Shaw and Albert, was unusual for recognizing the problem and taking a stand. Brimelow was a Brit on his way to becoming a naturalized American and founder of VDARE.com. Anglo Canada produces few contrary voices, thanks to a culture of conformity combined with either complacency or apathy. That’s both a contributing factor and result of Quebec’s hegemony.

Reposted from VancouverZeitgeist.ca with permission.