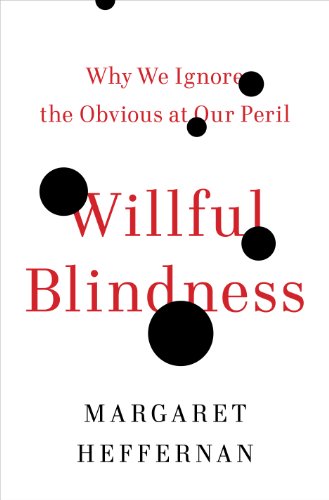 Cognitive Dissonance theory might be more important in explaining the Left’s mindset than we appreciate. Although frequently invoked by mainstream conservatives to superficially skewer liberals’ incoherence and hypocrisy, cognitive dissonance should be applied more broadly and explored more deeply. According to psychologists, the dissonance produced in the mind when holding mutually exclusive beliefs is actually nothing short of a form of mental trauma. Facts and opinions which challenge, for instance, one’s self-identity or long-held conventional wisdom can, say experts, result in agony for the afflicted, producing a feeling of desperation akin to starvation or intense thirst. Unsurprisingly then, the resulting discomfort can push the sufferer to great lengths of irrational and extreme behavior in order to obtain relief[1] (Margaret Heffernan, Willful Blindness, pdf here).Understanding cognitive dissonance, therefore, may go far in explaining our opponents’ aggressiveness and, given the growing unreality of today’s society, their increasingly toxic and desperate behavior.

A basic theme in cognitive dissonance literature is that the brain cannot stand conflict. So hard does the brain work towards resolving it, it’s neural circuitry will actually employ faulty reasoning in order to shut down distress.[2] When presented with contradictory positions, it will, in effect, blind itself to them, for instance, by eliminating the new conflicting belief and clinging to the challenged one. Referring to this characteristic of the mind as our “totalitarian ego”, Psychologist Anthony Greenwald says, much like the thought-control and propaganda devices depicted in George Orwell’s 1984, the mind’s biases are firmly enslaved to the ego’s greater central design (for instance, one’s self-image as a humanitarian and morally righteous person, etc.).[3] This would explain much of liberals’ hyper-defensive reaction to evidence regarding racial differences, for instance, and their aggression toward purveyors of such evidence.

Political psychology professor Drew Weston has found that the brain circuits activating biased reasoning are actually the same ones activated in drug-addicts when getting a fix. Like drug-addicts, the cognitively conflicted will do anything to return to a state of comfort and euphoria.[4] The minds of the conflicted can employ numerous stress responses when, for instance, one’s long-held belief or self-image is challenged, such as avoiding the conflicting evidence in question (and any possible sources of such evidence); resorting to self-denial and magical-thinking[5]; even intentionally misremembering or suppressing past experiences i.e. previous episodes of ethnic tension, etc.[6] And when confronted by ideological opponents, the afflicted can resort to convoluted, fantastical arguments as well as hostile or nakedly diversionary ones, such as making dismissive, personal attacks on the opponent’s motives.[7] No doubt many readers have experienced such episodes from liberals before, even to the point of visible neurosis, hysterical anger, or even threatened or actual violence.[8] As Cognitive Dissonance expert Margaret Heffernan says, “we are prepared to pay a very high price to preserve our most cherished ideas.”[9] END_OF_DOCUMENT_TOKEN_TO_BE_REPLACED