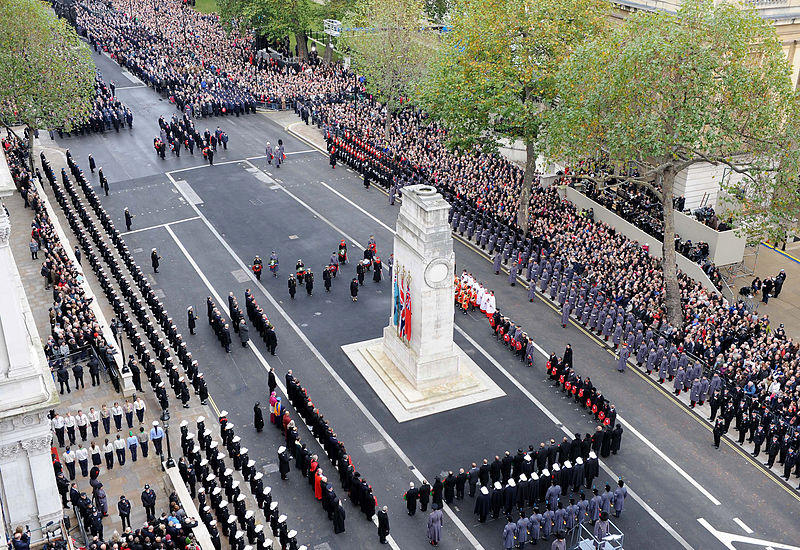 At mid-morning on the second Sunday in November buglers will play the Last Post at the Cenotaph war memorial in London and for two minutes Britain will fall silent. The simple dignity of Remembrance Sunday, the Queen laying a wreath, the silence as a canopy of red poppies fall on the veterans and  armed services standing to attention, make it a moment of almost unbearable sadness.

While the event commemorates all British and Commonwealth war dead, it has its roots in the trenches of the First World War and battles like the Somme where the British suffered 58,000 casualties, one third killed, on the first day. The silence marks the eleventh hour of the eleventh day when the guns fell silent in 1918. The symbol of the occasion is a blood red poppy distributed by the Royal British Legion and worn by millions. 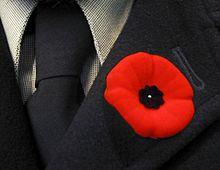 There is no more heartfelt symbol of traditional feeling in Britain than the poppy. and this is why two recent government funding decisions revealed such an astonishing shift in cultural priorities. The first was a refusal to fund a poppy project in a field of remembrance for Britain’s war dead. The second was the Prime Minister’s pledge to pour more taxpayers money into promoting the booming Holocaust industry.

The decisions confirm what many have suspected  — that Holocaust promotion is gradually replacing the commemoration of the sacrifice of servicemen as the subject of community remembrance in Britain.

It is a change for which the British political elite seems to have a driving enthusiasm. The annual government grant to the Holocaust Educational Trust (HET) is already a very generous £2.1 million. The extra £300,000 a year will not only pay for more school Holocaust propaganda, but will also pay to set up a new national Holocaust Commission to erect yet another permanent memorial.

It was always predictable that the left-leaning Heritage Lottery Fund, the UK’s largest dispenser of public largesse, would decline an application from an unfashionable veterans group such as the Royal British Legion. Not only was the application rejected owing to “lack of funds” but the Fund then approached a pacifist group and invited them to submit an application to raise awareness of conscientious objectors.

Even by the standards of the Heritage Lottery Fund this was a calculated  insult. The Fund’s Trustees are dominated by the kind of women that seem to proliferate in the public sector. Privately-educated left-wing graduates from the BBC and elsewhere in the world of arts, who have never soiled their hands in the private sector. END_OF_DOCUMENT_TOKEN_TO_BE_REPLACED