I know I should come up with an excuse for watching the royal wedding, but I must say that it was entertaining television. (I watched the FOX version.)  A festival of implicit Whiteness. In an age where every public event is staged with a mind to getting the diversity out front and center, everyone was White: the families, the clergy, the boys choir, the horsemen, and the crowd cheering and waving Union Jacks. Apparently there were three rabbis in attendance, but who knew? The few Black faces among the dignitaries were representatives of the ex-colonies, reinforcing the sense of tradition.

We think of women as the more decorative sex, but Princes William and Harry seemed to steal the show in their resplendent military uniforms compared to the relatively bland  and subdued bridal gown. These guys are right out of central casting for a movie on Nordic physical types. Cue the Vikings. 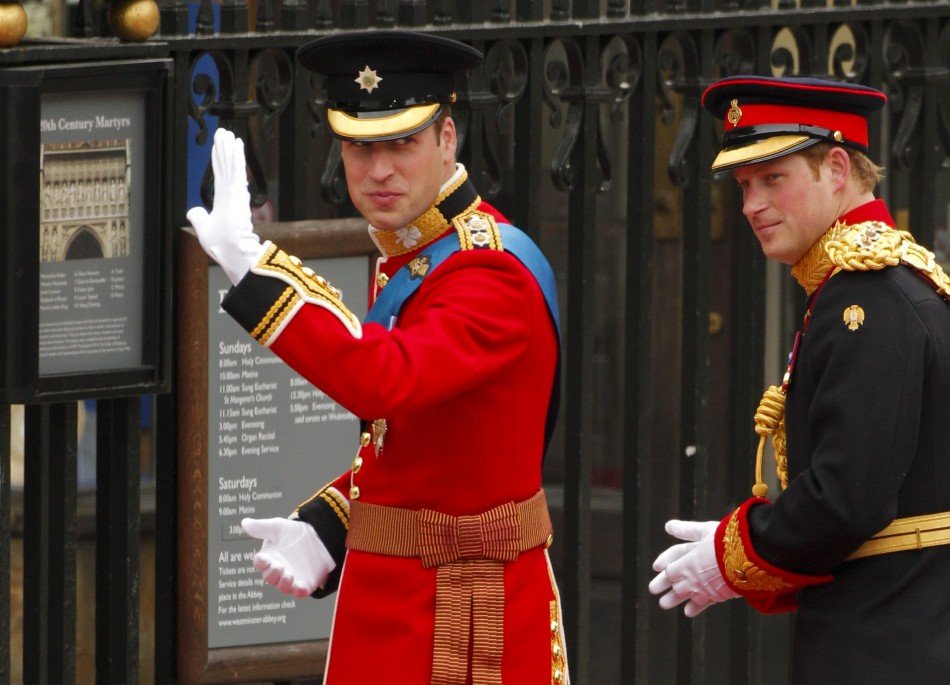 It was a celebration of traditional Britain. All the males in the royal family were dressed in military uniforms with their medals on display, a reminder of the traditionally close connection between the aristocracy and the military. The close connection between English royalty and the Church of England was also much in evidence. Awe-inspiring Westminster Abbey, a classic of Gothic architecture, is the ultimate symbol of British national history, the site of royal coronations and weddings since 1065, and the burial site of England’s political, literary, military, and scientific elite. 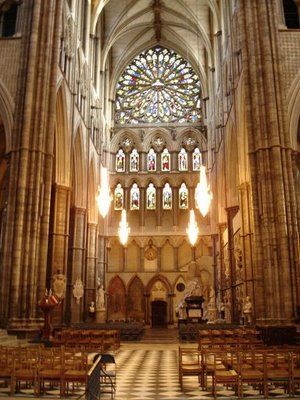 The ceremony was traditionally Christian, but had truly ancient overtones as the father of the bride transferred her to the husband by taking her hand and formally giving her to Prince William–a vestige of male control of females, now of little more than symbolic significance. There was a slight break with tradition as the bride promised to love and honor her husband but not to obey him.

The clear expectation is that the marriage will produce an heir. The royal family has a strong sense of family obligation to produce children as heirs to carry on the tradition–an attitude that is sadly lacking in a great many Whites.

In short, the wedding did not look or sound like today’s multicultural England. It was a public display of the traditional people and culture of England: Whiteness, Christianity, patriotism, and heterosexuality with the expectation of fertility.

The downside is that the indigenous Brits viewing the proceedings doubtless get the feeling that things really haven’t changed much after all. The royal family looks pretty much like it always has. It’s still our show. God save the queen. The symbols are all still there, even as the indigenous people are being displaced and dispossessed because of the actions of the hostile political, economic, and media elite that now runs the country.

It’s the same in America, where the Stars and Stripes still conjures feelings of pride and patriotism among traditional Americans even as the country is being taken from them and transformed beyond recognition.