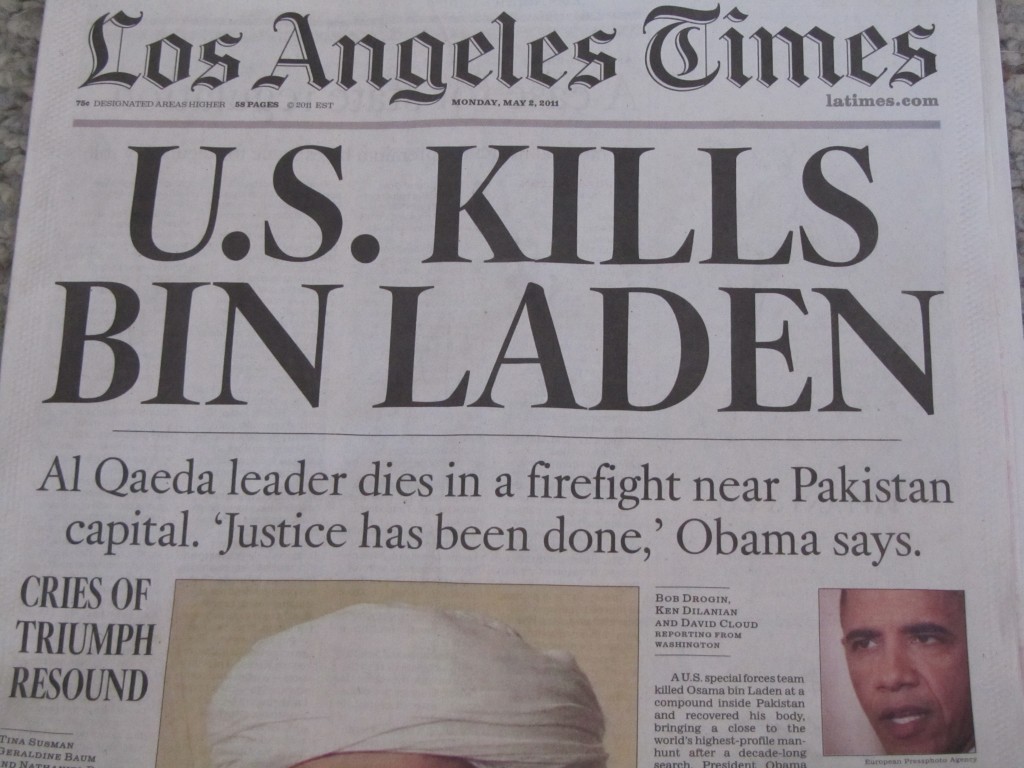 I must admit to feeling a bit unpatriotic. I just can’t get into the non-stop hoopla on the bin Laden assassination. On Monday, with only a small lead time the LA Times had 8 articles on it, beginning with a monster headline screaming “U.S. KILLS BIN LADEN” in 96-point type that took up around 4 inches in two rows across the entire front page. But they were just warming up. On Tuesday, there were 24 articles, headlined by “OBAMA’S GAMBLE” in 72-point type recounting the decision process of our daringly brilliant president, much loved by the Times. (Now the Times has even more reason to ignore Donald Trump’s  request for Obama’s college grades.) 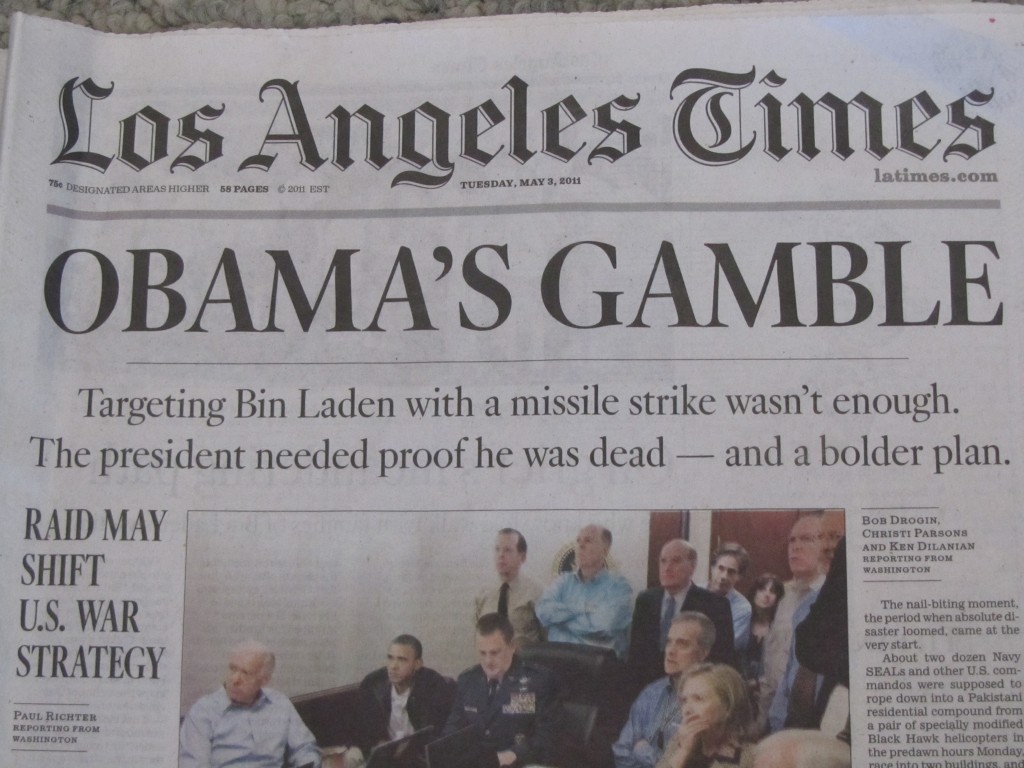 The only article that caught my eye was “Bin Laden’s sea burial fuels conspiracy theories.” Odd indeed that they would bury him at sea so quickly, but the article assures us that it “was necessary because arrangements couldn’t be made with any country to bury Bin Laden within 24 hours, as dictated by Muslim practice, administration officials said. But a senior military officer said the U.S. also wanted to avoid creating a shrine somewhere on land that would attract his followers.”

Ah yes. If there’s one central pillar of American foreign policy since 1948, it’s the principle of never offending the Muslims. And that principle far outweighs keeping the body around for a while so that there could be an independent investigation.

But the reason I don’t have much enthusiasm for the whole thing is that the patriotic emotions that this event seems to be eliciting are completely beside the point. They don’t come close to dealing with the real problems we face. For awhile, at least, the anger of a huge number of Whites, which is at least implicitly about their ongoing dispossession, will be buried by a “We’re Number 1” mentality.

These emotions only give fuel to the War Party. Today’s Times included an op-ed by War Party stalwart Max Boot (“Bin Laden: The Day of Reckoning“) that blames the deaths of “tens of thousands” in Iraq on Al Qaeda. This is a resurrection of the lie that Saddam Hussein, the secular leader of Iraq, was allied with Al Qaeda and bin Laden. As usual, the media will be silent about bin Laden being motivated at least partly by the support that the US gives to Israel’s dispossession of the Palestinians (see, e.g., James Bamford’s A Pretext for War: 9/11, Iraq, and the Abuse of America’s Intelligence Agencies.) And Americans are still dying in Afghanistan.

So count me out of the current celebration.