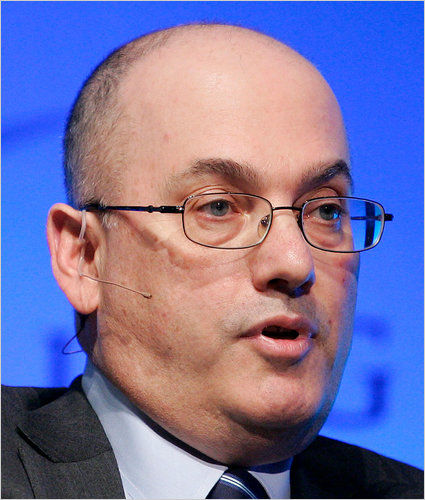 Thanks to “Tom”, who by posting a link to it in the comment thread to my blog SEC’s Becker/Madoff saga: How could it smell worse? alerted me to Donors to G.O.P. Are Backing Gay Marriage Push by Nicholas Confessore and Michael Barbaro The New York Times May 13, 2011

As gay rights advocates intensify their campaign to legalize same-sex marriage in New York, the bulk of their money is coming from an unexpected source: a group of conservative financiers and wealthy donors to the Republican Party, most of whom are known for bankrolling right-leaning candidates and causes.

Predictably, the NYT avoids the most significant aspect to this story, but the Capital J blog at the JTA.org website is made of sterner stuff:

The New York Times runs a piece today on how the big money behind the push for sanctioning gay marriage in New York State is coming from Republicans.

The figures named are also Jewish….But I mean every name. Here’s what a quick Google search came up with:
–Paul Singer: on the boards of Jewish Institute for National Security Affairs and Commentary
–Daniel Loeb: Appeared at events for YIVO and the Jewish Enrichment Center.
–Clifford Asness: Likened Obama’s proposed tax policies to pogroms. (Yes, philanthropy would be nicer than name calling, but this is still a form of identification.)
–Steven A. Cohen: this excellent Tablet piece by Allison Hoffman exposes a rabbi who tried to use Cohen’s Jewishness in a scheme to extort money from him, but otherwise notes that Cohen’s philanthropy does not have much of a Jewish slant…
And then there’s former Republican National Committee chairman, Ken Mehlman, who’s organizing the whole GOP push, and New York Mayor Michael Bloomberg, who also backs the initiative (but is no longer a Republican.) Jewish, Republican, pro-gay rights by Ron Kampeas – May 14, 2011

This story is essentially a microcosm of the 21st Century American political process. Gay Marriage has invariably been rejected whenever the electorate gets a chance to vote on it. What these wealthy Jews are saying is that their opinions backed by their money should get paramountcy, and the preferences and religious scruples of the majority of their fellow countrymen count for nothing and should be ignored. It is a naked display of bigotry and brute financial force.

Perhaps they are moved by the obvious advantages of a political alliance with the wealthy and extremely aggressive homosexual lobby. But these particular men are supposed to be Republicans –– not much to be gained there. Perhaps they are thinking communally.

More likely the motive is straight out of Kevin MacDonald’s analysis – an insatiable and ferocious lust to eradicate the Christian aspects of the culture of their host, regardless of the fruits it has allowed them to reap.