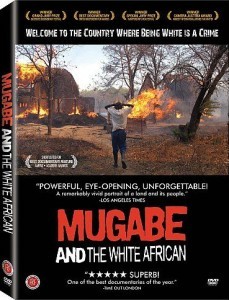 Greg Johnson and Alex Kurtagic have been discussing a familiar witticism: worse is better. Axiomatically, reducing a concept down to three simple words necessarily strips it of nuance. Worse isn’t always better, but is it necessarily always worse? As Alex points out, we have to be capable of providing an alternative to the system for that system’s failure to be in our interest. Greg accurately notes that the system’s failures are opportunities for awakening…

“The ultimate premise of “worse is better” is the old ‘pathema, mathema’ (suffer and learn) principle: Most people do not learn from intellectual warnings, which are abstract and universal, but through experience, which is concrete and individual.”

But what if we as a people are congenitally incapable of learning from our mistakes? What if we as a society are so deeply invested in our toxic abstractions and fatuous distractions that we’ll keep parroting them louder and louder as it all falls apart? What if our reaction to the anti-White genocide is pretty much independent from economic and political events? What if we’re so hopelessly lost that we’ll dutifully carry on about us all being “children of God” until the very last one of his White children is bludgeoned senseless by a vicious brown mob hellbent on total control?

I know I’m being morbid, but it’s not because I’m off my meds. It’s because I just watched Mugabe and the White African.

This documentary sympathetically records the trials of one of Zimbabwe’s last White African farming families. To my surprise, I found myself growing impatient with the White Africans the more and more I learned, to the point where I was sneering derisively at their expense until the point at which their punishment for willful ignorance exceeded the crime. A revelation presented itself: White liberalism is White Supremacism with a smile. This liberal documentary couldn’t help but side with the plantation owners because they’re ideological brethren: two sides of the same imperialist coin.

Throughout the film, the White Africans repeatedly tripped over themselves to emphasize that they were helping their Black laborers, even boasting that their laborers can afford to have themselves several children. They cloyingly attempted to relate to their minions, assembling a veritable comedy reel of awkward attempts to bond while their charges grinned nervously and laughed along unconvincingly. As these White Africans see it, they’re doing God’s work, providing economic opportunities that wouldn’t exist without them. After all, isn’t it wasteful to let all that fertile farmland go to waste under that racist Mugabe’s cronies?

Accusing White liberals of being the real White Supremacists seems cheap at first pass, on par with “I know you are, but what am I?” But the only difference between the Campbell family and White America’s elites is that the ones over here can still afford a few degrees of abstraction from their exploitation and control of their non-White minions. They can even appoint an affable Black spokesman to run the plantation for them. Their Democratic party’s White and Jewish elite hand out jobs and bribes to the brown masses in exchange for continued dominance—a macrocosm of the Mount Carmel farm.

Unfortunately for Mike Campbell and his family, it’s an unsustainable situation. Human beings don’t strive for money and food. They strive for power. Africa was far wealthier under European imperial control than it is now, but Africans don’t want wealth as much as they want sovereignty. Detroit would be far more prosperous with some White technocrat instead of Kwame Kilpatrick, but Detroit’s urban Blacks are smarter than White Americans. They realize something we don’t: It’s better to starve with freedom than feast in submission. Mugabe’s assuredly a miserable thug, but he’s their miserable thug.

Throughout the movie, the family desperately appeals to their White cultural traditions, insisting on their universality. According to decades-old government records, they have a lawful right to keep their farm, but what are “rights”, “laws”, and “justice” when those in power have no use for them? And why should they? Western values enable White supremacy. Zimbabweans—being less intelligent and educated—will never win if they play by the White man’s rules. They’ll win by playing to their strengths: brutality, terror, and superior numbers. 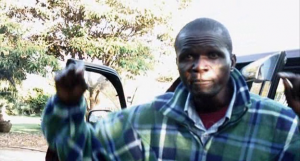 I Want You Out!

About a third of the way through the documentary, the idealistic son-in-law Ben Freeth gets into a debate with one of Mugabe’s henchmen (Mr. Peter Chamada). The White African prattles on about the international tribunals and how he bought the land from a willing seller, but the Black African sees through his smokescreen of imperialist bullshit: “My friend, you take all the land from us. You starve us. You bring sanctions. And you want to cripple us so you can take over. It will never be a colony again, this country. It will never be a colony. I will sleep here until you are out, and I mean it. I want you out!”

These White African farmers are kinfolk. They deserve our support, but only in the form of assisting their emigration. If we support their continued efforts to promote multiculturalism in Africa, we’re only enabling their tragic refusal to let go of something they’ve already lost. Arthur Kemp, himself a Rhodesian refugee, defines a White South African as “someone who would rather be murdered in his bed than make it.” It’s hard to deny that harsh reality after watching this, though my heart was still broken by its shocking—if predictable—conclusion. 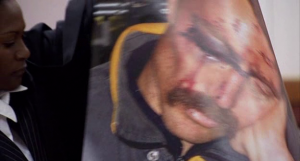 Ben Freeth - A Martyr for Multiculturalism

These folks have noble instincts. They’re intelligent, well-bred, and heroically abide by their anti-White principles through their dispossession, dislocation, and demise. To their credit, they stood by their rhetoric in a way that countless liberal White African expatriates have not. Most of them are still spouting this garbage from their comfortable White refuges in the Commonwealth and America. Meanwhile, the women, children, and elderly who can’t escape are left to bear the horrific consequences of following White liberalism to its logical conclusion.

The lesson I learned from this is that worse is not better. It’s always just worse. We as a people are too abstract, idealistic, and removed from our instincts to act in our tribal interests in the same way other populations do. If anything, the more trials we experience, the more resolved we become in our folly. This doesn’t mean we’re doomed. It’s actually liberating. We don’t need to sit around and wait for things to get bad enough for our people to rise up. What we need to do is adopt a new set of principles and our people will pursue them with the crusading zeal we Whites manifest when stirred by an abstract ideal.

PBS will be airing Mugabe and the White African on July 26th. Check your local listing for the broadcast time and be sure to weigh in on the public discussion.