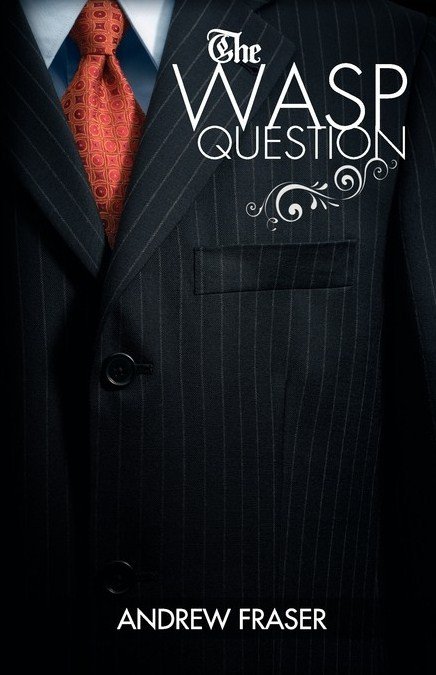 A Nation of Nations

The harsh reality that America is a “nation of nations” may at long last be sinking in.  But, one cannot be confident; Tea Partiers remain steadfastly in denial as they demand “their” country back.  As if the Constitutional Republic was ever “theirs” to have and to hold in fee simple!  At best, they are now tenants at will on the demesne of the federal Leviathan.  But Harold Cruse, the most incisive Black nationalist writer of the Sixties, remarked ruefully that “America is a nation that lies to itself about who and what it is.”  WASPs were and are the worst offenders.  For Cruse, America was “a nation of minorities…ruled by a minority of one” which “thinks and acts as if [the USA is simply] a nation of Anglo-Saxon Protestants.”

In the Sixties WASPs were still the dominant group among White Americans.  It was the civic duty of the WASP intelligentsia, therefore, to produce its own “representative radical-intellectual trend.”  Cruse warned that every racial, religious, and ethnic group needed “organic” intellectuals able to articulate its particular interests and shape its distinctive ethno-culture.  That representative function must be performed to the best of its ability by the intelligentsia in each of America’s constituent ethno-nations; otherwise “social progress in America” would “be ethnically retarded, if not checkmated.”

Unfortunately American civil religion fosters the delusion that WASPs are not an ethnic group comme les autres.  That is partly because previous generations of WASP intellectuals shirked “their creative and intellectual responsibilities to the internal American commonweal,” effectively dissuading, crippling, and smothering “the cultivation of a democratic cultural pluralism in America.”

Of course, Cruse also vigorously condemned the simultaneous failure of Negro intellectuals to promote the political, economic, and cultural autonomy of American Blacks.  Jews, however, were only too ready, willing, and able to elbow out the educated WASP intellectual elite and their Negro counterparts.  First, Jewish radicals skilfully persuaded Negroes to chase the chimera of racial integration rather than learn to stand on their own two feet.  Then Jews of all stripes constantly badgered WASPs to put the magical Negro in place of Christ as an object of religious devotion.

The result, in the words of one observer, is the “vague, confused jumble of meaninglessness” generated by an American civil religion reduced to the patently ridiculous worship of “the god(s) of our Jewish-Christian-Muslim-Hindu-Mormon-Sikh-Zoroastrian heritage.”  Politics as usual cannot possibly pull patriotic Americans out of the multicultural mire.  Indeed, as the sorry saga of homo Americanus reminds us, politics is pretty much the problem.  No souls will be saved in political coalitions/parties/prescriptions aiming to restore the Republic.  American democracy has always been the fatal flaw in the character of the American Republic.  It is now beyond obvious that not everyone can be depended upon to behave like a WASP gentleman.

Displaced and depressed, WASPs suffer from a chronic spiritual disorder; they need a spiritual cure.  The merely political mobilization of the masses will not and cannot achieve the ethnoreligious regeneration of the Anglo-Saxon race.  Theology, specifically a Christian ethnotheology, will be more relevant to the task at hand than a number-crunching science of politics.

In the spiritual struggles to come, therefore, the shrinking population of “pure-bred” WASPs in the wastelands of suburbia is not a matter of immediate or critical concern.  Jews are comparatively few in number but they know how to leverage their influence through the use of well-established, socially cohesive tribal networks.

Let me hazard a prophecy: Over the next century, a global network of Anglo-Saxon tribes, taking root among the scattered remnants of a once-great race, will set out to replant the explicitly ethnocentric Christian faith of the early Angelcynn (ie “kin of the Angles) Church in the lost soul of the American WASP.  Tribes, John Robb remarks, are the organizational cockroaches of history; as such they are likely to provide the most secure foundation for local, resilient, and survivable communities in the increasingly likely event of an American Apocalypse.  Robb’s freeze-dried description of the means by which tribes generate in-group solidarity is worth quoting in full:

Just add Anglo-Saxon blood infused with the Holy Spirit and stir.  The result is the perfect recipe for a postmodern Anglican Reformation.  The multitude of religious bodies, schools, colleges, universities, hospitals, and other community organizations descended from the Church of England provides an ideal medium for tribal networking.  What Guillaume Faye calls “archeofuturism” will be the watchword for a reformed Anglicanism.  The future of American WASPs depends upon their capacity to recover archaic folkways buried in the ruins of Anglo-Saxon Christendom. In Deuteronomy 26: 16-19, God recognized Old Covenant Israel as his “special possession.”  Biblical prophecies of a New Covenant creation were fulfilled in AD 70; Christ came “on the clouds of heaven with great power and glory” (Matthew 24:30) to oversee the destruction of the Jerusalem Temple.  The covenant world of the rebellious and stiff-necked Jews who had rejected Christ perished together with the physical structure of the Temple.  In the new heavens and the new earth other “nations” were invited to enter into the spiritual Kingdom of God.  Anglo-Saxon England jumped at the chance.  Alfred the Great and other Anglo-Saxon kings gladly recognized Jesus the Christ as their Lord and Saviour.

The Anglo-Saxon tribes soon conformed to His ways.  By keeping His commandments, England became the Christian prototype of a holy nation.  Indeed, the nascent English nation aspired to be a new Israel.  In return, God raised England “high above all the nations which he has made,” at least for a time.  Contemporary WASPs must follow the archaic example set by their remote ancestors in bringing “praise and fame” to God.  By so doing, they might be reborn as “a people holy to the Lord.”

Hopelessly effete WASP intellectuals now have the priceless opportunity to be reinvent themselves as Christian cultural crusaders; they can and should spearhead an unrelenting assault on the secular humanist faith in the political economy of the modern state—just as America’s revolutionary regime plunges into a profound and prolonged, and possibly terminal crisis of legitimacy.

Only those who return to the old blood-faith of the Anglo-Saxon race will be able to deprogram WASPs captured by the American cult of the Constitution.  In 1 John 4, Scripture reminds us that the three witnesses to the coming of Jesus Christ are “the Spirit, the water, and the blood.”  Indeed, “this command comes from Christ himself: that he who loves God must also love his brother.”

As revealed in the poetry of Shakespeare and the prose of Sir Walter Scott, the Christian faith cannot be transmitted by pure reason; it comes to us through the blood of our kith and kin.  For far too long, America’s bloodless civil religion has blinded WASPs to their obligations to the dead and the unborn of their kindred folk.

The ongoing struggle for the soul of the WASP will be one of the most important flashpoints in twenty-first century ethnopolitics.  American WASPs will not be alone in their suffering in the coming collapse of the Constitutional Republic.  The geopolitical destiny of their co-ethnics in Australia, Canada, New Zealand, and the United Kingdom also hangs in the balance.

Andrew Fraser is a wandering WASP—born in Canada, educated there and in the USA, who now happily ensconced in Australia.  He is the author of The WASP Question: An Essay on the Biocultural Evolution, Present Predicament, and Future Prospects of the Invisible Race (Arktos 2011).