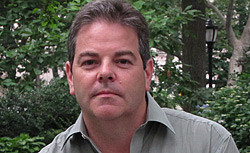 The paranoid worldview holds that secretive global elites who know the score are plotting world domination at their shady little international conferences. Personally, I believe this is only partially true. There’s definitely a cabal of global elites and they’re definitely plotting world domination, but I’m not convinced they know the score. I suspect they not only write the clueless drivel shoveled out by the New York Times and Wall Street Journal editorial pages–they believe it, too!

Michael Moran, a leading luminary in the internationalist Council of Foreign Relations, fancies himself to be an “analyst of international affairs”. His most recent analysis is It’s the Politics, Stupid! The basic thesis is that America’s biggest problem isn’t its economic crisis but rather its political crisis.

Much has been made of the depth of the economic crisis facing the United States, and it should not be underestimated. But only about 30 percent of the trouble facing the U.S. today is economic — the U.S. economy, compared with all the other developed economies, is in the best structural and demographic shape to weather this storm and ultimately regain its health. But a cancer does exist: The real problem America faces is political, and once again today, it is on stark display.

What happened today? The “super-committee” delegated by Congress to resolve the latest budget impasse admitted failure. Nobody doubts that the American political scene is becoming increasingly polarized, paralyzed, and radicalized. For this priest from the Church of the Status Quo, supporting radical political change is heretical. For Mr. Moran, what the world needs is more “moderates”, this seemingly interminable problem of America declining and failing on every front could be solved if we only had more “respectable” people lining up to vote.

In fact, blame for the failure of the congressional super committee belongs with every American who failed to vote in the 2010 midterm election. Nothing encapsulates the dysfunction of American democracy better than the fact that we abdicate responsibility for governing our country (and running our economy) to a radical minority every four years out of laziness and, to a smaller extent, deliberate efforts by both parties to depress turnout they know will favor their rivals.

This man who allegedly does analysis for a living has offered a plausible hypothesis to explain the decline of civility in American politics. His hypothesis is that a decline in voting during the non-presidential elections has ceded political power to the sort of crazies who vote in off-year elections. Much to his chagrin, Google has empowered me (an irrelevant hillbilly unworthy of Beltway Respect™) to pants him on this embarrassing failure to do his homework. Since 1974, there’s been little if any trend in either direction.

In fact, there’s even been an (admittedly insignificant, but steady) increase since 1998! Certainly fewer people vote in off-year elections, but that has been going on for a very long time. It’s a poor explanation for our current malaise.

Then this respected expert offers his solution. [Pause for a moment and see if you can guess what it is…]

If you guessed that his proposal is that we entrust even more of America’s problems to unelected and unaccountable “respected experts” (like himself) then you’ve won a family vacation to Mexico!1

So where do we go from here? The first step is to take a page from Europe. When the Greek and then the Italian economies reached the economic precipice earlier this month – the ultimate destination of the American economy if our political paralysis [continues] – the radical solution was to cut the politicians out of the picture. In both countries, governments of technocratic experts – each, importantly, led by an economist – were formed in a last ditch effort to wrest the national steering wheel from self-interested, politicians who would be second-rate lawyers if they hadn’t figured out a way to live quite well on your tax revenues.

Such a solution is more difficult in a presidential system—but not impossible. A real super-committee— a real committee not only empowered to take the steps necessary to right the American economy, but competent to do so—would include 12 serious thinkers. They might include policymakers like former Fed Chairmen Paul Vol[c]ker or (the suitably contrite) Alan Greenspan2, economists of left and right like Stanford’s John B. Taylor, Yale’s Robert Schiller[sp], NYU-Stern’s Nouriel Roubini2, plus a few representatives of labor, small business and capital – let’s say Robert Reich2, Joseph Schneider of Lacrosse Footwear, and Warren Buffett, just for kicks. No investment bank chairman, please, and no one facing reelection.

Yes. He wants you to step aside and let this guy take the helm—the guy that wanted the stimulus money to go to anybody but White males.

The problem with America in general and the Beltway in particular is that Americans and their elected representatives need to step aside and let a tiny privileged clique of Jews, billionaires, and their academic lackeys take over and solve the political problem!

This band of technocrats couldn’t solve the problem even if they intended to, because it’s not really a political problem. It’s a demographic problem. America’s not “in the best structural and demographic shape to weather this storm”. America’s falling off a demographic cliff. America’s human capital is in a tailspin, with the productive and prudent population which made America productive and prudent forfeiting their inheritance to a Third World mob which is neither productive nor prudent—in endless need of government services and hiring quotas. Even a man as moronic as Moran should be able to comprehend that if you were to take Mexico’s population and put it elsewhere, elsewhere would end up a lot like Mexico.

We’re “elsewhere”, and we’re ending up a lot like Mexico. It’s not rocket surgery, but Moran and his congregants in the Church (Synagogue?) of the Status Quo observe a religious injunction against observing the obvious. You can’t have a first world [White] country with first world levels of education and prosperity if you’ve got a Third World [non-White] population. If one single nation (or even school district!) which is African or Mestizo could demonstrate otherwise, I might be a bit less averse3 to staking the fate of our civilization on this fanciful proposition that social their engineering schemes can deliver on their promises of anthropological alchemy.

They can’t deliver on those promises. America is burning and will continue to burn until White Americans wake up and take it back or White Americans have been so completely marginalized and their infrastructure so completely looted and neglected by their replacements that there’s nothing left to burn. Washington politics will look more befitting a banana republic each election cycle, because with each election cycle a large subset of the people who made this country better than a banana republic are dying off and a large subset of third world invaders and their offspring are remaking this country in their own image.

1. Actually, Mexico will come to you. Just stay put and await your prize within the next decade or so.

3. On second thought, I would still oppose being replaced even if my replacements proved themselves perfectly capable of running this country as well as or even better than my people ran it.