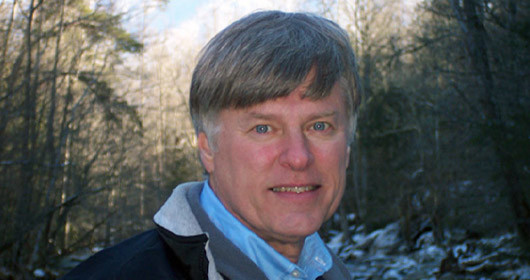 Merlin Miller, A3P candidate for President of the United States

The following is an English translation of an article published in the French magazine RIVAROL (published by  Jérôme Bourbon) on the A3P and it’s presidential candidates.

In the hustle and bustle of the various right wing currents inAmericait is fascinating to observe the recent birth of the American Third Position Party (A3P), a new political party dedicated to the preservation of European cultural, racial and ethnic heritage. The A3P has recently launched a political and cultural program that could make lots of waves at the upcoming presidential elections in America. The silent majority of American citizens is fed up; it is tired of the two-party system of East Coast ‘banksters’ and West Coast culture destroyers, both ruining the country with their destructive ideology of multiculturalism and causing dangerous mutual racial mistrust amidst the American body politic. Everybody wants something new.

The A3P offers a patriotic alternative to the two parties which, similar to subprime shams, have also mortgaged the future of America. Over the last forty years, American politics has been shaped by the plutocratic system and by the two identical political machines, under the guise of the Republican Party and the Democrat party respectively. It is always the Same and its Double poorly mimicked — if we were to   borrow some words from the French philosopher of postmodernity, Jean Baudrillard. Both parties seem to be united in the ruthless dogma of the “third excluded”, as well as in the defamation of those who reject the media swamp of “political correctness.”

The A3P has chosen for its presidential candidate, Mr. Merlin Miller, a graduate of West Point, a U.S. Army veteran and an accomplished filmmaker. His vice presidential candidate is Dr. Virginia Deane Abernethy, a renowned anthropologist, and a professor emeritus at Vanderbilt University. The A3P stands resolutely for the Republic: it is the only political party that represents Americans of European descent and that is strongly opposed to any notion of the American- Empire. On the Board of A3P directors one comes across some heavyweights, such as Mr. Don Wassall, editor in chief of The Nationalist Times, Mr. William Johnson, a well knownLos Angeles lawyer, Professor Kevin MacDonald, a renown American sociobiologist, Mr. James Kelso, an activist well known in nationalist circles in the USA and Europe, and Dr. Adrian Krieg, a writer and scientist. No other party in the American political landscape can boast such an impressive number of scholars of the highest order.

The A3P rejects  the current discourse of the American political class whose double talk resembles the Soviet-inspired locutions, such as  “ethnic awareness training,” “politically correct”, “hate speech”, “positive discrimination “,” diversity, ” etc. This boring palaver of the Establishment can be observed daily on all wavelengths when one listens to its “newspeak”, which, during the last half a century, has transformed the institutional and educational process in Americainto high commissions of political correctness, and whose aim is the criminalization of the legacy of the White man. Americans are being duped and deceived by the power and by the media in the same way of the old Sovietized and communized masses in the former Eastern Europe. At least the old communist nomenklatura knew it lived the historical lie. By contrast, the current American elites seriously think that they live the historical truth, which needs now to be exported by force to all corners of the world.

America today resembles theThird World, with 30 percent of its citizens being of non-European origin. White Americans are in the process of becoming a suspicious minority, ridiculed and increasingly discriminated against by the political-media apparatus. Without some firm political action, as put forward by the A3P, White Americans will soon become a vanishing species, isolated in their tiny ‘camps of the saints,’ which in turn are also bound to perish in the endless process of White Man’s  self-flagellation and self-hatred.

The A3P positions itself against the current U.S.policy, which through a fancy communist -inspired euphemism “affirmative action,” excludes bright white intellectuals, students and professionals. As a new political party, the A3P is well aware that it speaks on behalf of the American heartland and the vast majority of white American citizens.

Through the manipulation of the masses and by means of media decerebration the “Republocrats” have managed to keep themselves forever in power. They have managed to “divide and conquer” the ranks and files of the traditionalist Right,  while spreading in the media and motion pictures the image of some weird, phantasmagorical White racialists and by ceaselessly projecting a right-wing caricature of  toothless mountain hicks in the company of violent, tattooed, swastika-carrying skinheads. Over the past fifty years this false media- inspired imagery of ridicule and defamation of all patriotic parties has successfully suppressed the awakening of national, racial and patriotic sentiments, particularly among young and white Americans. Hence, the only “Right” acceptable today in the mainstream media of America (with a free passage to the glitz, glamour and glitter of inside-the-beltway DC) is embodied by the so-called neoconservatives, whose founding myths revolve around the profane notion of the Sacred–called Israel.

The current presidential system, compared to all previous regimes, has ruined the ideals and institutions of the founding fathers of America. If such policies continue Americans of European descent are slated to become a minority in their own country — within a few decades.

The spirit of the people depends on those who compose it. In the same vein a state is the product of the people who compose it. If the European population inAmericais to be replaced by a non-European population, the character of the country will change. The A3P believes that the times have come for a political party that must vigorously defend the interests of white European Americans. Every nation has the right to maintain and safeguard the identity of its forefathers.  The advantage of the A3P is the right choice of the right presidential candidates who are morally, ethically and intellectually above the candidates chosen by the Democrats and the Republicans.

The A3P proposes a moratorium on immigration and the immediate expulsion of illegal immigrants. Of course, similar plans were once promulgated by President Roosevelt during the Great Depression (1930) and by President Eisenhower in the 1950s — but they were short-lived. They failed — due to the pressure from special interest groups and especially as the result of the propaganda which in turn brought about the tsunami of Freudo-Marxian egalitarian scholasticism. In addition, the A3P emphasizes “fair trade” as opposed to vague notion of “free trade”; yes to private enterprise, but always serving the common good. The A3P also wishes to promote good environmental policies and be a faithful custodian to US energy resources, while always promoting the “America First” in foreign policy, which means, of course, the cessation of military interventions and economic aid to foreign countries.

Today’s America has become a highly balkanized system that functions more and more like the old Soviet system in which primeval, egotistic and narcissist forms of ‘survivalism ‘ of each ethnic and racial group will likely trigger latent interracial wars. The A3P is well aware that stormy weather is lurking on the horizon and that it therefore needs to distinguish between the true enemy and the true friend. Where there is a will there is always a way!