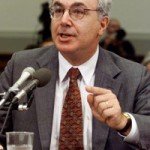 For decades now, progressive constitutional scholars such as Professor Bruce Ackerman have long urged the Supreme Court to recognize the higher law-making voice of the sovereign people.  Obama’s second term will provide the Court with the ideal opportunity to do just that; indeed, his entire life story reads as if it had been crafted as a hypothetical problem in a constitutional law examination on the natural born citizenship issue.

If the sovereign people decide that issue in Obama’s favour, the already threadbare claim that the American republic is a historic nation grounded in the shared blood, language, and culture of a homogeneous people will have lost its sole constitutional mooring.

Once the citizenship status of the President no longer matters, it is difficult to see how immigration patriots can object to the future extension of the political and civil rights now associated with citizenship to all immigrants, legal or illegal.

Birthers fear that Obama’s successful re-election amounts to a constitutional amendment by stealth.  Many portray Obama’s putative Presidency as a criminal conspiracy.

But the campaign to re-elect Obama is much more than an undercover conspiracy to deceive the American people.

In fact, there is good reason to suppose that Obama’s most important backers have chosen him as their standard-bearer not despite but because of his questionable citizenship status.  The campaign to nullify the natural born citizenship requirement is not a covert conspiracy but an open revolutionary movement to erase the last constitutional vestige of blood and soil citizenship in the American Republic and, indeed, in the world at large.

From Republic to Empire

As the constitutional avatar of the diversity principle, President Obama will preside over a short-lived Fourth (Transnational) Republic designed to subordinate the historic American nation to the hegemony of a postmodern, global Empire.

The neo-communist manifesto of the Empire “materializing before our very eyes” was written by Michael Hardt (later one of the Group of 88 faculty members calling for the prosecution of the defendants in the notorious Duke lacrosse case) and Antonio Negri (then in an Italian prison on terrorism charges) and published in 2000 by Harvard University Press.

Hardt and Negri trace the roots of postmodern corporate neo-communism back to the founding fathers of the American Republic who sought to create “a new Empire with open, expanding frontiers,” an imperial idea which “has survived and matured throughout the history of the United States constitution and has emerged now on a global scale in its fully realized form.”

Yet Hardt and Negri are careful to note “that this idea of American Empire as the redemption of utopia is completely illusory.”  By its very nature, the neo-communist “Empire is not American and the United States is not its center.”  They maintain that the power of Empire “has no actual and localizable terrain or center.”  Instead, it “is distributed in networks, through mobile and articulated mechanisms of control.”

Obama’s Fourth (Transnational) Republic is therefore fated to mutate into a province of globalized Empire.  The first law of Empire was set out by the Wall Street Journal: “There shall be open borders.”  It follows that the old-fashioned republican “concept of the People no longer functions as the organized subject of the system of command, and consequently the idea of the People is replaced by the mobility, flexibility, and perpetual differentiation of the multitude.”

The outworn political theology of the Constitutional Republic will be superseded by the religion of humanity in which “the desire of the multitude is not the cosmopolitical state but a common species.”  The power of the multitude to circulate freely becomes the first fruit of “a secular Pentecost” in which “bodies are mixed and the nomads speak a common tongue.”

The political project of Empire unites neo-communist theoreticians and corporate plutocrats in a common program for the global multitude.  The first political demand of this movement is global citizenship.  Over the past few decades, the bi-partisan campaign waged by politicians as well as corporate and academic lawyers to eliminate the natural born citizenship clause in Article II, section I has lent legitimacy to that demand.

This campaign pre-dates Obama’s political career, receiving an early boost from the celebrity status of Austrian-born Arnold Schwarzenegger.  But there is little doubt that the current drive to nullify of the natural born citizen clause includes many people known to be supporters or associates of putative President Obama.

In 1995, for example, Professor Randall Kennedy, a prominent member of the Harvard Law School faculty, opined that the natural born citizen clause is the stupidest provision in the Constitution.  Having since written a book in support of Obama’s Presidency, he continues to take the view that the natural born citizen clause “stigmatizes all immigrants.”

Like Barack Obama, Kennedy believes that the right of the global multitude to “circulate” is an “essential American idea.”  In his view, the belief that nativity, or place of birth conditions political loyalties is nothing more than a “rank superstition.”  Allegiance should be seen as “a willed attachment to a nation, a polity, or a way of life.”

Kennedy insists that the American people should be free “to decide whom they want as their President.”  If they were to do so, “we would have been spared the depressing furor over his birth certificate because where he was born would be irrelevant to assessing his fitness for the presidency.”

To give Kennedy his due, however, he has not yet suggested that the President need not even be a citizen.  Others are not so hesitant.  In a recent op-ed piece in the New York Times, Jacqueline Stevens, a political science professor at Northwestern University and author of States Without Nations: Citizenship for Mortals (Columbia University Press, 2009), openly preaches the political theology of Empire, insisting that the linkage between citizenship and birthplace stems from an atavistic and irrational fear of death.

Far from being part of a criminal conspiracy to hide Barack Obama’s birth certificate, neo-communist intellectuals such as Professor Stevens belong to a frankly revolutionary movement pledged to promote the free movement of capital, labour, and technology across national borders.  All states, she believes, should simply open their borders and use residence, rather than birth certificates, to define citizenship.

To defeat corporate neo-communism, birthers will have to do more than prove that Obama’s birth certificate is a forgery.  Appeals to the rule of law or to the civic virtues of an independent republican citizenry now carry little weight within the interlocking transnational networks of corporate, governmental, and mass-mediated “biopower.”

Hardt and Negri preach a revolutionary realism which recognizes that “corruption itself is the substance and totality of Empire.”  In these the last days of the Constitutional Republic, birthers (whether they realize it or not) are counter-revolutionaries set in opposition to a system in which corruption has become “the pure exercise of command…over productive biopower.”

The revolutionary ideals upon which the American Republic rests are now part of the problem—not the solution.  Old-stock Americans, generally, need to develop viable alternatives to both the old Republic and the new Empire.

Die-hard patriots might object that because I am not an American citizen I do not have a dog in their fight.  In fact, I share deep-rooted bonds of blood, language, and culture with American WASPs.  The fate of WASPs everywhere is bound up with the deepening crisis of the American Republic symbolized by the putative Presidency of Barack Obama.

To my American co-ethnics, I therefore offer one piece of unsolicited advice from my ringside seat in Sydney, Australia.  In doing so, I follow in Peter Brimelow’s footsteps. Decades ago, he advised English-Canadians that they can never win the increasingly pointless “patriot game” in a hopelessly divided multicultural society.  He suggested that they identify instead with their co-ethnics below the 49th parallel.

It is time for American WASPs to reflect on the implications of that message.  Their own patriot game has been sidelined by the postmodern game of identity politics.  From now on, any and all proposed solutions to the crisis of the Republic should be subjected to one acid test: Is it good for white Anglo-Saxon Protestants?