The fetid stench of White Male Privilege. It reeks off this name: Ryan Coleman-Farrow. It also reeks off his behaviour:

An investigator from the Metropolitan police specialist sex crimes unit has admitted failing to investigate the alleged rapes and sexual assaults of 12 women by faking police reports, failing to pass on forensic evidence and not interviewing suspects. … Coleman-Farrow, 30, who was dismissed from the Met police in April last year [2011], stood in the dock at Southwark crown court to answer his name, and pleaded guilty to 13 charges of misconduct in public office by wilfully engaging in conduct amounting to an abuse of public trust between January 2007 and September 2010 …

A spokeswoman for Women Against Rape said: “This is a very serious case, because at least 12 victims have been denied justice and at least 11 rapists have received impunity as a direct result of this man’s actions. Every single case this specialist officer has been involved in should be reviewed.” The deputy chair of the IPCC [Independent Police Complaints Commission], Deborah Glass, said: “Ryan Coleman-Farrow was entrusted to investigate serious sexual offences and support some of the most vulnerable people in the criminal justice system. He let them down by his calculated abuse of their trust. His actions are beyond belief.” (Former Met police officer admits failing to investigate rape cases, The Guardian, 12nd September, 2012)

I agree with Ms Glass. But it’s clear what happened. The corrupt and incompetent Coleman-Farrow owed his job to his skin-colour. He was appointed ahead of decent, competent men with the wrong skin-colour. He was then held to far lower standards. And vulnerable women paid the price. That Guardian story truly is disgusting.

But it’s also puzzling. The Guardian had an Evil White Male full in its sights — and didn’t pull the trigger. Because this is the image that heads the story on the Guardian website: 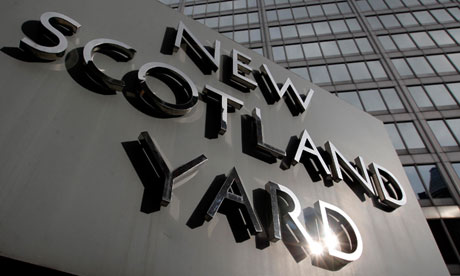 Where are the pasty features of the corrupt cracka Ryan Coleman-Farrow? Why has the Guardian not exposed him and his White Male Privilege before the world? Unfortunately for liberals, it doesn’t take long to find out: 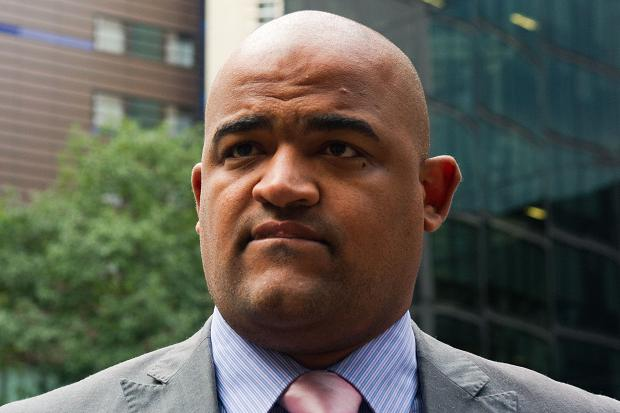 The image above is from the Daily Telegraph, which doesn’t yet share the Guardian’s attitude to reality. The Guardian has a simple response to facts it dislikes. It suppresses them. Ryan Coleman-Farrow is non-White and a crook. Solution? No pictures at PC HQ! It’s easy to deduce the liberal reasoning behind his appointment. Women are victims of the Evil White Male. So are non-Whites. Therefore a non-White male will be ideal for a “police specialist sex crimes unit.” He’ll work day and night to rescue his fellow victims from the Evil White Male.

But I’ll bet that Ryan Coleman-Farrow was easy to spot as a bad choice. However, he had what it took in modern Britain: non-White privilege. I suspect the same is true of “Detective Sergeant David Blackbrow”:

Scotland Yard has been accused of handing out a “slap on a wrist” to a detective who ignored a rape complaint against a man who went on to murder his two children. The detective was found guilty of misconduct but was allowed to keep his job after being given a written warning by a police discipline panel hearing. … The case concerned Detective Sergeant David Blackbrow, based at a specialist Sapphire unit in Southwark, south London, which handles allegations of rape and sexual violence. In November 2008 a woman accused Jean Say of rape and threats of violence, but her case was not investigated after police decided she had consented to having sex. Say went on to murder his daughter, Regina, aged 8, and son, Rolls, aged 10, with a carving knife. He was later jailed for life. After killing his children in 2011 during a weekend visit he phoned his estranged wife telling her to “come and get their bodies”.

The written warning given to the detective was criticised by Harriet Harman, Labour MP for Camberwell and Peckham, who said: “It is the most fundamental breach of the confidence of a vulnerable victim of a sex crime for the police officer to whom she complains to falsely claim that she consented. A slap on the wrist is woefully inadequate. Such officers have no place in the force. It makes you wonder what an officer could be sacked for. I shall be raising this with the home secretary and the Metropolitan police commissioner.” (Met police detective who ignored rape complaint allowed to keep job,The Guardian, 5th August, 2013) 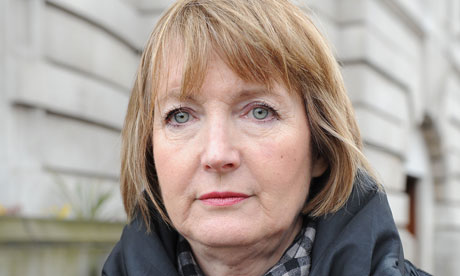 The Guardian heads the story with a photo of Harriet Harman, Labour politician and committed feminist. This suggests to me that David Blackbrow is not an Evil White Male. But I couldn’t find a  photo of him to prove it. Instead, I found a photo of Jean Say, the proven child-killer and probable rapist: 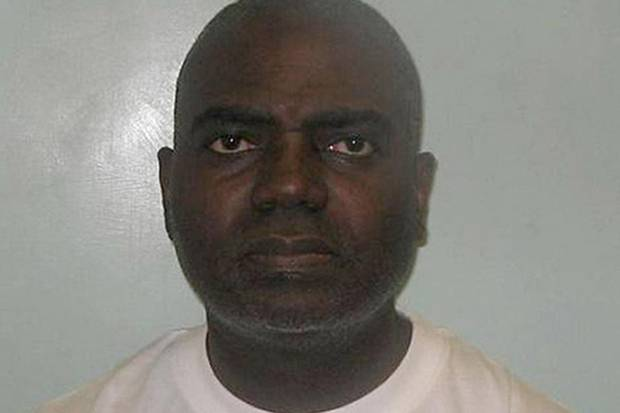 Here’s a fact the Guardian doesn’t like: Non-Whites commit murder and rape at much higher rates than Whites. Thanks to Harriet Harman and her fellow liberals, there are more and more non-Whites in the United Kingdom every day. That means more and more murder and rape for liberals like Harriet Harman to wring their hands over. Meanwhile, to ensure even more victims, liberals are anxious to fill the British police with corrupt and incompetent non-Whites. Ryan Coleman-Farrow is one example. Here is another:

Jamshid Ali Dizaei (born 1962) is a former Commander in London’s Metropolitan Police Service. Iranian-born with dual nationality, and formerly one of Britain’s more senior Muslim police officers, Dizaei came to prominence as a result of his outspoken views on racial discrimination in the London Metropolitan Police and various allegations of malpractice on his part. He was jailed for perverting the course of justice in February 2010. Although he was later released on appeal, he was eventually re-convicted and re-sentenced on 13 February 2012 and a further appeal was unsuccessful. He had received advancement after his criticism of the force following his claims of racism. He was a frequent media commentator on a variety of issues, mainly concerned with ethnicity and religion. (Ali Dizaei entry at Wikipedia) 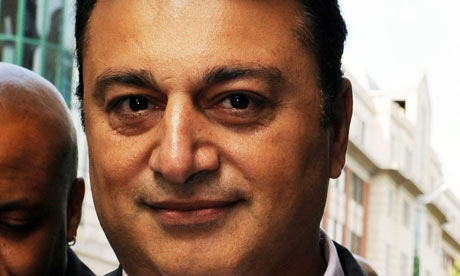 Ali Dizaei exploited his non-White privilege for decades, earning regular undeserved promotions and shouting “Racism!” whenever he was challenged. Like Ryan Coleman-Farrow, he proves that more non-Whites in the police will mean more corruption, more incompetence and more victims of crime. And what is the liberal response to these cases?

Met Plans One Ethnic Recruit for Each White: Force Bids to Change the Law to Boost Number of Applicants from Minorities

The largest police force in Britain could recruit an officer from an ethnic minority for every white officer it hires. Scotland Yard has held talks with the Government about changing the law to boost the number of ethnic minority applicants. The force said it wants to break the mould of a “white, male-dominated” force to match the growth of London’s ethnic population. Assistant commissioner Simon Byrne said the Met’s idea would mean they “could only recruit, in very broad terms, a white officer if you can recruit a black or minority ethnic person at the same time”. (Met Plans One Ethnic Recruit for Each White,The Daily Mail, 3rd June, 2013)

Calls for police ethics crackdown and positive discrimination in recruitment

An investigation by the home affairs select committee into the standards of police leadership in England and Wales, after a series of scandals involving the most senior officers, found a patchwork of training, standards and accountability countrywide. … Keith Vaz, the committee’s chairman, … Vaz repeated calls by senior officers, including Fahy, for the law to be changed to allow positive discrimination in recruitment to boost the numbers of officers from ethnic minorities. The committee said it was “deeply alarmed” by the complete absence of officers from a black or minority ethnic background on the strategic command course for future senior officers. (Calls for police ethics crackdown and positive discrimination in recruitment, The Guardian, 1st July, 2013) 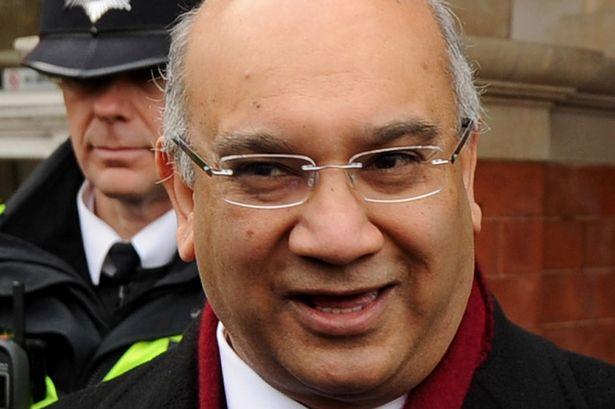 The slimy and corrupt Keith Vaz is another serial exploiter of non-White privilege. He should follow Ali Dizaei into jail, not head an important parliamentary committee. If he were really concerned about fighting corruption and discrimination, he’d return to his homeland India. Instead, he works tirelessly to make Britain into a Third World country too. His Labour colleague Harriet Harman works beside him, campaigning against rape and making sure there’s more of it. Watching Vaz, Harman & Co. in action, you can see the truth of this old saying:

The left is divided into three groups: the stupid, the naïve and the evil.