Someday historians will find an explanation for the gibbering insanity of British immigration policy this past fifty years. I have none. (John Derbyshire Finds There’s Still An England — And It Could Yet Be Saved, VDare, 14th November 2013)

Actually, some aspects of this insanity are quite comprehensible. For one thing, the gibbering insanity of British immigration policy reached its peak during the New Labour government (see here). Under Tony Blair, Britain’s treasonous narcissist-in-chief, Britain was flooded with workers for the jobs native Whites won’t do, like suicide-bombing, gang-rape, sadistic murder and no-trace body-disposal.

In this, Blair’s Britain is the exact opposite of far-off Israel, which is determined to maintain its racial and religious identity using border fences and mass deportations.

One might think that Blair would consistently oppose nations that control their borders and thus deprive themselves of all of that wonderful vibrancy and social dissolution. But that would be wrong. Despite its xenophobia and remoteness, Israel is very close to Blair’s heart: according to Haaretz, he is “generally regarded as the most pro-Israel prime minister in British history” (see here). 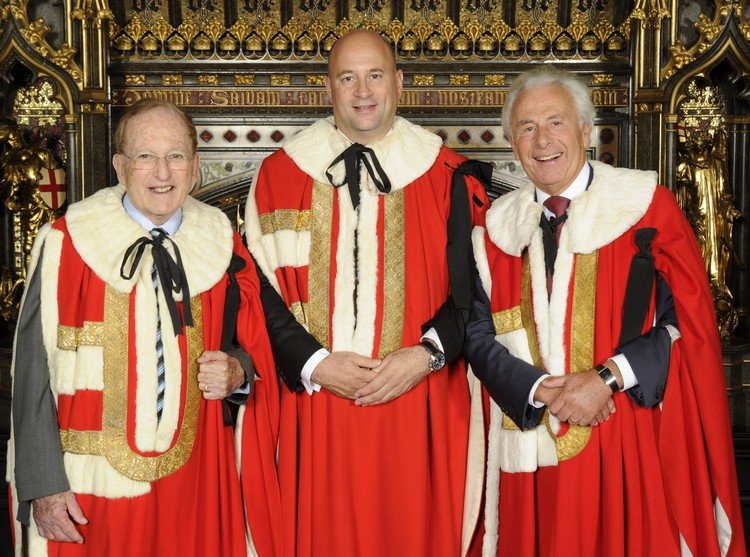 I am not puzzled by this seeming contradiction because Blair’s rise to power was funded by an ardent Zionist Lord Levy. But Levy was forced to depart after the “Cash for Honours” scandal, in which he sold life peerages to Jewish and Asian businessmen to raise money for Blair. He was replaced as chief Labour fundraiser by Jonathan Mendelsohn, another ardent Zionist and one-time head of Labour Friends of Israel (LFI). During his premiership Blair made lots of sycophantic speeches to LFI and to the Community Security Trust, another powerful Jewish organization. When he departed and was replaced by Gordon Brown, Brown made sure to keep the sycophancy flowing.

So here’s a question: Do politicians who receive lavish funding from rich Jews adopt policies that displease rich Jews?

I think not. Blair’s lies and deceit about the Iraq war did him absolutely no harm with Britain’s vibrant Zionist community. Nor did his open-door policies on immigration. Indeed, he appointed a Jewish minister to oversee them: the peculiar-looking Barbara Roche, who insisted to native Whites that Britain was a “nation of immigrants” and who co-founded the lobbying group Migration Matters, which campaigns for “progressive migration policies” (see here). 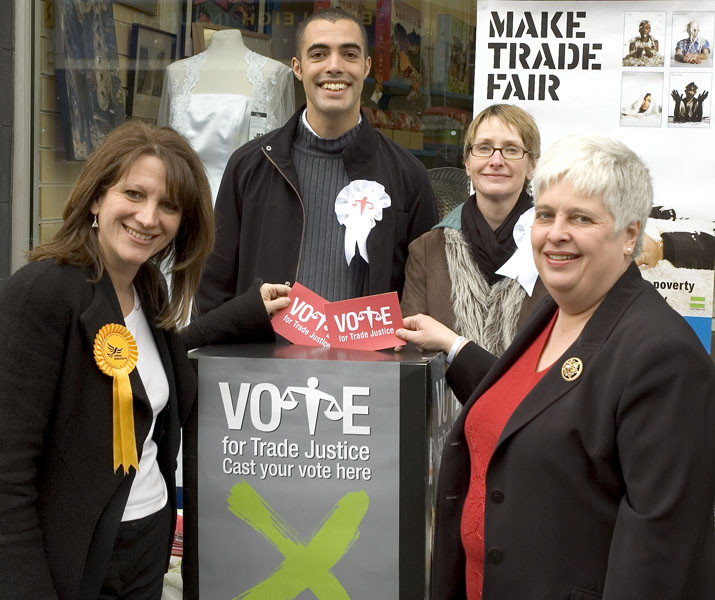 But Britain now has a new “Conservative” government under the part-Jewish David Cameron, who entered office loudly promising to slash immigration. Alas, he’s had little success: huge numbers of non-Whites are still pouring in. Does this displease Lord Feldman, the wealthy Jewish chairman of the Tory party who oversees its funding? Apparently not. Does it displease Feldman’s co-chairman, Grant Shapps, another wealthy Jew? Again, apparently not. The Jewish money continues to flow and the Conservative party continues to accept mass immigration and cultural Marxism. Indeed, the party promotes the latter: Cameron was central to the push for gay marriage. Like European integration, gay marriage isn’t popular with ordinary Tories, whom Lord Feldman is alleged to have called “swivel-eyed loons” (see here).

This is strongly reminiscent of the United States, where the leaders of the Republican party seem to despise ordinary Republicans and their views in the same way. And guess what: rich Jews are also funding both sides of American politics. The billionaire George Soros and his ilk fund the Democrats and the billionaire Sheldon Adelson and the rest of the Republican Jewish Coalition fund the Republicans. Adelson is an ardent Zionist just like Lord Levy. He wants an amnesty for illegal immigrants in America. But takes an entirely different line for Israel:

There is no question about Adelson’s support for the most racialist and nationalist elements in Israel. Adelson owns an Israeli newspaper that supports PM Benjamin Netanyahu’s hard right Likud government. And there can be little question of where his loyalties lie. He has stated that he wishes he would have served in the Israeli military rather than in the US Army, and that he wants his son to grow up to “be a sniper for the IDF [Israeli Defense Force].” (“Sheldon Adelson: Israel and Immigration)

Adelson backs sanity for Israel but “gibbering insanity” for America, which he wants to see flooded by non-Whites. The Republican hierarchy copies Adelson’s views as eagerly as it accepts his money.

This should go some way to enlightening Mr. Derbyshire on a critical force on behalf of immigration insanity in the UK and the US and immigration sanity in Israel. Quite simply, immigration policy cannot be understood without comprehending how Jewish wealth and power flexibly advance Jewish interests in the Diaspora while favouring completely different policies in Israel.