Despite being Jewish, the journalist Matthew Yglesias has a Christian surname – it means “Churches” in Spanish. And he displayed a truly Christian spirit of forgiveness when he was assaulted by Blacks in Washington in 2011: 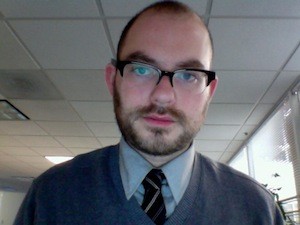 But to be clear about something — insofar as there’s supposedly a “game” here where the contestant tries to knock someone out with one punch, that absolutely isn’t what happened. I was knocked down, but definitely not out, and then after that I got kicked a bunch of times. If you’re familiar with the phrase “don’t kick a man while he’s down,” take note — it really hurts quite a bit to be kicked while you’re down. In fact, this substantial deviation from the “rules” of the “game” is a lot of what made getting violently assaulted for no reason such a physically unpleasant experience. … People shouldn’t minimize these concerns about urban violence, but it accomplishes nothing in terms of tackling them to concoct weird trends and games out of thin air. (Yglesias: I wasn’t a victim of “Knockout Game” because I was only knocked down, not out, iSteve, 25th November 2013)

Nothing to see here. It was a random attack – there are no conclusions to be drawn. In 2008, the Jewish journalist Brian Beutler nearly died at the hands of Blacks in the same city. And guess what? Beutler displayed the same Christian spirit of forgiveness:

The kid … drew a small, shiny object from wherever he’d been concealing it and passed it to his accomplice, who was standing opposite me. 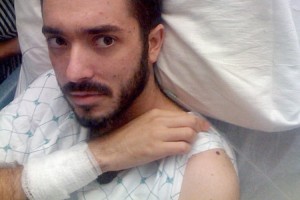 A second or two lapsed — long enough for me to recognize they weren’t joking, but not long enough for me to beg — before it discharged clap clap clap; my body torqued into the air horizontally, like I’d been blindsided by a linebacker, and I fell to the ground. … Everyone who’s ever shot me was black and wearing a hoodie. There just aren’t any reasonable inferences to draw from that fact. (The only thing we have to fear is inference itself, iSteve, 23rd August 2013)

Nothing to see here. It was a random attack – there are no conclusions to be drawn.

This spirit of forgiveness isn’t confined to America. The Anglo-Jewish journalist Matthew Norman encountered Black vibrancy in 1991 while staying with a friend in South Africa:

I suffer sharp pain in the back beneath the left shoulder blade, where the nerve ends for the lungs are located. It was 10 years ago [he’s writing in 2001] that a young burglar broke into the Johannesburg house I was staying in, breaking my friend’s skull and back, and then giving me hammer scars on head and arms preparatory to popping a knife into my left lung. [O]nce the pneumothorax operation had worked and the lung was reinflated, my surgeon Dr Wolfie Frankel pointed at the proximity of the wound to both heart and aorta on the x-ray, and said: “You, sir, are a very, very lucky boy.” (Diary of a hypochondriac, The Guardian, 22nd February 2001) 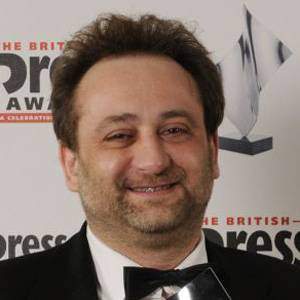 But Norman did more than forgive the crime: he actually helped the perpetrator to escape:

[M]y host was prostrate on the floor while a mocha-coloured boy of 15 or 16 – barefoot, and skinny enough to have squeezed through one of the grilles – was pile-driving a hammer on to his skull. Discarding the fag [cigarette] on a carpet already blood-soaked beyond redemption, I picked up a chair, and when it was smashed to pieces, a second, and when that had been demolished a third. While this pastiche of a saloon bar brawl continued, my host – pushing 60, and twice the survivor of a ruptured aorta – crawled off into the hall, and, I assumed from his stillness, died.

Half an hour later, a couple of giant Afrikaners from the security firm pitched up, languidly followed by an ambulance crew. By then, Lazarus was moaning faintly in the hall, his wife was bleeding from a hammer blow to the forehead, while so difficult had it become to breathe that I could not finish my cigarette, even though it felt likely to be my last.

The intruder was probably back in his township, Alexandra, about a kilometre away. Not being mad keen on witnessing any more bloodshed, I had warned him during a hiatus in the struggle that he would be shot dead by the security guys if he extended the visit. He took the point, and I helped shove him back through the grille. (A close encounter with South Africa’s demons, The Daily Telegraph, 15th February 2013)

The “mocha-coloured” burglar seriously assaulted three people and would almost certainly attempt more armed burglaries in future. Perhaps he had already murdered a White. Perhaps he would murder a White in future. Norman doesn’t seem to have cared. He certainly didn’t draw any racial conclusions about the crime.

Nor did the father of one of the two Jewish victims here:

The parents of acid attack victims Kirstie Trup and Katie Gee have denied the girls were targeted because they were inappropriately dressed during a Muslim festival. The two 18-year-olds, both from north-west London, were attacked in Zanzibar, east Africa, as the local population was observing Ramadan. Mr Trup told reporters the girls were targeted “for no reason”. He said: “We know it’s a Muslim country. They weren’t dressed inappropriately because they know the rules.”

… It is believed that both girls were careful not to wear anything that would identify them as Jewish. According to local deputy police commissioner Mkadam Khamis, “the motive for the attack on the volunteers, aged 18 years, has not been established.” (Parents deny acid attack girls were disrespectful during Muslim festival, The Jewish Chronicle, 9th August 2013)

If the girls weren’t identifiable as Jewish, the attackers must have thought they were simply White Europeans. This is why one girl’s father concludes that they were attacked “for no reason.”  Like Matthew Yglesias and Brian Beutler, he doesn’t think it was a hate-crime. After all, non-Whites are only the victims of hate, never its perpetrators. 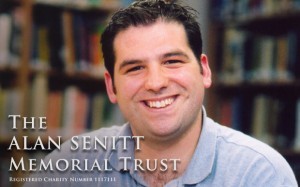 Here’s the same logic being applied to another attack by non-Whites on a Jew. This one was fatal:

From Pinner, North London, [Alan] Senitt was a former chairman of the Union of Jewish Students. He stood as the Labour Party candidate in Edgware, North London, in the May 2006 local elections. He worked with Lord Greville Janner [see accusations], a member of the House of Lords and vice-president of the World Jewish Congress in 2005, as director of the Coexistence Trust charity. He also worked for the All-Party British-Israel Parliamentary Group and the British Israel Communications and Research Centre. He moved to the United States in June 2006 to volunteer for Mark Warner’s political action committee Forward Together.

Senitt was murdered in the Georgetown area of Washington, D.C. early on 9 July 2006. Senitt, 27, was escorting a female friend home when they were confronted by three males; at least one had a gun, and one had a knife. One attempted to sexually assault the woman while the other two assailants grabbed Senitt, stabbed him and slashed his throat. Then they fled, riding away in a car driven by a woman. (Alan Senitt article at Wikipedia)

The article was presumably written by Senitt’s friends and family. It doesn’t mention that the murderers and attempted rapist were Black. After all, what relevance is their race? The murder and attempted rape had nothing to do with hate: they were random. Senitt and his female companion were in the wrong place at the wrong time.

But when Blacks play the Knockout Game against Jews in Crown Heights, NYC, suddenly Black-on-non-Black violence stops being random and starts being hateful:

All the victims were Jews.

A surveillance video shows the latest assault in Crown Heights at 9:30 p.m. on Sunday night, as a group of young African-American men cross the intersection at Kingston and Crown streets. One of them can be seen beating a Jewish man, 20-years-old, in the face.

Police confirmed that this is only one of the eight incidents being investigated by the hate crimes task force of the NYPD. A young Jewish girl was also attacked on Crown Street, and last Wednesday, a 12-year-old boy was beaten and thrown to the ground near Brooklyn Avenue and President Street.

Anti-Semitic graffiti has also been spray-painted in the neighborhood. Detectives are going door to door along Kingston Avenue on Tuesday, seeking additional surveillance video, which can lead them to those responsible. (Crown Heights Jews outraged after blacks play ‘knockout attack’ game on Hasidim, Your Jewish News, November 2013)

So Jewish victims like Matthew Yglesias and Brian Beutler claimed that there was no pattern in the crimes committed against them. But the Jewish victims in Crown Heights did see a pattern and wanted action taken. Why the difference? I think it’s simple. Matthew Yglesias and the rest didn’t think that they were targeted as Jews. Instead, they reasoned that the non-White criminals targeted them as White. This meant that Yglesias & Co. couldn’t admit that the criminals were inspired by hatred, because that would be politically useful to Whites.

However, in Crown Heights the Jewish victims know that the Black criminals are targeting them specifically as Jews, not as generic White Europeans. So the attacks were not anti-White but anti-Jewish. Now the concept of hate becomes useful to Jews. They can admit that Blacks are committing hate-crimes.

In other words, Jews are happy to be hated so long as they think they’re hated for being White. Remember that Brian Beutler and Matthew Norman nearly died at the hands of Blacks. They drew no racial conclusions from this.

Perhaps they thought that the Blacks would get it right next time and successfully murder a non-Jewish White.