The hum of the hive-mind. If you thought it was loud at the Guardian, you should try the New Statesman. Or maybe you shouldn’t. You might get tinnitus. Particularly if you read an article by the famous religious leader Richard Dawkins, who leads the world-wide cult of liberal atheism. He’s been writing about the greatest miracle on earth — the Miracle of Human Equality. In fact, this miracle is even bigger than I previously realized:

Human beings have only recently shown how very special they are. Fifty thousand years ago we had the same bodies and brains as today and we probably had language. But we didn’t have much by way of art, and our artefacts were limited to the functional — stone tools for hunting and butchering, for instance. (Apes with big brains: Richard Dawkins on what makes us human, The New Statesman, 6th January 2013) 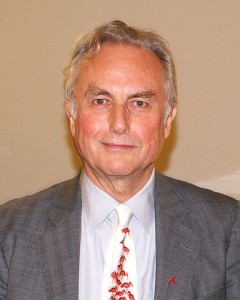 So Dawkins thinks that it’s only “probable,” not certain, that human beings had language fifty thousand years ago. It follows, then, that he thinks language is a supernatural phenomenon, floating free of biology and genetics. After all, those ancient humans had the “same brains” as we have today. If language depended on the brain, Dawkins would conclude that ancient humans certainly had language. He doesn’t and so, to the chief liberal atheist, language must be a supernatural phenomenon.

Culture must be supernatural too:

That changed around 40,000 years ago, when the archaeological record shows a sudden magnificent flowering of art and even musical instruments. Cultural evolution — which outpaces by orders of magnitude the superficially similar genetic evolution that had given rise to our big brains in the first place — went into overdrive. Next came the transition from the hunter/gatherer to the settled agriculture way of life, soon to be followed by cities, markets, governments, religion and war. The Industrial Revolution expanded cities to megalopolises, propelling our species to worldwide (and potentially disastrous) domination, and even to reach out to the moon and planets. (Apes with big brains)

Heavens! Those huge cultural advances took place without any influence on or from the genes. None whatsoever. It was all done with the “same brain” (contra Cochran and Harpending) even though some of those advances were confined to particular regions and are still unevenly distributed around the world (per J. Philippe Rushton). Science is a European invention, for example, and White Europeans have contributed by far the most to its development. Look at Charles Darwin, the Great Prophet of the Liberal Atheist Cult: he was English, just like his disciple Dawkins. But Darwin would have been very surprised to hear that all groups of human have had the “same brain” for “fifty thousand years.”

This is because Darwin understood that there are differences among the races. He believed that race was a real and important part of human biology and that different races had different brains. Inter alia, he didn’t think much of the intellectual capacity of Blacks (see here). Richard Dawkins and other liberal atheists reject Darwin’s “racism and bigotry.” They’ve applied pure reason to human evolution and deduced the existence of a huge miracle lasting thousands of years over the entire earth’s surface, from sunny Tahiti at sea level to chilly Tibet on the heights. This miracle has kept the human brain identical in all human groups, despite what appear to be quite different evolutionary pressures over long periods. 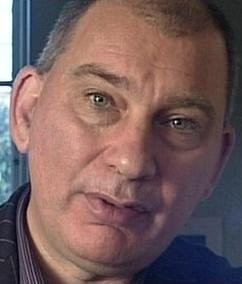 If Dawkins is the Pope of the Liberal Atheist Cult, then Nick Cohen is one of its leading cardinals. Both men firmly oppose race differences and sex differences, while firmly claiming to support science. They also support mass immigration. Here’s a short quiz to test whether you too can apply pure reason to the effects of mass immigration on sexism, science and free speech:

1. Blacks, Muslims and other non-Whites commit sex-crimes at much higher rates than Whites. Mass immigration by these groups into the United Kingdom will therefore be:

2. Blacks and Muslims have made no important contribution to modern science, disrupt the education of scientifically skilled groups and consume tax-revenue that might otherwise be spent on science. Mass immigration by these groups into the United Kingdom will therefore be:

3. Blacks, Muslims and other non-Whites despise free speech and react to criticism with hostility and violence. Mass immigration by these groups into the United Kingdom will therefore be:

0-10 points: Blasphemy!
15-20 points: Bad, but not blasphemous.
25 points: Good, but not un-Godly.
30 points: Congratulations! You’ve shaken off the shackles of outmoded superstition and embraced pure reason.