An obvious rejoinder to Tobias Langon’s article on censorship at The Guardian is that TOO itself does not believe in free speech because we do not post certain comments. My view is that it is entirely reasonable for publications to censor comments, and that is particularly the case with a publication like TOO. We have never censored comments that we simply disagree with. Rather, we seek an intellectual community that engages in rational, balanced, and factually based discourse. The reason comments were banned for quite a while on this site was that many people told me that they reflected poorly on the site. There are a lot of trolls out there who want nothing more than to damage the reputation of sites like this. Our enemies are heartened when comments on a site like this are obviously deranged, cranky, ill-informed or completely over the top (“all Jews are ___”; all non-Whites are ___”).

What we are aiming for is an intelligent and rational comment section. The types of commenters we are looking for will be scared away by comments that are not reasonable, insightful, and well-founded. Who wants to be part of a community of cranks and the dim-witted? We certainly don’t want to ban honest, rational criticism of the articles. We certainly don’t expect to agree with all the comments that are posted, and many such comments have been posted.

The Guardian is quite different. They doubtless delete comments of the same sort that we do, but the point is that they don’t post comments if they conflict with their radical leftist, pro-immigration/multiculturalism editorial line no matter how well-founded they are. The Guardian (like Charlie Hebdo which fired a staffer for saying that Nicolas Sarkozy’s son would “go far” by marrying a wealthy Jewish woman and converting to Judaism) loves it when people are fired or even jailed for thought crimes and cares little about the factual basis of what they have said. Certainly anyone citing scientific data on race differences would automatically be banned. This is certainly not what we are aiming at. 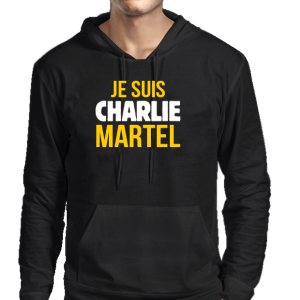