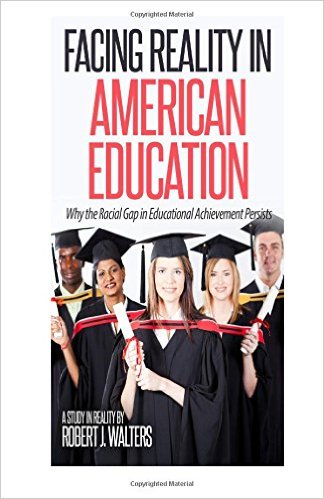 A review of Facing Reality in American Education by Robert J. Walters

There are over 1200 schools of education in the United States awarding upwards of 175,000 Masters Degrees each year. Prospective students are increasingly selected on the basis of demonstrated commitment to egalitarian ideology; in any case, all of them are  intensively marinated in that way of thinking for a couple years or more before being let loose in America’s classrooms. There, of course, they observe White, Jewish and Asian students outperforming Blacks and Mexicans—over, and over, and over again.

Some teachers’ beliefs are unaffected by even a lifetime of observation contradicting what they have been taught; such close-minded ideologues are the successes of our ed school system. But for many of their colleagues, cognitive dissonance is painful, and their inability to “make a difference” in the lives of their young Black and Brown charges can be deeply discouraging.

The education establishment makes sure these well-meaning teachers have nowhere to turn. Some become cynics who go on mouthing the platitudes they have been taught while learning not to care about their students. More than a few drop out of the profession entirely, at a considerable sacrifice of time and money invested. Very few, we can be sure, ever stumble across American Renaissance or any other publication that might allow them to make sense of their experiences.

It is for this sizeable demographic that Robert J. Walters has written Facing Reality in American Education. Mr. Walters is a successful businessman. For several decades, he has quietly supported scientific research in the field of human differences, including the work of Arthur Jensen and Thomas Bouchard’s Minnesota Twin studies — a rare and inspiring contrast with the “philanthropy” of businessmen like Bill Gates and George Soros. Now a grandfather ten times over, Mr. Walters is past the point where he need fear the attention of ideological enforcers; his book proudly bears his own name and photograph. Kevin MacDonald and Virginia Abernethy have contributed endorsements. 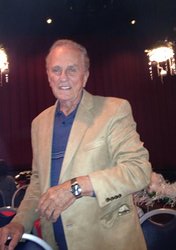 Facing Reality is a simple book in the best sense of the word. It begins with a historical sketch of race and American education which, although brief, will contain matter both new and surprising to most readers: schools open to both races existed as far back as colonial times, but well into the nineteenth century no more than a quarter of Americans received any formal schooling at all; segregation mandated by law was introduced in the South not following the Civil War or Reconstruction, but at the very end of the nineteenth and beginning of the twentieth century; it was viewed as a progressive measure at the time, and met with little initial Black opposition.

Black schools generally received funding comparable to that of White schools through the end of the nineteenth century. The inequalities we hear so much about arose in the early years of the twentieth century: e.g., in the North Carolina of 1917, $3.08 was spent on White pupils for every dollar spent on Black pupils. A reaction then set in, and the disparities eroded slowly but steadily over the half-century that followed. By 1952, two years before the Brown decision, the difference had fallen below 25 percent, and by the mid-1960s it had disappeared.

The Supreme Court’s decision in Brown v. Board of Education was made explicitly with a view to improving the academic performance of Black students. It did not do so; in other words, judged by its own standard, Brown was a failure. If desegregation is celebrated today, that is because it is now viewed as an end in itself.

The failure of desegregation to raise Black achievement has led to dozens of other proposals for accomplishing that goal. The heart of Facing Reality in American Education is its brief description of every sane and insane idea put forward for eliminating the racial achievement gap in America’s schools. There are forty-two in all, and the cumulative effect of all this failure will impress all but the most hardened ideologues. Proposals discussed include busing, Head Start, more spending per pupil, new classrooms, free lunches, universal pre-school, racial quotas, bilingual education, computers, online education, higher pay for teachers, vouchers, charter schools, magnet schools, and on and on.

Some of the ideas verge on the comical. Mr. Walters introduces us to Dennis Parker, a rancher from Sacramento whose educational principle of maintaining a “good relationship” with students is based on the methods he uses to train horses. He claims to be responsible for large test score increases at two California schools, and districts have paid him thousands of dollars per day for sharing his “horse sense” philosophy of education, which no doubt beats ranching. The author demonstrates the bogusness of Parker’s claims, but does not indicate that Parker has returned any of the money. Other oddball ideas include beginning math and science instruction “shortly after birth,” paying bribes to pupils for getting good grades, and requiring that at least half the books assigned to students be written by non-Whites.

Mr. Walters concludes his list with accounts of the most recent fiascos, No Child Left Behind and Common Core (the latter of which has unfortunately not yet had time to fail; but don’t worry, it will). There follows a brief chapter on the related issue of the racial gap in student misbehavior, and another on the erosion of overall standards which is the inevitable by-product of any effort to make all groups achieve at the same rate.

By this time the reader should be well prepared for the author’s brief account of the realist position and the most convincing evidence for it: IQ studies, twin studies and trans-racial adoption studies. Mr. Walters’ focus is on readers to whom these ideas are new and possibly unsettling, so he is careful to explain that the recognition of human differences is not meant to hurt any group; on the contrary, it would help adapt education to the needs of different kinds of pupils.

Facing Reality in American Education is a book which might achieve a great deal of good if it gets into the proper hands. It has already been promoted by Rush Limbaugh and Shaun Hannity on their radio programs, and is beginning to rack up positive reviews at Amazon.com. If you know a young teacher or anyone considering K-12 education as a career, slip them a copy of this brief and accessible book. It might save them years of frustration.