It was like meeting an old friend after a long absence. I’ve been listening to this top-notch radio interview show for about a year now, going back further and further into their archives for new interviews. Lo and behold, I found one from Feb. 2015 that featured the author of one of my favorite books!

First, I was elated that the author is still focusing on the same topic. Second, I learned that a new book on this topic is in the offing. Trust me, this is reason for celebration for the Occidental Observer crowd. 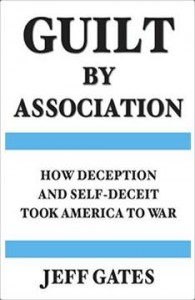 In early 2009, I ran across the book Guilt by Association: How Deception and Self-Deceit Took America to War. The author of this 2008 book is Jeff Gates, and he’s a fascinating  — and very rare — Washington insider, because he is heavily on page with respect to Jewish issues.

I wrote a review of the book seven years ago here and followed it up with a shorter blog here.  Today, I’ll draw from both of those reviews, as well as last year’s Internet radio interview. Without a doubt, Gates is a man worth listening to.

For starters, he’s a highly accomplished man, having served as a convoy commander in Vietnam, followed by law school. Later, he spent seven years as counsel to the U.S. Senate Committee on Finance, and in that capacity he was responsible for much of the federal law on pensions and on employee stock ownership plans, which are now in place in roughly ten thousand U.S. corporations, covering approximately 10 percent of the U.S. workforce. He later practiced law with Senator Russell Long of Louisiana and Senator Paul Laxalt of Nevada, who chaired Ronald Reagan’s three presidential campaigns. In addition, he has been an investment banker, advising the governments of thirty-five countries on financial matters.

Second, he’s little short of incendiary, as this introduction from Red Ice Radio, a fantastic source for pro-White views, shows:

Jeff [Gates] illustrates the US’s long-term relationship with the Israeli Zionist enclave that was recognized in 1948 during Truman’s presidency — a group responsible for expanding organized crime to a global scale behind the façade of a sovereign state.
Gates’ main thesis is that this conspiratorial cabal employs the recurring modus operandi of displacing facts with what people can be deceived to believe.  “Deception works the same,” he writes, “regardless whether the fraud is a shared belief in Iraqi weapons of mass destruction or a consensus faith in the infallibility of unfettered financial markets.” 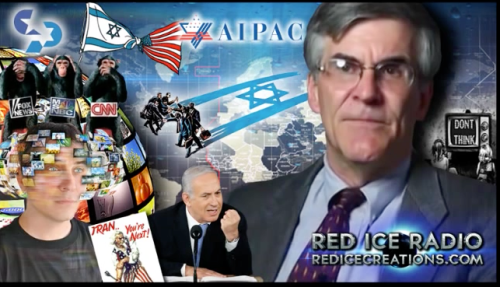 Deception. Wow, I’m familiar with that topic, as any regular reader can attest. In fact, at this very moment I am watching Chris Rock open the Academy Awards with a “searing, hilarious opening monologue.” Addressing the topic of why he’s on the attack against lack of Black nominees, he says:

Why this Oscars? It’s the 88th Academy Awards, which means, this whole no- black-nominees thing has happened at least 71 other times. You’ve got to figure it happened in the ‘50s and the ’60s. And black people did not protest. You know why? Because we had real things to protest at the time. We were too busy being raped and lynched to care about who won Best Cinematographer.

Here’s what I object to: Hollywood is among the most heavily Jewish power centers in the world, yet the whole narrative in our nation now is that somehow Whites are racist and responsible for the lack of colored faces at the Oscars. Let’s refine our categories, then. For argument’s sake, let’s accept the government practice of calling Jews Whites. Then we should say that White Jews are responsible for the faces we say at the Academy Awards.

I wonder if #SpotlightMovie would have won Best Picture if it was about child sex abuse among Orthodox Jews? See https://t.co/swXja2tlai

Don’t be fooled for a minute that Tom Hanks or Brad Pitt or Meryl Streep make the big decisions in Hollywood. No, they are mere hired hands, as talented and beautiful as they might be. It is the owners of Hollywood who exercise ultimate control and overwhelmingly they have always been Jews. This is a point I’ve written about extensively here as well as for The Occidental Quarterly, beginning with this long essay, “Understanding Hollywood Part I: Hollywood’s Jewish Identity.”

Here are three of the opening epigraphs I used:

“Indeed, from the very beginnings of the industry until the present, it is impossible to ignore the influence of Jews on the movie business or to overlook the importance of a Jewish consciousness in American films.” —Lester D. Friedman

“The Jewish involvement in motion pictures is more than a success story; it is the basis of the disproportionate influence that Jews have had in shaping American popular culture.” —Steven Silbiger

“The way Steven Spielberg sees the world has become the way the world is communicated back to us every day. —Stephen Schiff 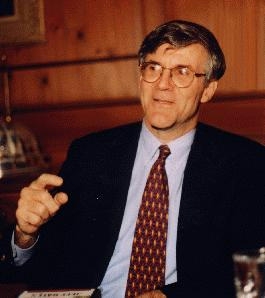 Now let’s connect Hollywood to something Jeff Gates addresses: “the infallibility of unfettered financial markets.” I believe I’ve clearly shown in these pages how deceitful Hollywood has been about the overwhelmingly Jewish character of those plunderers on Wall Street over the last generation. If you’re not yet convinced, go back and read my discussions of the following A-List movies: Other People’s Money, Margin Call, Arbitrage, and The Wolf of Wall Street.

And stay tuned for next month’s review of the book and film The Big Short. (Hint: There won’t be much talk about Jewish characters in either work.)

Since we’re on the topic of Jews, money and theft, let’s see what Mr. Gates has to say about the subject. First, before getting to Wall Street, a few words about what he has to say about Jewish financial misdoings in the early days of democracy in Russia will help. In his book, Gates claims that the pillage of Russian wealth in the 1990s is of a piece with the economic meltdown seen in America since roughly 2007. Here, he fingers former Treasury Secretary and Harvard President Larry Summers, arguing that Summers used his status to legitimate the massive loan-for-shares fraud that created the Russian oligarchs.

The upshot of the scam was that the “reform” of the Russian economy “turned out to be one of the great larceny sprees in all history, and the Harvard boys weren’t all merely naive theoreticians.”

To put this in perspective, Gates writes that “Yeltsin predecessor Mikhail Gorbachev charged in July 2005 that $1 trillion had been hidden abroad by those ‘plundering’ Russia. The facts suggest the total may be considerably more. . . . [t]he Yeltsin government enabled an Ashkenazi elite to take organized crime to a national scale.”

Now let’s return to the fair shores of America, where so much wealth disappeared when the subprime mortgage market imploded, taking venerable Wall Street firms down and saddling taxpayers with unfathomable debts.

Who was responsible in the main? “As in Russia,” Gates writes, “both the advisers and the new owners qualify for Israeli citizenship. Summers had a hand in both bailouts. As President-elect Obama scrambles to stabilize the financial system, will his pledge of clarity and transparency include an account of how — and by whom — he was advised to capitalize a transnational Ashkenazi oligarchy?” Writing from the perspective of 2016, it seems obvious that Obama has offered no such account of where to point the blame.

Guilt by Association offers so much — ways to think about how the terror attacks of 9/11 were used, organized crime in America, the traitorous Israeli attack on the U.S.S. Liberty in 1967, and Mossad’s deployment of “assets and sayanim.” Not many people write about sayanim, or Diaspora Jews willing to lend a helping hand to Israel and other Jewish causes.

Gates quotes one former executive director of AIPAC as saying “There are a lot of guys at the working level up here [on Capitol Hill] . . . who happen to be Jewish, who are willing . . . to look at certain issues in terms of their Jewishness. . . . These are all guys who are in a position to make the decision in these areas for those senators. . . . You can get an awful lot done just at the staff level.”

Gates indicates that he well understands how power works in the Information Age. Echoing themes of constant interest to TOO, Gates notes the role of self-deceit and “the disproportionate power wielded by those with outsized influence in media, pop culture, politics, academia and think tanks.”

Gates is also quite aware of the growing power of the Internet to disseminate forms other than prose to get his message out. His interviews can easily be found on YouTube, such as here, and you can watch a three-part interview on Press TV beginning here. And don’t forget last year’s interview on Red Ice Radio, mentioned above.

For a good sample of the book, the Introduction is here. Gates used to have a website, criminalstate.com, but it has disappeared. Still, one can find examples of his many blogs at places such as this.

Guilt by Association may be slightly dated but it is still well worth reading. It can easily be found on Amazon, and I highly recommend getting it. Since he has promised to release the second installment of the book series in time to influence this year’s election, be on the look-out for that.

Overall, I’d say the reason I’m encouraged by the work Mr. Gates has done is that he is an Establishment figure willing to speak up about a critical subject.

Well, that’s what I’m hoping — that more powerful mainstream people will begin to take on this crucial task. Could Donald Trump move in that direction or help others to do so? It’s a long shot, but one can always hope.