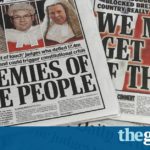 As I showed in an earlier article on Jews and Brexit, Jewish attitudes are complex and nuanced because Jewish interests on Brexit are not entirely clear. (Needless to say, the interests of Britain as a whole, much less White Britain, are not relevant to this internal Jewish debate.) Nevertheless, there can be little doubt that the recent push to have Parliament vote on Brexit is very much a Jewish project. Much ink has recently been spilled on the efforts of the Mischon de Reya law firm to “derail” Brexit. The technicalities of this effort are fairly straightforward — the goal is to render null and void the referendum on EU membership and shift the decision from the hands of the people to the highly compromised halls of power at Westminster. According to Mischon de Reya, “Parliament must have its say.”

While discussion has hitherto been focussed on these technicalities, considerably less attention has been paid to the firm’s history, character, and demographic. Mischon de Reya was founded by Victor Mischon, the son of a rabbi in 1937, and its senior partners still appear, in the main, to be drawn from London and New York Jews. There is considerable crossover between influential positions at Mischon de Reya and those at the Board of Deputies of British Jews and similar organizations. Victor Mischon was at one time a President of the B.o.D., and more recently these links remain in the form of Anthony Julius who has worked for both de Reya and the B.o.D., and also in the form of James Libson who heads Mishcon de Reya’s Private department, and has carried out a great deal of pro bono work for Jewish causes. The Daily Mail reports that the firm, which has been accused of “treason,” has refused to “name any clients linked to its Brexit action — and would not confirm if it had worked for free.” However, it is reported that one of the most influential figures among this group of ‘hundreds’ of “anonymous academics and businessmen” is Jewish property speculator Alex Chesterman. One thus begins to notice a pattern emerging. 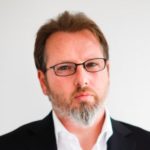 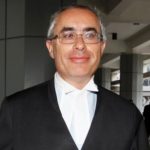 Chesterman is reported to have lobbied ‘fellow businessmen’ and ‘academics’ back in June, and at that time employed Mischon de Reya to carry out the desired legal work for mounting a challenge against Brexit. Chesterman’s lawyer of choice was at de Reya was David Pannick QC. The Jewish News reported back in June that Pannick, who is also Jewish, soon complained to the Royal Courts of Justice that his staff had been subjected to “anti-Semitic abuse” for their actions against Brexit, illustrating quite clearly the demographic of the team working on this treason.

We join yet another dot when we discover that Pannick’s panic was heard at the Royal Courts of Justice by the equally Jewish Sir Brian Leveson. Pannick asked Leveson whether the names of claimants should be redacted, given the abuse, saying: “People have been deterred from [making legal claims].” By ‘people,’ Pannick must surely have been inferring that Jews have been hindered from ‘making legal claims.’ Predictably, Leveson acceded to Pannick’s request, with the result that anti-Brexit backstabbers are now operating behind a legally imposed veil to undermine the democratically expressed will of the British people. 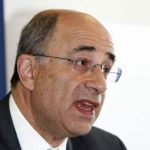 Catastrophically, the High Court has now accepted Mischon de Reya’s legal challenge against Brexit, with the Daily Mail describing the judges involved as “enemies of the people.” Of the three judges who came to that decision, media attention has focussed on the Lord Chief Justice, Lord Thomas. Hardly mentioned at all are the other two judges, the Jewish homosexual Terence 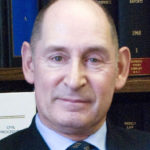 Etherton and the New Labour mogul Philip Sales, also said to be Jewish. Quite apart from any ‘conspiracy theory,’ the facts about the legal challenge to Brexit are as follows:

Jews are thought to comprise around 0.5% of the British population, and in light of this statistic the demonstrable prominence of Jews in the legal challenge against Brexit must be seen as nothing less than remarkable. 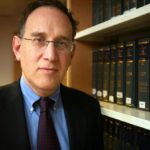 One of the more infamous of Mischon de Reya’s current crop of lawyers is Anthony Julius (the subject of a previous series of articles by me). While studying English literature at Cambridge University between 1974 and 1977, Julius placed himself “among those Jews who have sought out anti-Semitism.” He admits in his Trials of the Diaspora to becoming part of a “radical faction” which emerged in the humanities at that time, and that he was heavily influenced by his reading of “Freud … and the line of Western Marxist thinking that can be traced from the Austro-Marxists through to Antonio Gramsci and the Frankfurt School.” After graduating Julius went to law school and, when he finished there, he started his career as an ethnic activist by becoming chief lawyer to the British Board of Deputies of British Jews, an organization comprising elements of both the American Jewish Committee and the Anti-Defamation League. In 1983 he successfully defended the Board of Deputies when it was sued by a Conservative Party candidate. The Board of Deputies had conducted a propaganda campaign, distributing flyers in the candidate’s constituency during a General Election detailing his previous involvement with the National Front, an association the Board of Deputies claimed was evidence of the man’s anti-Semitism. In 1992, after he was expelled from Canada, David Irving applied for access to the documents which provoked his expulsion under Canada’s Access to Information Law. Among these documents “Irving claimed, was a dossier on his activities compiled by the Board of Deputies of British Jews and sent to the Canadian authorities. Irving wanted to sue for libel, but Julius, who acted for the Board, said that Irving was ‘sadly too late’ in filing the proper papers.”